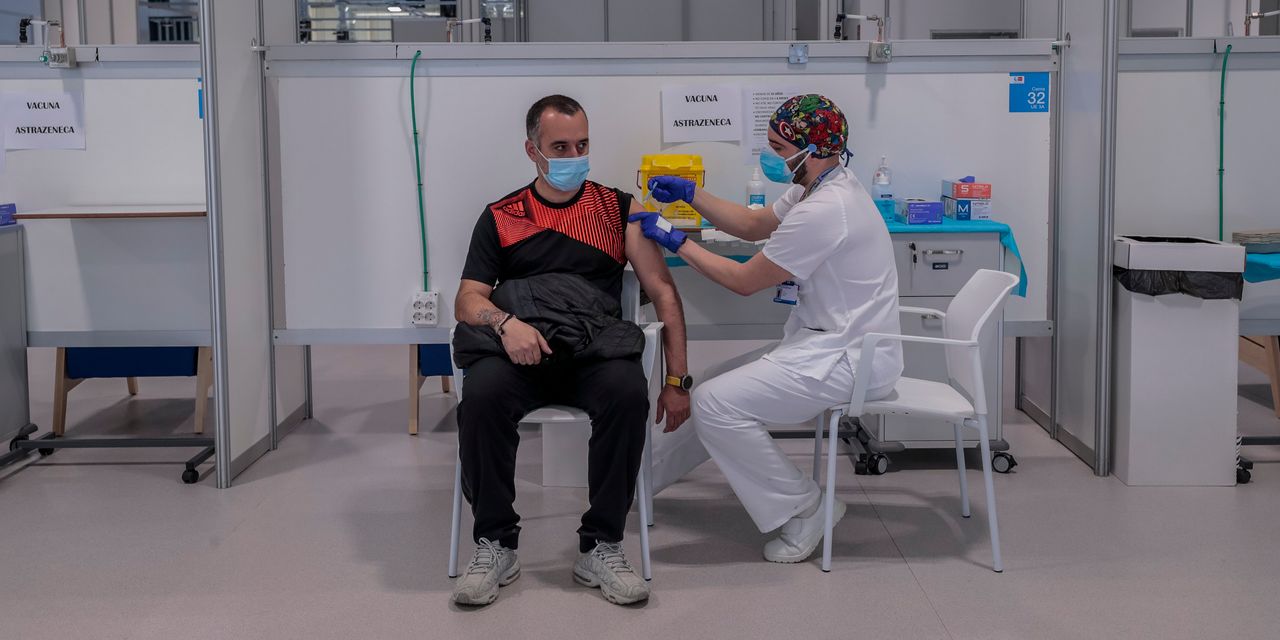 BRUSSELS—The European Union is extending a mechanism that allows member states to block vaccine exports, keeping the system in place until the end of June.

The system allows member states, with the approval of EU officials, to stop vaccine exports to most non-EU countries by companies that previously signed contracts with the bloc to supply vaccines.

The move by the European Commission, the EU’s executive arm, on Thursday follows EU efforts to hit back at critics of its slow-rolling vaccine campaign. EU officials are saying that the bloc is the only major economy that has been exporting vaccines world-wide on a large scale. That has brought the EU into conflict with the U.K. in recent days, which summoned a senior EU official earlier this week, to chastise Brussels for accusing the U.K. of banning vaccine exports.

EU Trade Commissioner Valdis Dombrovskis said the first weeks of the export ban option had shown that “the trade disruption feared by many did not take place.”

“This confirms that even during a very critical health situation, the EU has made a considerable effort to be a reliable and responsible trading partner,” he said.

Since its introduction on Jan. 30, the export ban has been applied only once, when Italy, with approval from Brussels, last week stopped the export of 250,000 vaccines from AstraZeneca PLC to Australia. Italy made the decision in part because AstraZeneca is on target to supply only half the 80 million vaccine doses the EU was expecting in the first quarter, one reason for the EU’s slow vaccine rollout.

During the same period, EU member states have permitted 249 vaccine exports to 31 countries for a total of over 34 million doses, making the bloc the largest exporter of coronavirus vaccines, officials say. Over 100 countries are exempted from the bloc’s optional ban.

Adoption of the export ban has stirred controversy within the EU and abroad, with some warning it could lead to retaliatory vaccine component bans against the EU and others saying the bloc should have put in place a tighter export ban at a time when many EU member states are struggling to vaccinate their population.

Several EU leaders recently called for a broader export ban, including possibly blocking vaccine components. However, officials have said that could put at risk the EU’s own vaccine supply chain and undermine confidence in the region’s role as a global pharmaceutical leader.

The EU has hit back against claims of vaccine protectionism by arguing that while it was exporting vaccines, the U.S. U.K. and others aren’t selling stocks of vaccines abroad.

European Council President Charles Michel’s accusation earlier this week that the U.K. had an “outright ban” on Covid-19 vaccine sales brought a rebuke from Prime Minister Boris Johnson and Brussels was asked for a formal apology.

The U.K. government doesn’t ban vaccine exports, but under the contracts it signed with vaccine providers, it has locked in first-come, first-served agreements that bolstered the U.K.’s vaccination campaign.

The EU was slower last year to sign vaccine orders than the U.K. and U.S., and production delays from some companies and slow delivery mechanisms in member states have hampered the bloc’s vaccine rollout.

Doubts persist about how quickly the EU will be able to speed up its vaccine campaign in the coming months despite the expected approval by the EU’s drug regulator of a fourth vaccine— Johnson & Johnson’s —later Thursday.

LONDON — A nightmarish tale of a Senegalese soldier fighting for France in World War I, and a workplace novel set on a spaceship, are among the six … END_OF_DOCUMENT_TOKEN_TO_BE_REPLACED

In 2020, when the world suddenly ground to a halt, most people postponed or canceled all of their plans due to the coronavirus crisis. Many … END_OF_DOCUMENT_TOKEN_TO_BE_REPLACED