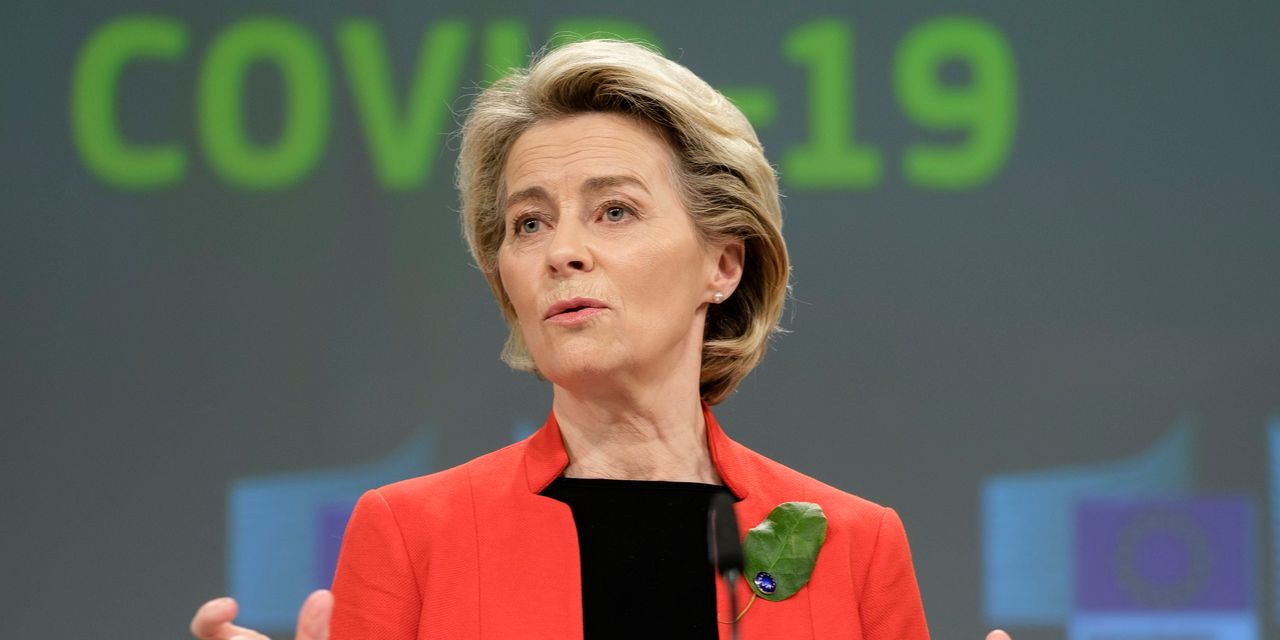 BRUSSELS—The European Commission is proposing to make it easier for European Union governments to block Covid-19 vaccine exports, a step that would likely escalate tensions with the U.K. and potentially damage ties with other countries.

The proposal will be debated at a meeting of EU leaders on Thursday and Friday, where it looks likely to receive backing. However, the real test of its significance will be the guidance handed down by leaders on how broadly the export ban should be used.

Struggling with its own vaccine program, the EU’s executive in late January allowed member states to stop vaccine exports from the bloc provided the move had backing from the European Commission.

However, the instrument has been used just once, when Italy blocked a batch of vaccines destined for Australia. Since late January, the EU has shipped 380 vaccine batches abroad, totaling more than 40 million vaccines, including more than 10 million to the U.K. despite the continued difficulties facing the bloc’s campaign.

The commission has been contemplating barring exports to the U.K., whose own vaccine program has moved rapidly but which hasn’t exported any doses.

Phil Shell loves the Bay Area and its real estate market. He’s been building his career here as an agent over the past eight years, but even he hasn’t … END_OF_DOCUMENT_TOKEN_TO_BE_REPLACED

DS4 Cross DS The Plug-in hybrid seems the perfect answer to the electric car dilemma; battery power for all your local needs and a traditional motor … END_OF_DOCUMENT_TOKEN_TO_BE_REPLACED