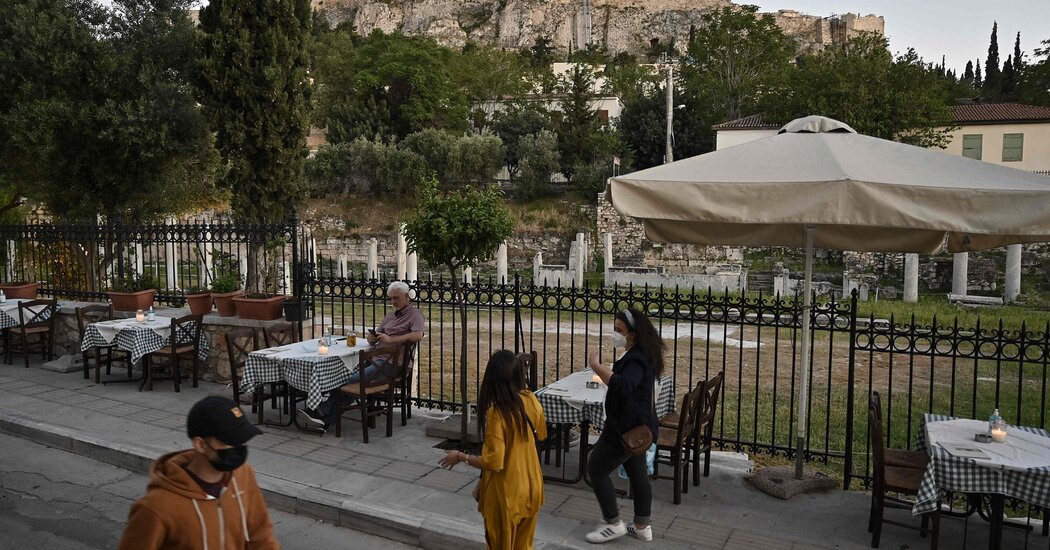 The European Union agreed on Wednesday to reopen its borders to visitors who have been fully vaccinated with an approved shot, or those coming from a list of countries considered safe from a Covid perspective, its executive said, putting the rules in place just in time for the summer tourist season.

Ambassadors from the 27 member states reached consensus at a meeting on Wednesday, endorsing a proposal by the European Commission, which will see the bloc reopen its borders to tourists and other travelers more freely after being largely inaccessible for over a year.

The list of safe countries based on epidemiological criteria will be finalized on Friday, and the new measures could go into effect as early as next week, according to European officials involved in the process. The president of the European Commission had previewed the measures in an interview with The New York Times in April.

The bloc will accept visitors who have received full immunization using one of the shots approved by its own regulator or by the World Health Organization. That covers the Pfizer-BioNTech, Moderna, Johnson & Johnson, AstraZeneca and Sinopharm vaccines. This would open the door to Americans, who have been receiving shots from Pfizer, Moderna and Johnson & Johnson.

Member states will retain the freedom to tweak these measures if they want to take a more conservative approach, meaning that some European countries could retain demands for negative PCR tests or quarantines for certain visitors.

The bloc will also maintain an emergency-brake option, a legal tool that will allow it to quickly snap back to more restrictive travel conditions if a threatening new variant or other Covid emergency emerges.

Things we love about San Francisco: burritos, partying in parks, the fog, and everyone’s favorite pastime — discussing the price of rent! The … END_OF_DOCUMENT_TOKEN_TO_BE_REPLACED

TEHRAN — Iran’s ultraconservative judiciary chief, Ebrahim Raisi, has been elected president after a vote that many Iranians skipped, seeing it as … END_OF_DOCUMENT_TOKEN_TO_BE_REPLACED