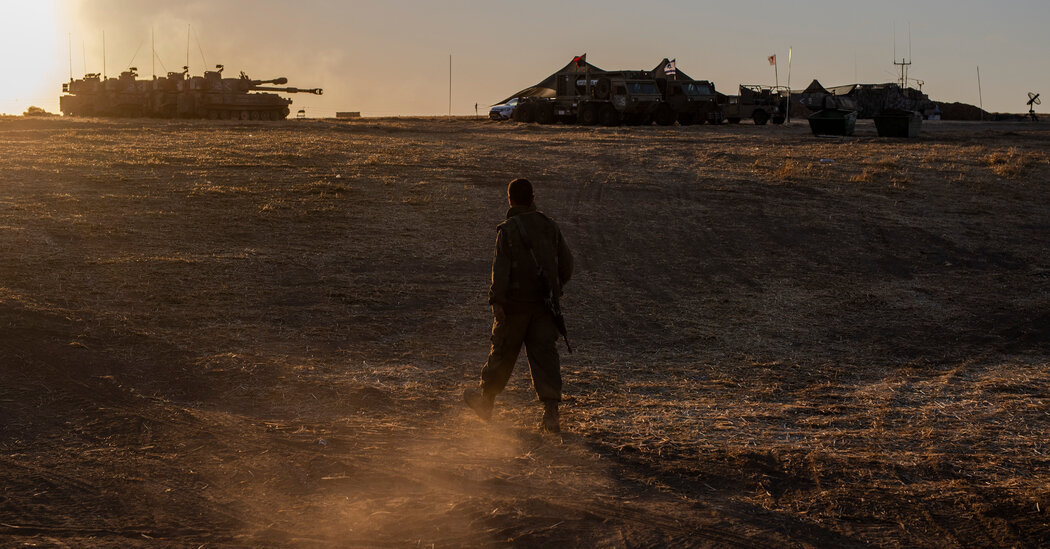 BRUSSELS — European Union foreign ministers overwhelmingly called for an immediate cease-fire between Israel and the Palestinians in an emergency meeting on Tuesday, according to the bloc’s foreign policy chief, Josep Borrell Fontelles.

All of the member states except Hungary backed a statement that condemned rocket attacks by Hamas and supported Israel’s right to self-defense but also cautioned that it had “to be done in a proportional manner and respecting international humanitarian law,’’ Mr. Borrell said at a news conference.

He said that the number of civilian casualties in Gaza, “including a high number of women and children,’’ was “unacceptable.’’ And he said that the European Union, as part of the quartet with the United States, Russia and the United Nations that seeks peace in the Middle East, would push to restart a serious diplomatic process.

“The priority is the immediate cessation of all violence and the implementation of a cease-fire,” Mr. Borrell said. Foreign policy in the European Union works by unanimity, so Mr. Borrell’s comments, despite Hungary’s opposition, were an effort, he said, “to reflect the overall agreement.”

evictions of Palestinians from East Jerusalem.

“The representatives of the European public, the ministers of foreign affairs in this case, are trying very hard to deal with the situation and find the best possible contribution by the E.U. to de-escalate and stop the violence,” he said. “And I think that’s it. I can only repeat that of course the casualties are unacceptable.”

AUSTIN, Texas--(BUSINESS WIRE)--As the first multifamily management company to be recognized in the Public Relations and Marketing Excellence Awards, … END_OF_DOCUMENT_TOKEN_TO_BE_REPLACED

There have been whispers of cooling housing and rental prices in the San Francisco Bay Area, but that hasn't yet translated into practical, noticeable … END_OF_DOCUMENT_TOKEN_TO_BE_REPLACED

Cars pass in Independence Square at twilight in Kyiv, Ukraine, Monday, Oct. 31, 2022. Rolling ... [+] blackouts are increasing across Ukraine as the … END_OF_DOCUMENT_TOKEN_TO_BE_REPLACED