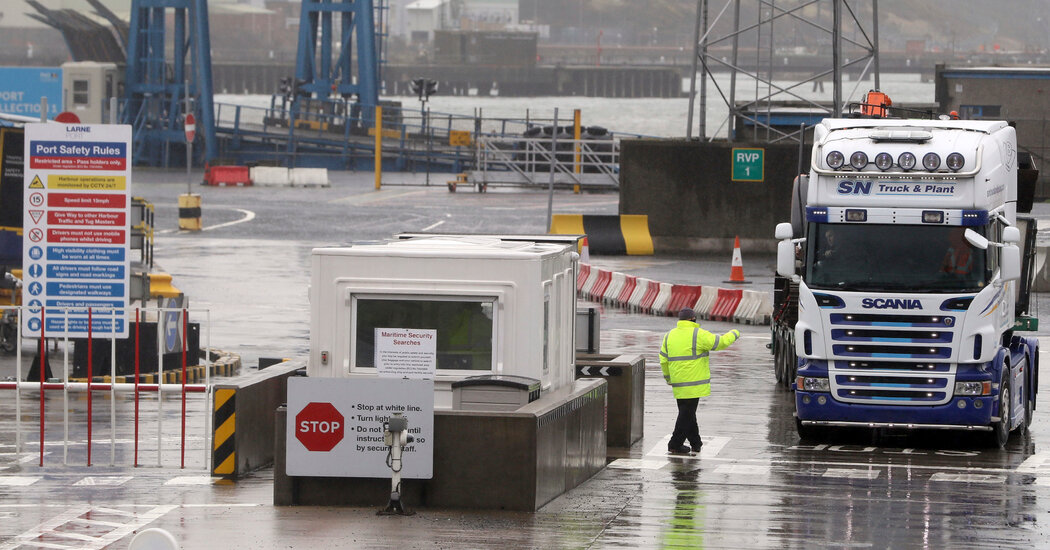 BRUSSELS — The European Union announced on Monday that it is taking legal action against Britain for what it called a violation of a legal agreement over Brexit and Northern Ireland that was part of a trade pact forged between the two sides last year.

European officials said Brussels was responding to a move this month by the British government to unilaterally ease trading and border rules for Northern Irish businesses by extending a grace period for implementation of the Brexit accord.

Under a protocol on Northern Ireland that was part of the pact, Britain is required to consult the European Union on changes to its implementation — which it did not do. The protocol was aimed at ensuring that there was no hard border between Ireland, a member of the bloc, and Northern Ireland, which is part of the United Kingdom.

The officials said Britain had twice in the last six months unilaterally broken the agreement, first with a bill last December that dropped some elements objected to by the European Union, and then with the unilateral decision earlier this month to extend a grace period for British goods arriving in Northern Ireland until Oct 1.

has written to David Frost, his British counterpart, urging Britain to refrain from putting the unilateral steps into practice and instead work with Brussels to find joint solutions that could provide British businesses stability and predictability.

“The E.U. and the U.K. agreed the protocol together,” Mr. Sefcovic wrote. “We are also bound to implement it together. Unilateral decisions and international law violations by the U.K. defeat its very purpose and undermine trust between us.”

Relations between Britain and the European Union have been tendentious for some time over issues surrounding the Northern Ireland protocol, the larger agreement on Britain’s withdrawal from the bloc, and over vaccine supplies.

Brussels has accused Britain of holding back vaccines scheduled for Europe and even of a ban, which does not exist, on vaccine exports. In return, the British government has touted the speed and success of its vaccine procurement and rollout, comparing it to the slower pace of the European Union, and argued that Brexit has made that success possible.

The legal process over the grace period allows Britain a month to respond, and another month for examination. If not resolved before then, Britain could be brought before the European Court of Justice and face trade sanctions.

On a landlocked street corner at the entrance to the South Street Seaport stands a shabby, rust-streaked old lighthouse, its lantern dark, dwarfed by … END_OF_DOCUMENT_TOKEN_TO_BE_REPLACED

Kohl's announced Friday that it is terminating talks to sell its business, saying that retail environment has significantly deteriorated since the … END_OF_DOCUMENT_TOKEN_TO_BE_REPLACED