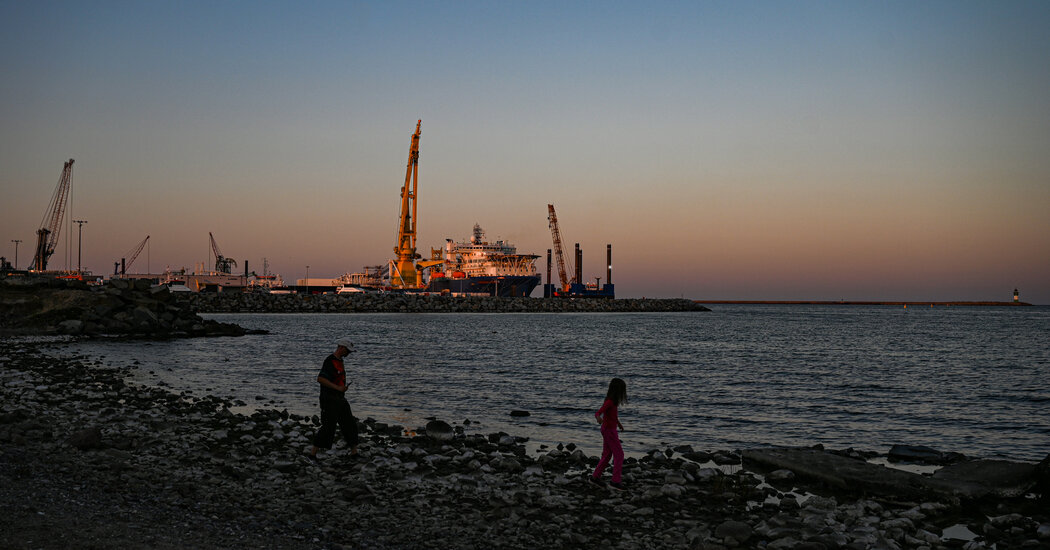 BRUSSELS — The new Biden administration is making nice with the European Union, talking of renewed cooperation and suspending retaliatory tariffs stemming from an old dispute between Airbus and Boeing.

But despite the warm words and efforts at rebuilding trust, the American willingness to punish its European allies and impose sanctions on them in pursuit of foreign-policy goals continues to rankle.

It is an underlying tension, a ready reminder of the asymmetric power of the United States. That is especially so when it comes to what are known as secondary sanctions. While Iran and Russia, for example, may be the primary target of sanctions, the secondary sanctions punish other countries and companies — very often European — that do business with them as well.

Increasingly popular with Congress, secondary sanctions have been deployed to coerce allies to fall into line on any number of issues. In recent years, those have included the Nord Stream 2 natural gas pipeline, Iran’s nuclear program and the socialist governments of Venezuela and Cuba. The great fear is that they would some day be used by the United States against China — or even vice versa — leaving Europe squeezed in the middle.

a marked vulnerability for Europe, which depends on open markets. It has prompted serious discussions of how to defend Europe and the euro from Washington’s whims, and it has become a central part of the argument about how to create “strategic autonomy,” so Europe can protect its own interests.

Last month, the European Union announced efforts to strengthen an “anti-coercion instrument’’ against “unfair trading practices.” The main sources of them are China and Europe’s self-professed ally and partner, the United States.

While Europe favors using multilateral institutions on trade disputes, “we cannot afford to stand defenseless in the meantime,” said Valdis Dombrovskis, the European Union’s commissioner for trade. The European Union must be able to defend itself “from those trying to take advantage of our openness,’’ he said.

Denying access to the American market and the dollar is “an immense source of political power,’’ said Jonathan Hackenbroich of the European Council on Foreign Relations in Berlin, who has studied the issue as part of a project with senior German and French officials, who want to reduce European vulnerability.

Almost any company that has business in the United States or uses the American banking system or the dollar is going to try to preserve that relationship and cut off business with the target of the sanctions, he said, even to the point of “overcompliance.”

Mr. Borrell wrote that “we need to develop the international role of the euro, to avoid being forced to break our own laws under the weight of secondary sanctions.”

But few believe that the euro will become a rival to the dollar any time soon, or perhaps ever, given Europe’s slow growth, its internal divisions over how to solidify and strengthen the euro, and the growing power of China and the renminbi.

an estimated $2 billion, while Siemens lost a rail contract worth $1.5 billion and Airbus lost $19 billion.

President Biden has said that he will rejoin the Iran deal, but will not lift sanctions until Iran returns to compliance. Although most diplomats assume that Washington and Tehran will work out some sort of sequencing, European companies remain hesitant.

the debate over how Europe can project its own power and protect itself from larger and more powerful nations, whether allies or competitors, will not go away.

An affordable center-chimney Colonial in Glastonbury, CT, is the oldest property to hit the market this week on Realtor.com®.Offered at a steep … END_OF_DOCUMENT_TOKEN_TO_BE_REPLACED

Nissan was one of the early pioneers of the electric car. The Leaf has now sold over 600,000 units worldwide since its launch in 2011 and is still … END_OF_DOCUMENT_TOKEN_TO_BE_REPLACED

RUDNE, Ukraine — Yurii Brukhal, an electrician by trade, didn’t have a very dangerous role when he volunteered for Ukraine’s territorial defense … END_OF_DOCUMENT_TOKEN_TO_BE_REPLACED