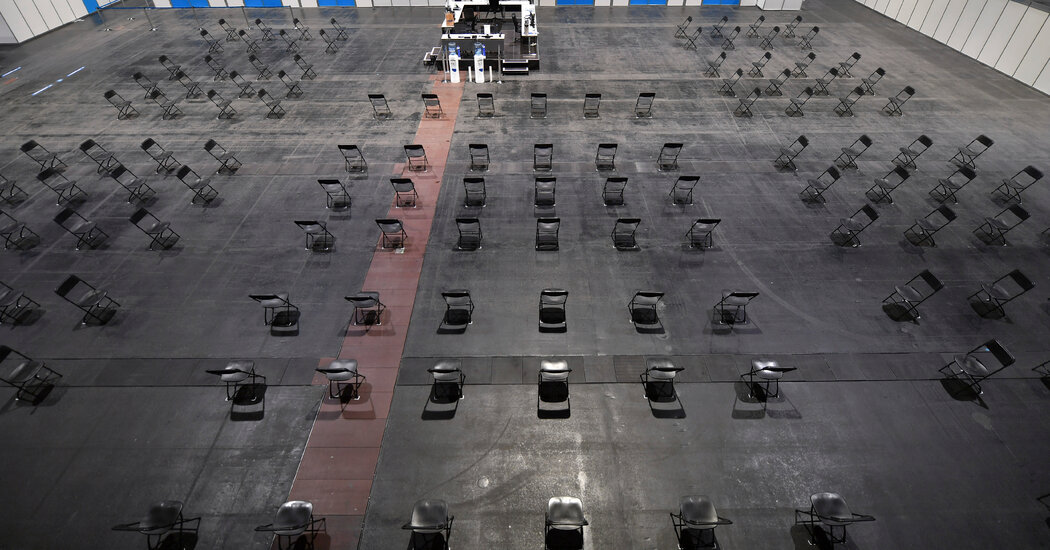 Those political considerations rippled across the continent in recent days after someone in Austria who had been given the AstraZeneca vaccine died after developing blood clots. An unremarkable event, it nevertheless prompted that country in early March to stop using a batch of that vaccine. Other countries soon followed suit, raising an alarm about any new reports of blood clotting, rare as they may have been.

In recent days, Spain’s health minister, Carolina Dorias, spoke to her counterparts around the continent, according to an official from the ministry, who asked not to be named because the discussions were private. There was a case of thrombosis detected in Spain last weekend, and some regions had stopped distributing a batch of AstraZeneca vaccines, amid safety concerns.

But the chief motivation was political.

France, too, appeared to bow to pressure to act in unison with its powerful neighbors. It had been relying on the AstraZeneca vaccine to catch up on vaccinations after its glacial start, and Olivier Véran, France’s health minister, had said only days ago said there was “no reason to suspend.”

But after Germany made its intentions clear — and public — Mr. Macron had a choice between following suit or being an outlier. And so on Tuesday, Mr. Véran changed his tune. France, he told Parliament, had to “listen to Europe, listen to all the European countries.”

That was the sort of thing Mr. Speranza, Italy’s health minister, expected might happen after he spoke with his counterpart in Germany, in a discussion recounted by an Italian official with knowledge of it.

When Mr. Speranza brought the issue to Prime Minister Draghi, he noted the unbearable public pressure Italy would face if it alone used a vaccine considered too dangerous for Europe.

Mr. Draghi, a champion of European unity, checked in with Chancellor Angela Merkel in Berlin, and with Mr. Speranza decided to suspend AstraZeneca until Europe’s medicines agency gave it the all clear.

DALLAS — The rollback of abortion rights has been received by many American women with a sense of shock and fear, and warnings about an ominous … END_OF_DOCUMENT_TOKEN_TO_BE_REPLACED

The poshest place in California's Coachella Valley is The Madison Club. This exclusive gated community in La Quinta is where A-listers and tycoons … END_OF_DOCUMENT_TOKEN_TO_BE_REPLACED