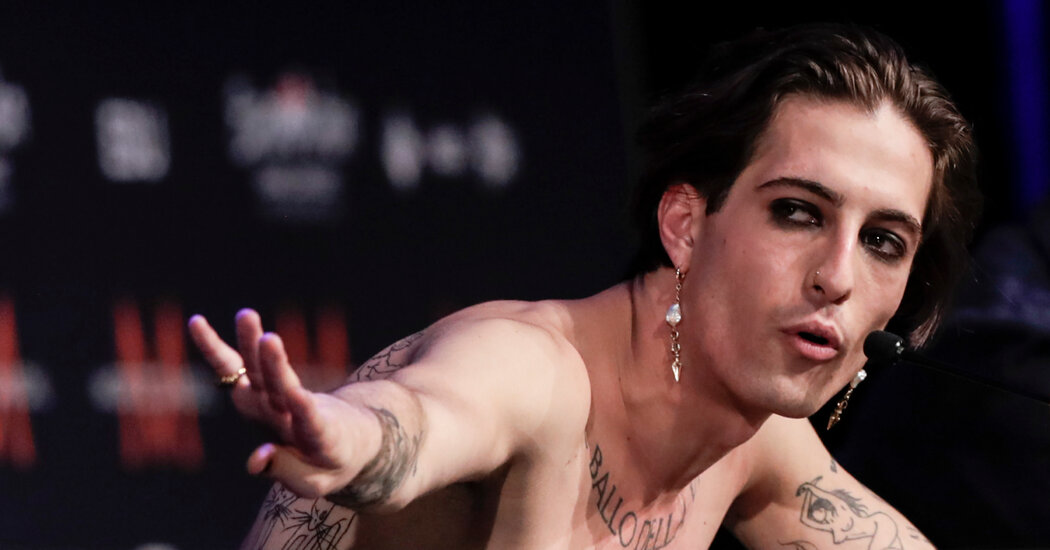 “Online, people are suggesting that you were taking cocaine,” the reporter said. “What was it?”

Mr. David denied the speculation, saying that he bent down because another band member had broken a glass.

A moderator of the news conference quickly tried to cut off the line of questioning.

“Let’s keep the questions about the artists and the music for tonight,” she said.

The European Broadcasting Union said in a statement on Sunday that a broken glass had been found after a check of the site.

Before the show’s broadcasters announced that Mr. David had passed a drug test, Clément Beaune, the French minister of state for European affairs, suggested during an interview with the television network BFMTV on Monday that there should be sanctions against Maneskin, including the band’s possible disqualification, if Mr. David tested positive for drugs.

In an Instagram post on Monday, Ms. Pravi said that Maneskin’s win was well deserved and that the band had been chosen by the viewers. She said it was their victory and their moment.

As the band’s members hoisted the glass microphone trophy that is given to the winners of Eurovision, Mr. David declared that rock ’n’ roll was here to stay.

Joe Burrow #9 of the Cincinnati Bengals against the Tennessee Titans during the AFC Divisional Playoff at Nissan Stadium on January 22, 2022 in … END_OF_DOCUMENT_TOKEN_TO_BE_REPLACED