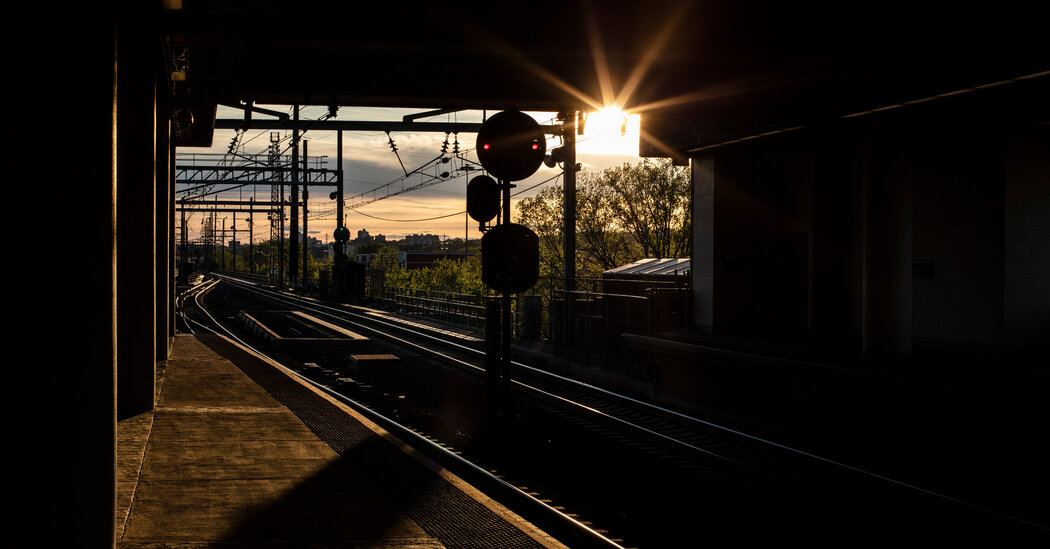 Before the pandemic, the trains of New Jersey Transit could be cattle-car crowded, with strangers pressed so closely against you that you could deduce their last meal. That level of forced intimacy now seems unimaginable.

After the outbreak, ridership on New Jersey trains, which in normal times averaged 95,000 weekday passengers, plummeted to 3,500 before stabilizing at about 17,500. A similar pattern held for the Metropolitan Transportation Authority’s Metro-North and Long Island Rail Road lines: in February 2020, nearly 600,000 riders; two months later, fewer than 30,000.

For many months, the commuter parking lots were empty, the train stations closed, the coffee vendor gone. At night, the trains cutting through Croton-on-Hudson in Westchester or Wyandanch on Long Island or in Maplewood, N.J., were like passing ghost ships, their interior lights illuminating absence.

But in recent weeks, as more people have become vaccinated, New Jersey Transit and the M.T.A. have seen a slight uptick, to about a quarter of their normal ridership.

Perhaps this signals a gradual return to how things had been; or, perhaps, it is a harbinger of how things will be, given that many people now feel that they can work just as efficiently from home.

The Seattle Seahawks are very much still in the running for Baker Mayfield. (Photo by Stacy ... [+] Revere/Getty Images) Getty Images The Seattle … END_OF_DOCUMENT_TOKEN_TO_BE_REPLACED

(CNN) — Kim Kyung-seop recalls going to cheap bars after class with his friends, where they binged on as much makgeolli as possible. "You know the … END_OF_DOCUMENT_TOKEN_TO_BE_REPLACED