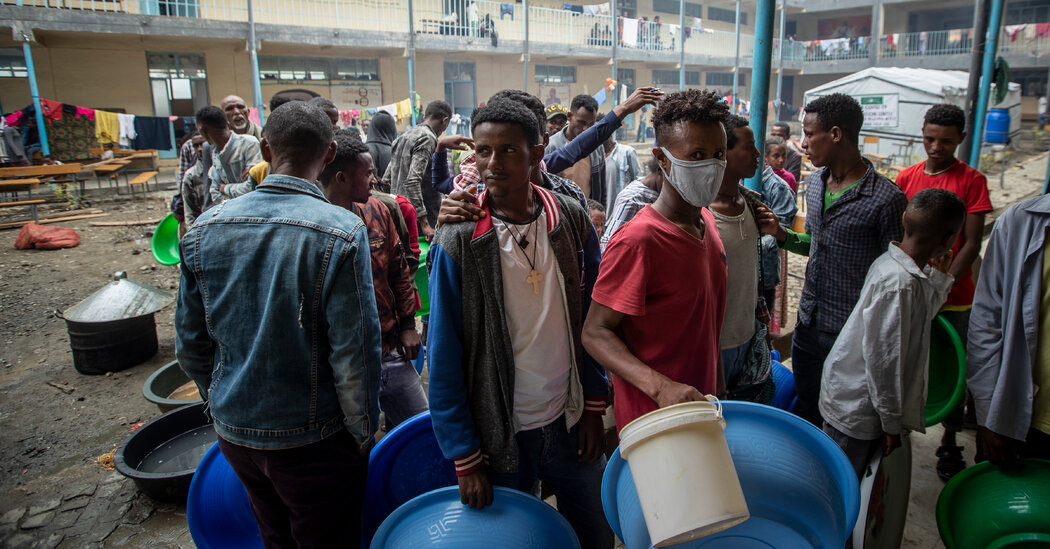 Famine is now knocking on the door of Ethiopia’s Tigray region, where a civil war that erupted last year has drastically cut the food supply and prevented relief workers from helping the hungry, the top U.N. humanitarian official has warned.

In a confidential note to the United Nations Security Council, the official, Mark Lowcock, the under secretary general for humanitarian affairs, said sections of Tigray, a region of more than 5 million people, are now one step from famine — in part because the government has obstructed aid shipments.

The note, seen by The New York Times, was submitted Tuesday under a Security Council resolution requiring such notification when conflicts cause famine and widespread food insecurity.

“These circumstances now arise in the Tigray region of Northern Ethiopia,” Mr. Lowcock said in the note. While below-average rain, locusts and the Covid-19 pandemic have all contributed to food scarcity, he said, “the scale of the food crisis Tigray faces today is a clear result of the conflict and the behavior of the parties.”

What Mr. Abiy, a Nobel Peace Prize laureate, predicted would be a short operation has instead become a quagmire that threatens to destabilize the Horn of Africa. Ethiopian and Eritrean troops have been accused of ethnic cleansing, massacres and others atrocities in Tigray that amount to war crimes.

While the United Nations and international relief organizations have achieved some cooperation from the Ethiopian authorities in gaining access to deprived areas of Tigray, Mr. Lowcock said in his note, such cooperation has deteriorated in recent months. “Humanitarian operations are being attacked, obstructed or delayed in delivering lifesaving assistance,” he wrote, and at least eight aid workers have been killed.

“As a result of impediments and the effect of restrictions, not nearly enough support is being provided,” he wrote. He urged Security Council members “to take any steps possible to prevent a famine from occurring.”

His warning was echoed by Samantha Power, the administrator of the United States Agency for International Development, the main U.S. government provider of humanitarian assistance to needy countries. Ms. Power, a former American ambassador to the United Nations, said in a statement that one of the aid workers killed had worked for the agency she now runs.

took the unusual step of penalizing Ethiopia over growing American exasperation with Mr. Abiy’s actions in Tigray. Secretary of State Antony J. Blinken announced visa restrictions on officials linked to the conflict, preventing their travel to the United States.

With cooler weather and the holidays approaching, it's time to reassess your living space for the next season. And what better way to perk up your … END_OF_DOCUMENT_TOKEN_TO_BE_REPLACED

More From ForbesSep 28, 2021,02:29am EDTJapan Is Lifting Its Covid-19 State Of Emergency After Five Months Of … END_OF_DOCUMENT_TOKEN_TO_BE_REPLACED