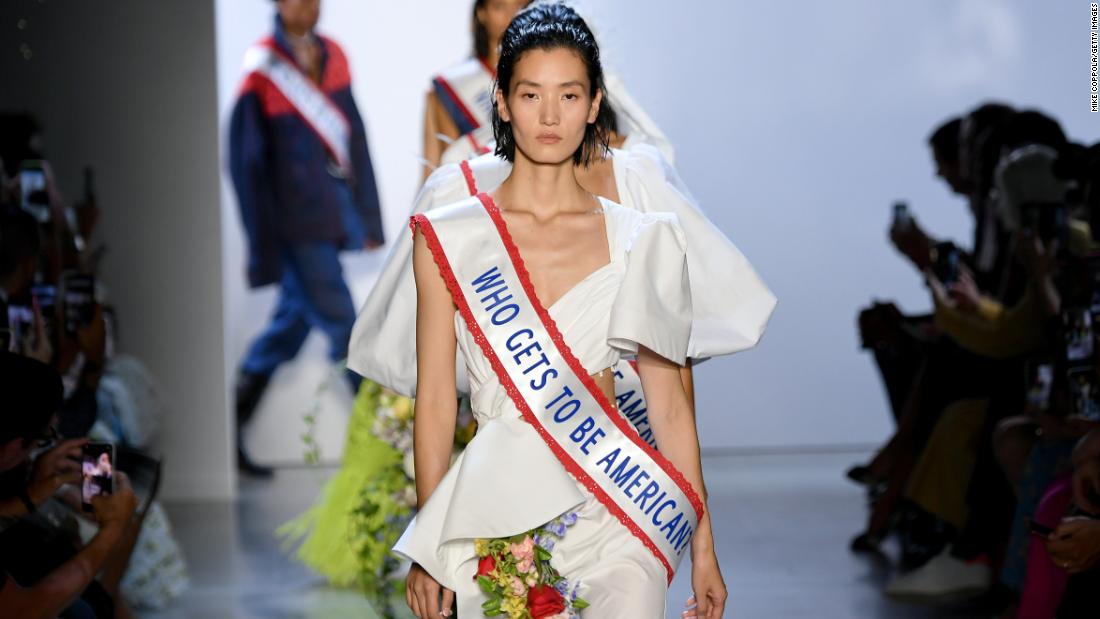 Following a wave of anti-Asian hate crimes taking place in the US in recent weeks, prominent figures from across the fashion industry are coming together to voice their concern and condemn the violence.

In the last 24 hours, influential voices such as Allure magazine’s editor-in-chief Michelle Lee and designer Phillip Lim have posted videos on Instagram to share their personal experiences of racism and to raise awareness using the hashtag #StopAsianHate.
Since late January, a striking number of attacks against Asian Americans — in particular, the elderly — have put communities on high alert, and especially during the Lunar New Year holiday.
In San Francisco, an 84-year-old immigrant from Thailand died after being violently shoved to the ground during his morning walk by a 19-year-old man. In nearby Oakland’s Chinatown, police said a man pushed three unsuspecting people, injuring a 91-year-old man, a 60-year-old man and a 55-year-old woman. A 64-year-old woman was robbed outside a Vietnamese market in San Jose, California.
While it’s hard to prove such incidents are solely motivated by anti-Asian bigotry, many advocates and rights groups believe them to be, pointing to a pattern of targeted hate since the coronavirus pandemic began.

“A lot of this (violence) has been caused by misplaced hate and anger and frustration over the pandemic, to the point where our elderly have been attacked randomly,” Lee said in an Instagram video. “It’s not just the harassment and name calling with the “kung flu,” it really has now moved to people being attacked and killed.”

“We’ve been shouting it for months now and people don’t seem to care,” she continued.

In his own powerful post, Lim said watching viral videos of attacks and crimes targeting Asian businesses had been emotionally difficult. And that it wasn’t until he reached out to Asian American friends and colleagues that he started hearing accounts of them being “bullied, harassed, attacked” in their own neighborhoods, over the past month.

Many in the Asian community are calling the seemingly unprovoked attacks hate crimes, spurred by racism and discrimination towards Asians during a year-long battle with the coronavirus in the US, and inflammatory language such as “China virus,” and “kung flu” vocalized by former President Donald Trump.

According to data released by Stop AAPI Hate released on February 9, over 2,800 firsthand reports of anti-Asian hate across 47 states and DC — which included physical assaults, verbal harassment, and being purposely coughed or spat on — were collected between mid-March through the end of 2020. In January, the Biden administration signed into memorandum guidance to combat anti-Asian bias incidents, acknowledging the spike in cases that have risen during the pandemic due to “inflammatory and xenophobic rhetoric” that “has put Asian American and Pacific Islander (AAPI) persons, families, communities, and businesses at risk.”
Designer Prabal Gurung also took to Instagram, posting a “how to help” graphic that has been circulated with the #StopAsianHate campaign, with a call to action, urging his followers to volunteer or donate to community groups, to help amplify Asian artists, authors and activists, and to speak up.

“To build an equitable world, we have to be actively anti-racist,” Gurung wrote in the accompanying post. “Anti-racism is not a hashtag but a life long commitment.”

Gurung and Lim are members of the Council of Fashion Designers of America (CFDA), which this week also put out a statement on “zero tolerance for hate crimes of any kind.”

“I sit here feeling somewhat helpless, invisible, and semi-defeated because our Asian stories aren’t being reported in mainstream media,” Lim said. “It feels like we do not matter or exist.”

“I’m sure you guys have your own family stories … with varying details of sacrifice, but I believe all with the common goal of searching for a better life,” he continued, after showing photos of his family’s journey immigrating to America to camera. “A safe haven with the promise of infinite possibilities and the freedom to pursue the American dream in a country we all call home.

Other influencers speaking out on social media include Instagram’s director of fashion, Eva Chen, and British fashion journalist Susie Lau, who also goes by Susie Bubble.

A Jewish-Australian AccentReading your letter really resonated with me. Not because I am Asian-Australian myself, but because I undeniably have what I … END_OF_DOCUMENT_TOKEN_TO_BE_REPLACED

He's a legend in New Jersey high school wrestling – and a mystery in the stock market.Paul Morina, the principal of Paulsboro, New Jersey, High … END_OF_DOCUMENT_TOKEN_TO_BE_REPLACED