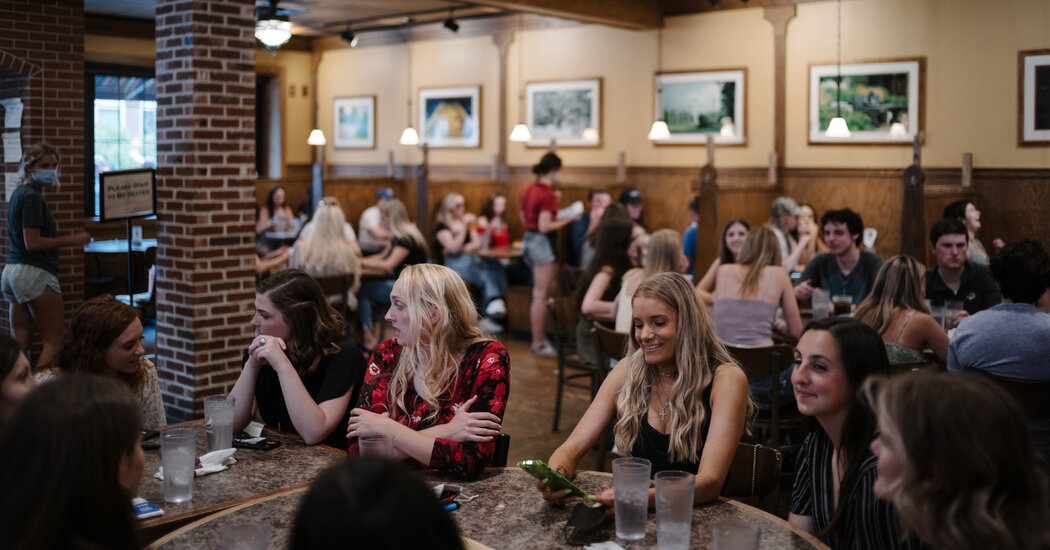 Dr. Anthony S. Fauci said on Sunday that he was open to relaxing indoor masking rules as more Americans get vaccinated against the virus, just two days after the Centers for Disease Control and Prevention belatedly emphasized the danger of airborne transmission.

Dr. Fauci, President Biden’s chief medical adviser for the pandemic, said that as vaccinations climb, “we do need to start being more liberal” in terms of rules for wearing masks indoors, though he noted that the nation was still averaging about 43,000 cases of the virus daily. “We’ve got to get it much, much lower than that,” he said.

On Friday, the C.D.C. updated its guidance about how the coronavirus spreads, stating explicitly that people can inhale airborne virus even when they are more than six feet away from an infected individual. Previously, the agency had said that most infections were acquired through “close contact, not airborne transmission.”

The update brought the agency in line with evidence of the danger from airborne droplets that epidemiologists had noted as the pandemic unfolded last year, and, according to some experts, also underscored the urgency for the federal Occupational Safety and Health Administration to issue standards for employers to address potential airborne hazards in the workplace.

on CNBC. He said that relaxing indoor mask mandates now — “especially in environments where you know you have a high level of vaccination”— would give public health officials “the credibility to implement them” again in the fall or winter if cases surge again.

Dr. Fauci, asked by George Stephanopoulos on ABC’s Sunday program “This Week” whether he agreed, said: “I think so, and I think you’re going to probably be seeing that as we go along, and as more people get vaccinated.”

“The C.D.C. will be, almost in real time, George, updating their recommendations and their guidelines,” Dr. Fauci continued. “But yes, we do need to start being more liberal as we get more people vaccinated.”

Over a third of the U.S. population — more than 112 million people — is fully vaccinated and another 40 million people have received the first dose of a two-dose protocol.

The C.D.C., which issues national guidance on masking, says that even vaccinated people should continue to wear masks in indoor public spaces, including restaurants when they are not actively eating and drinking. In many places across the country, it is clear that the guidance is not being followed.

fewer than 60 as of Saturday.

MUSCATINE, Iowa--(BUSINESS WIRE)--HNI Corporation (NYSE: HNI) announced today its Board of Directors declared a quarterly dividend of 32 cents per … END_OF_DOCUMENT_TOKEN_TO_BE_REPLACED

Tokyo (CNN) — The Japan Tourism Agency announced on Tuesday, May 17 that it would start allowing small group tours in May as part of a "test tourism" … END_OF_DOCUMENT_TOKEN_TO_BE_REPLACED

If you’re superstitious, today is your day.That's because it's Friday the 13th (the only one of the year, in fact). It's a day when bad juju reigns … END_OF_DOCUMENT_TOKEN_TO_BE_REPLACED