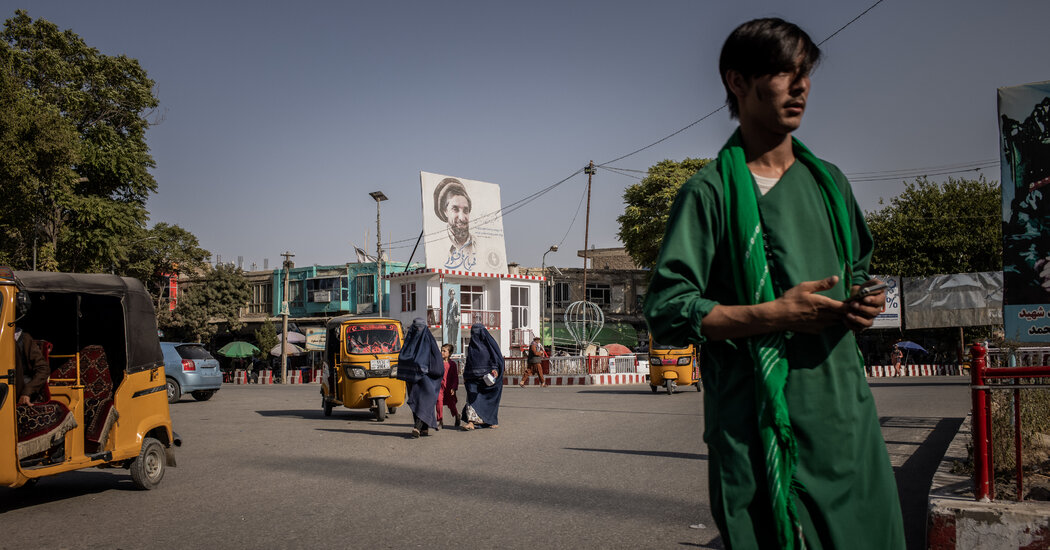 KUNDUZ, Afghanistan — The Afghan way of war in 2021 comes down to this: a watermelon vendor on a sweltering city street, a government Humvee at the front line just 30 feet away, and Taliban fighters lurking unseen on the other side of the road.

When the shooting starts, the vendor makes himself scarce, leaving his melons on the table and hoping for the best. When it stops, selling resumes, to customers now all too rare.

“I don’t have a choice. I’ve got to sell the melons,” said the vendor, Abdel Alim, speaking to New York Times journalists while he kept an eye on a lane within Kunduz city from which he said Taliban had emerged. “Most people have left,” he said. “There is fighting all the time.”

374,000 in Afghanistan’s north, and several other provincial capitals as well, as the Afghan government’s war with the Taliban enters a new and dangerous phase. For weeks, the insurgents have captured vulnerable districts across the country’s north, sometimes without even firing a shot. And on Wednesday, the Taliban said they had captured an important border crossing with Pakistan, at Spin Boldak — the fourth crossing they have seized in less than a month.

taken by the insurgents in 2015 and then again in 2016. Both times, the insurgents were eventually pushed back by the Afghan forces with help from American airstrikes. It was here that an American gunship mistakenly blasted a Doctors Without Borders hospital in 2015, killing 42 people.

This time, the Americans won’t be coming. The battle for Kunduz has become an intimate fight between Afghan opponents at close range.

“Every night they come to these houses and fire on us,” said the chief of police of Kunduz’s Third Municipal District, Sayed Mansoor Hashimi, looking out at now-vacant dwellings all around his police station. “Slowly, slowly they are tightening the circle.”

The war in Kunduz is intertwined with the fabric of the city. Shopping trips are planned between bursts of war. Residents no longer pay sufficient attention, said Marzia Salam Yaftali, the medical director at Kunduz Regional Hospital. “They are wounded in the streets or in the bazaar,” she said.

At the hospital, Ezzatullah, 14, lay in one of the wards, his legs wrapped in bandages: He lost both his feet when a mortar landed as he was playing outside his house. Three members of his family, including one of his parents, were killed.

“I can’t go to school now,” he said. Asked what he saw as his future, he replied firmly: “I want to be a man, to rebuild my country.”

The war, and the enemy, are inescapable. “We have to live here. Where can we go?” asked Ezamuddin Safi, a telecommunications worker who had to flee his home inside the city in early July. He was passing the day inside a small downtown restaurant.

SAN FRANCISCO — Cleve Jones has lived in the Castro neighborhood for nearly 50 years, almost from the day he graduated from high school in Phoenix and … END_OF_DOCUMENT_TOKEN_TO_BE_REPLACED

A home inspection can spare you from unpleasant surprises after you buy. After crunching the numbers, searching your favorite neighborhoods, and … END_OF_DOCUMENT_TOKEN_TO_BE_REPLACED