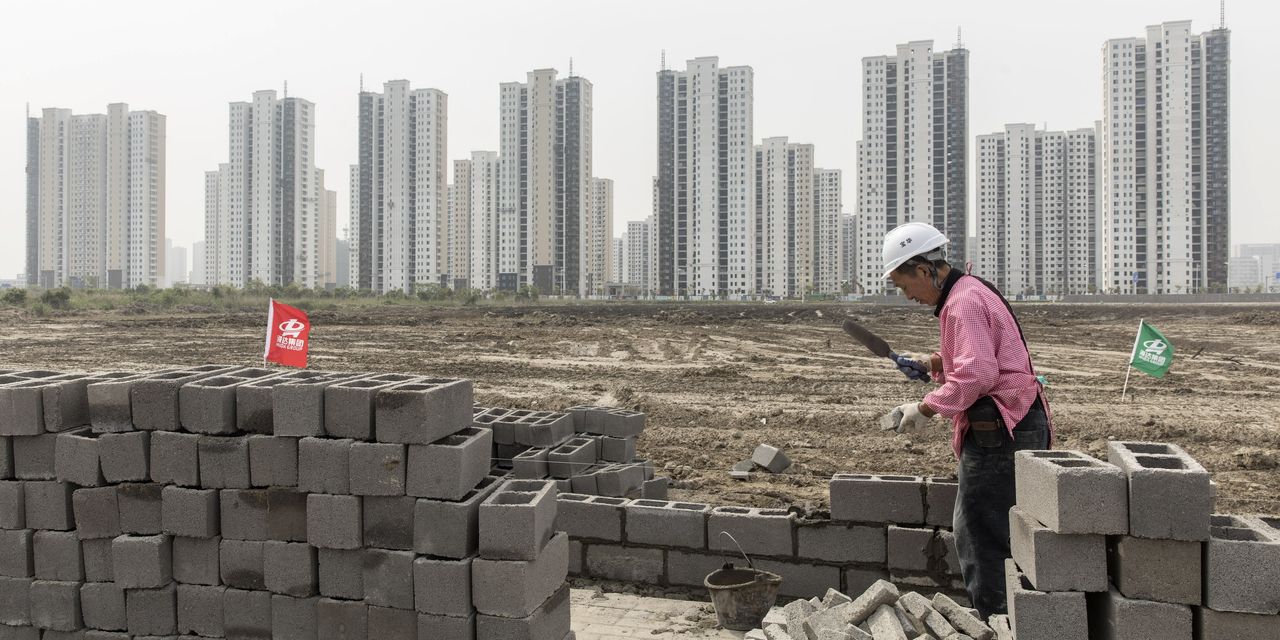 To tame a frothy real-estate market, China is turning to one of its root causes: the way land is sold in big cities.

With the yearslong boom continuing despite the coronavirus pandemic, authorities are now sounding the alarm and pushing big cities to coordinate land auctions. Investors and analysts say this should discourage bidding frenzies and by disadvantaging weaker companies, it could help speed up industry consolidation.

Key cities should coordinate residential-land auctions and hold them at a few specific times each year, state media quoted China’s Ministry of Natural Resources as saying in late February.

That would mark a big change from the current setup, in which local governments release parcels independently and with no set schedule. The uncertainty prompts property developers to bid aggressively for land.

Large developers like China Evergrande Group and Sunac China Holdings Ltd. finance their purchases by borrowing heavily from banks and bond investors and then bring in more cash to keep the cycle going by selling many homes before they are completed.

Theoretically, synchronized land auctions would mean dozens of parcels would come up for grabs at once, meaning only large, financially strong developers could compete for multiple sites.

Iris Pang, an economist with ING Bank in Hong Kong, said the new system was a “very efficient” way to shut indebted developers out of bidding for land, since prospective buyers have to pay large deposits to participate in any auction.

Qingdao, a coastal city in eastern Shandong province, has already said it would hold this year’s land auctions in three batches. Local media said the new policy would cover 22 cities, including Beijing, Shanghai and Shenzhen.

Chinese authorities have already tried a range of cooling measures including introducing limits on mortgage financing, speculative purchases, bond issuance by developers and on who can buy new homes. More recently, they have capped bank lending to the sector and introduced a system of the “three red lines” that essentially requires weaker players to cut debt.

Hayden Briscoe, head of Asia-Pacific fixed income at UBS Asset Management, said the new policy was “the final piece to the puzzle.” With larger developers more confident of getting better-quality land, they are likely to speculate less, he said.

In a sign that Beijing’s top leaders take the risks seriously, one of the country’s most senior financial regulators recently called out risky behavior. “Many people buy houses not for living, but for investment or speculation, which is very dangerous,” Guo Shuqing, chairman of the China Banking and Insurance Regulatory Commission, said in a March 2 speech.

That echoes years of government messaging, but Mr. Guo underlined it by warning that he sees a real-estate bubble forming; a collapse could cause “a great loss of personal assets” and loan defaults that would ripple through the banking system and economy.

Christopher Yip, senior director of corporate ratings at S&P Global Ratings, said while earlier curbs could be easily reversed, the newer initiatives were “more long-term, and it’s not just controlling the symptoms.” Weaker developers will have to bid very selectively or seek other ways to acquire land, such as by participating in urban-renewal projects, he said.

Stocks of Chinese property developers listed in Hong Kong and in the mainland have climbed on expectations the change will reduce costs and improve margins, especially for bigger players. A Wind index of 133 real-estate companies traded in Shanghai or Shenzhen has gained 9.1% over the past month, compared with a 12.5% drop in the broader CSI 300 index.

In time, investors believe some companies could be forced out of business or into mergers with bigger rivals, accelerating a shakeout that is already underway.

“There will be short-term pain,” said Mr. Briscoe of UBS. But leverage in the sector will decline, and the market leaders will grow bigger. “They will grow at scale, but in a slower fashion.”

A Jewish-Australian AccentReading your letter really resonated with me. Not because I am Asian-Australian myself, but because I undeniably have what I … END_OF_DOCUMENT_TOKEN_TO_BE_REPLACED

He's a legend in New Jersey high school wrestling – and a mystery in the stock market.Paul Morina, the principal of Paulsboro, New Jersey, High … END_OF_DOCUMENT_TOKEN_TO_BE_REPLACED