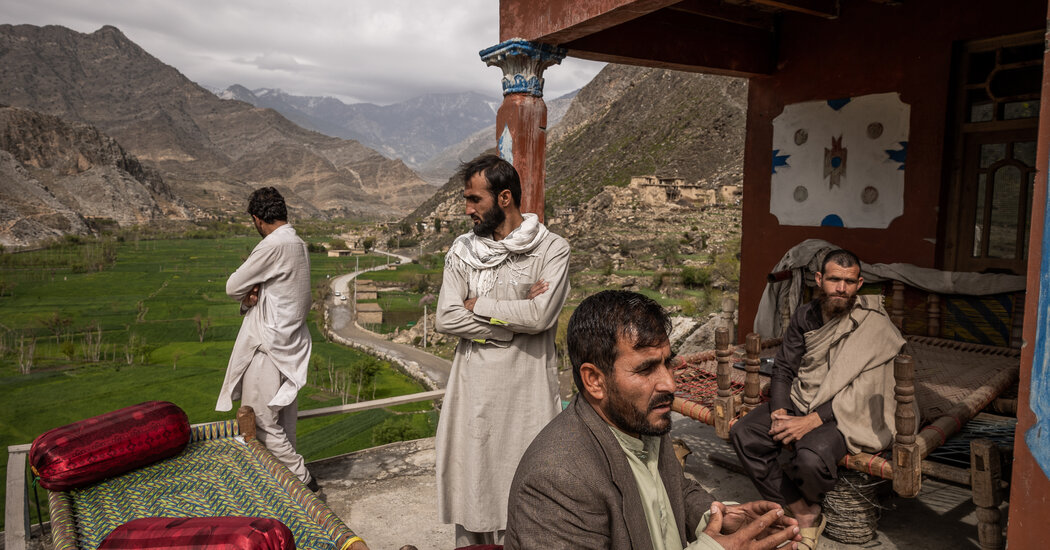 THE PECH VALLEY, Afghanistan — A valley of wood workshops and green wheat fields, torn apart by violence during two decades of war in eastern Afghanistan, is now strangely quiet — the result of an uneasy truce between the Taliban and the local Afghan government, forged by a mutual enemy.

The two sides worked practically side by side to oust the Islamic State from Kunar Province’s Pech Valley — a strip of mountains and earth that saw fierce fighting at the height of the American-led war. The Islamic State had taken root there before Afghanistan’s president, Ashraf Ghani, claimed it was “obliterated” in late 2019.

Now the Islamic State attacks are rare and come only at night, residents say, by fighters from areas outside of Taliban and government control. Yet while smaller and more amorphous after its military defeat, the terror group still poses a threat to the region as it recruits both in cities and the countryside, waiting to take advantage of whatever might follow in the war’s next iteration.

The coming months could signal a shift in the group’s prominence, should the Taliban agree to stop fighting the Afghan government on a national scale and disenfranchised fighters — who have spent much of their lives at war — seek a new group with whom to ally in return for a steady paycheck.

The Hardest Place,” a recently published book on the region by Wesley Morgan, a journalist. By early last year, much of the Islamic State was wiped out.

recent report from the Afghan Analysts Network — that offered residents of the Pech a precarious return to normalcy.

Some Islamic State fighters who weren’t imprisoned instead reached out to the government and committed to lay down their arms. In return, they were promised a monthly stipend of around $100 and handed a signed letter from the National Directorate of Security, Afghanistan’s intelligence agency, noting they had “joined the peace process.”

But residents in the valley are concerned that the ongoing peace talks in Doha, Qatar between the government and the Taliban may upend the current equilibrium.

gunned down in Jalalabad. The Islamic State claimed responsibility.

Mr. Ali fled the city, as did dozens of other factory workers. Local government officials closed some factories, leaving the building where the seven Hazaras were killed nearly untouched since the attack.

The dead employees’ shoes had been left behind. Blood stains — despite a recent gust of rain — remained soaked into the churned white rock.

The poshest place in California's Coachella Valley is The Madison Club. This exclusive gated community in La Quinta is where A-listers and tycoons … END_OF_DOCUMENT_TOKEN_TO_BE_REPLACED

KOROPY, Ukraine — Four men tugged at long strips of fabric to lift a coffin out of the gaping hole in the backyard of a small house. They flung the … END_OF_DOCUMENT_TOKEN_TO_BE_REPLACED