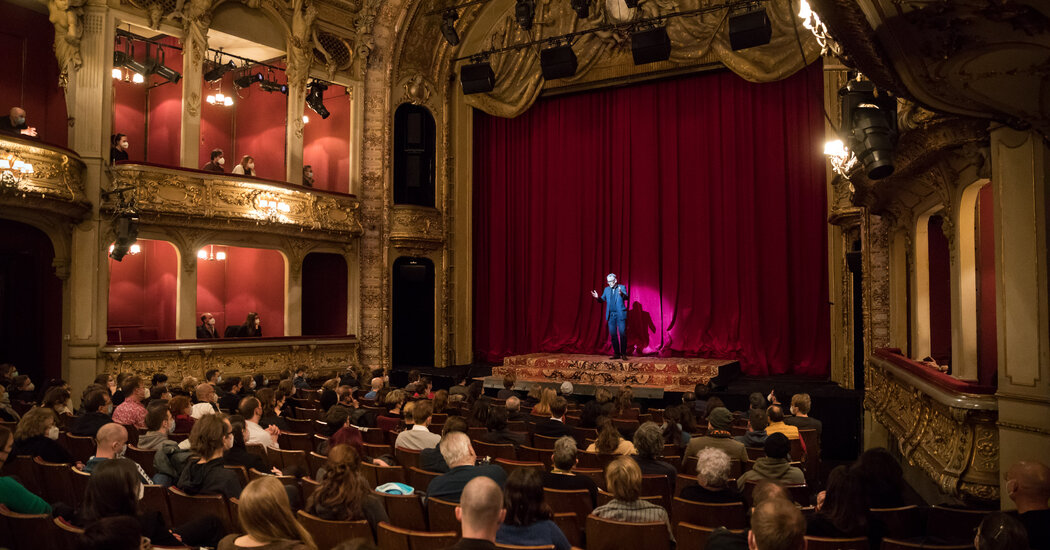 BERLIN — On a snowy, gray morning last Friday, as a third wave of the coronavirus pandemic in Germany was taking hold, Anna Schoras, 30, lined up outside a pop-up testing site inside a repurposed art gallery in Berlin.

Cultural life in the German capital has largely shut down because of the virus, but if Schoras’s test came back negative, she would be allowed to attend the first live stage production in the city in about five months, scheduled for that evening.

“I’m just really looking forward to getting out of the house and to consuming live culture,” she said, adding that before the pandemic, she would go to the theater or the opera about twice a month.

Earlier that week, Ms. Schoras had been among the lucky few to secure one of 350 tickets to the show at the venerated Berliner Ensemble theater. They sold out in four minutes.

allows its landmark cultural venues to put on a show in front of a live audience — as long as the audience members wear masks, maintain social distancing and present a negative result from a rapid test taken no longer than 12 hours before curtain. The test, which is included in the price of the ticket, must be administered by medically trained workers at one of five approved centers.

Along with two nights at the Berliner Ensemble, live performances are being held at two of the city’s opera houses, the Philharmonie and Konzerthaus, and at the Volksbühne theater. Holzmarkt, a nightclub, will also host a sit-down concert. The short run of shows is intended to test whether organizers can put on cultural events safely, even as infection numbers soar.

Germany’s muddled national response to the virus has given way to local initiatives to keep life going, including a program to keep shopping and outdoor dining open for tested customers in some cities. As well as an epidemiological experiment, the Berlin initiative is a signal from a city that prides itself on its vibrant arts scene that — despite being shut down since October — culture still matters.

GREENVILLE, N.C.--(BUSINESS WIRE)--Employers aiming to win the war on talent have a new “A” team to tap into: college and professional athletes. … END_OF_DOCUMENT_TOKEN_TO_BE_REPLACED

Mortgage rates are likely to rise in July, extending a seven-month streak. High inflation, and the Federal Reserve's efforts to control it, have … END_OF_DOCUMENT_TOKEN_TO_BE_REPLACED