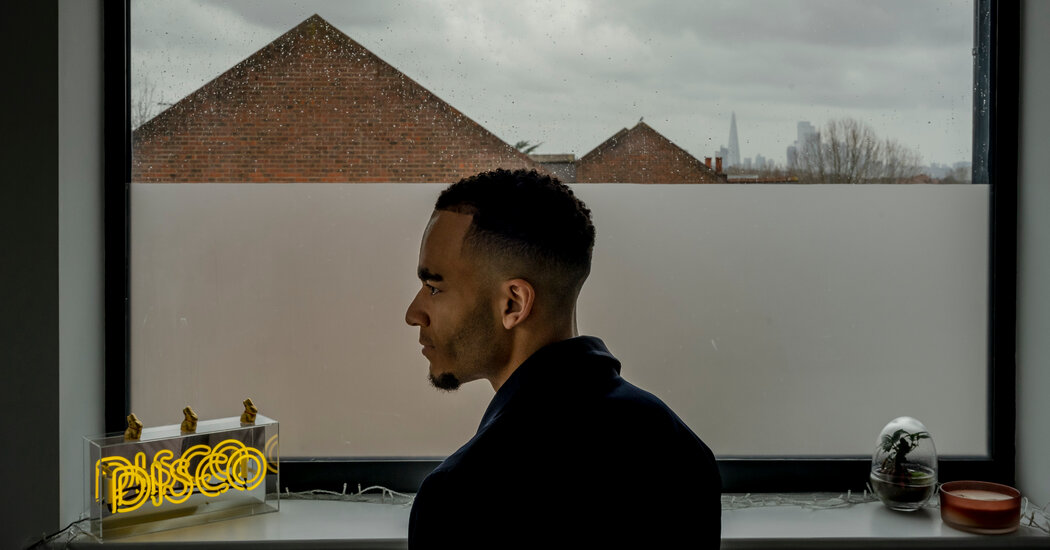 LONDON — He is the hyperbolic news anchor with an agenda, the disgruntled Meghan Markle skeptic vying for Piers Morgan’s job, the British aristocrat insisting he is simply middle class — and those are just a few of the characters in Munya Chawawa’s arsenal.

But during a Zoom interview last month, Mr. Chawawa, 28, speaking from his London apartment in a neon hoodie, was exploring his own persona.

“I make content because I need to express how I’m feeling about the world,” he said of his comedy. “You have to have some form of catharsis when the world throws stuff at you, otherwise you’ll just go crazy.”

Mr. Chawawa’s dry sketches about racism, classism and everyday life in Britain had already found an audience before the pandemic. But in lockdown, his potent combination of singing, comedy acting and rapping has helped establish him as a sardonic voice of progressive young people in an increasingly diverse nation who are unimpressed by elitism and skeptical of the establishment.

appears in promotions for Netflix U.K.

In such a year, “humor has been a much-needed tonic,” Mr. Chawawa said. And the string of successes has fueled an ambitious goal: “I’m working toward being one of the country’s most respected satirists.”

Satire, to Mr. Chawawa — whose comedy heroes are John Oliver, Andy Zaltzman and Sacha Baron Cohen, among others — feels “like a superpower.” That’s not only because of the challenge of execution but also because of satire’s ability to extract humor from situations that are not supposed to be funny at all, he said.

“Anything you laugh at can’t haunt or hurt you as much as it used to do,” he said.

Given the state of the world today, there is plenty of material for him to work with.

When critics called food packages for poor children too meager, Mr. Chawawa was ready with a sketch about a wealthy lawmaker scrambling to respond: “We can’t feed them but we could put them in a film — ‘The Hungrier Games.’” He has parodied British journalists brainstorming headlines about the Duchess of Sussex using the game Cards Against Humanity (“Meghan Kidnapped Peppa Pig,”) and a security guard letting rioters into the U.S. Capitol upon hearing they are white: “You’re already wearing your pass! It’s called white privilege.”

debate over U.K. drill — a subgenre of hip-hop music that British authorities have tried to censor, blaming it for a rise in knife crimes in London.

For many young Black men and women, drill was an important form of self-expression, Mr. Chawawa said, giving voice to the frustrations and realities of life in a period of austerity. Mr. Chawawa said he was disturbed by the appropriation of the genre, with “posh white kids singing the lyrics” as it filtered into private schools.

Born in Derby, England, Mr. Chawawa spent his childhood in Zimbabwe, his father’s birthplace, before his family moved to a small village near Norwich, England. His first exposure to comedy was through his grandfather, whose jokes over the dinner table made him the center of attention.

In England, where his was one of the few families of color in the area, Mr. Chawawa stifled his natural extroversion, which had been encouraged in Zimbabwe. “Slowly, I stopped putting my hand up,” he said.

In college, he studied psychology but found himself spending all his time in the student radio hub. He also worked as a waiter at a high-end restaurant in Norwich, where customers sometimes complimented his English. There, he picked up useful insights into the ways of the ultrawealthy. It struck him when he moved to London that this world could be a mine of comedy gold.

is real,” he said, grinning. He said he would welcome the opportunity for the character to “get some real cultural insights.”

For now, Mr. Chawawa is enjoying the chance to lean into that natural extroversion. “My dad always used to say to me, ‘When you were in Zimbabwe you were so bold.’” Being a satirist now, he added, is “a resurgence of the guy I used to be.”

AUSTIN, Texas--(BUSINESS WIRE)--As the first multifamily management company to be recognized in the Public Relations and Marketing Excellence Awards, … END_OF_DOCUMENT_TOKEN_TO_BE_REPLACED

There have been whispers of cooling housing and rental prices in the San Francisco Bay Area, but that hasn't yet translated into practical, noticeable … END_OF_DOCUMENT_TOKEN_TO_BE_REPLACED

Cars pass in Independence Square at twilight in Kyiv, Ukraine, Monday, Oct. 31, 2022. Rolling ... [+] blackouts are increasing across Ukraine as the … END_OF_DOCUMENT_TOKEN_TO_BE_REPLACED