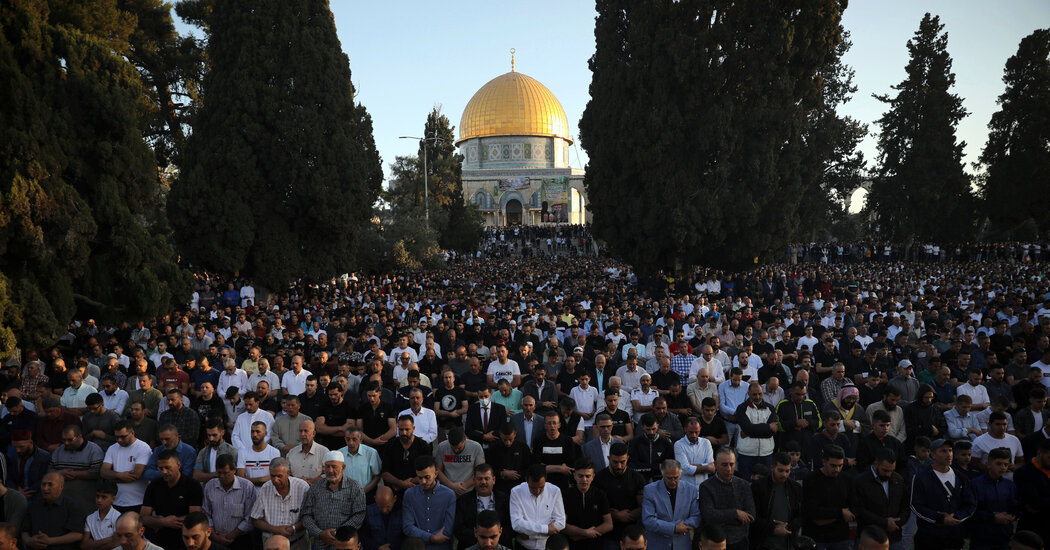 Muslims around the world marked the end of the holy month of Ramadan on Thursday, a day typically filled with prayer, celebration and feasting. But for many Palestinians, the moment was a somber one amid escalating clashes with Israel that have killed scores in just a few days.

Tens of thousands of worshipers gathered at the Aqsa Mosque compound in Jerusalem at dawn to mark Eid al-Fitr, days after Israeli forces clashed with Palestinians there in one of the triggers to the current round of violence. That episode quickly spiraled into a deadly conflict as Palestinian militants in Gaza fired rockets and Israel carried out airstrikes on the territory.

The Aqsa Mosque is one of the holiest sites in Islam, located in a complex in the Old City of Jerusalem that is revered by Muslims, Jews and Christians. On Wednesday, tens of thousands of worshipers stood in lines and then bowed in prayer.

funerals were held throughout the morning for those killed in the strikes.

Listed on April 21 for $2,395,000 with Adam Weissman of Coldwell Banker Bain of Lake Union, the gorgeous four-bedroom brick home was sold on May 6 for … END_OF_DOCUMENT_TOKEN_TO_BE_REPLACED