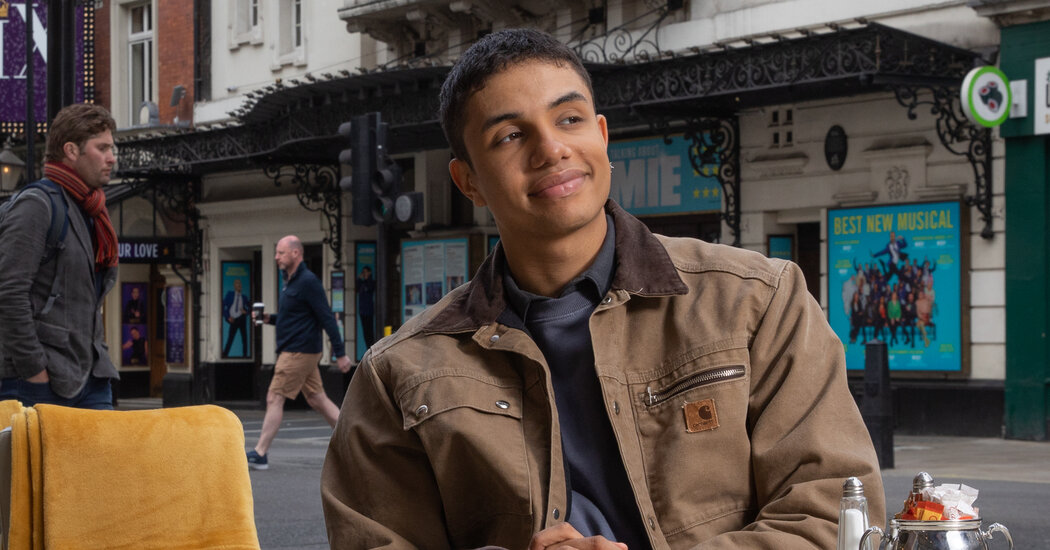 LONDON — At 7:30 p.m. on Monday, Maureen Lyon will be murdered at St. Martin’s Theater in London, her screams piercing the air.

Her death is a moment many in London’s theater industry will welcome for one simple reason: It’s the opening of “The Mousetrap,” Agatha Christie’s long-running whodunit, and it will signal that the West End is finally back.

For the last 427 days, the coronavirus pandemic has effectively shut London’s theaters. Some tried to reopen in the fall, only for England to plunge into a new lockdown before they even got to rehearsals.

They tried again in December, and several musicals, including “Six,” about the wives of Henry VIII, reopened to ecstatic audiences. But just days later, the shows were forced closed once more.

said theaters can reopen with social distancing on Monday and without it on June 21, provided coronavirus cases stay low, thanks to the country’s rapid vaccination drive. Vaccine passports might be required by then — a measure many major theater owners back.

A host of shows are scheduled to reopen this month, with Andrew Lloyd Webber’s new “Cinderella” musical coming June 25 and a deluge of others soon after. “Hamilton” reopens in August. What happens to these shows will likely be a bellwether for Broadway’s reopening in September.

But what’s it actually like for the theatermakers who are starting work again after 15 months? Has the pandemic shaped the way they think about theater? We visited four to find out.

“Work that engages with who we are now.”

palo santo — a wood shamans use to cleanse evil spirits — and burned it in front of his cast. He’d only performed a ritual like that once before, he said, as he’d been afraid of “feeling like an idiot.”

But the actors also wanted to mark the occasion. “Every day now they’re saying, ‘Can we burn some more?’” Rickson said.

One of Britain’s most in-demand directors, Rickson’s Broadway triumphs include “Jerusalem” and the 2008 revival of “The Seagull.” (“The finest and most fully involving production of Chekhov that I have ever known,” wrote Ben Brantley in The New York Times.)

The night the shutdown hit, he was in a dress rehearsal for the play “All of Us” at the National Theater, while his revival of “Uncle Vanya” was attracting sellout crowds in the West End. Suddenly, he was without work or a sense of purpose. During lockdown last spring, he walked round the West End and cried while looking at all the shut theaters.

He kept himself busy by filming “Uncle Vanya,” but said he spent most of the time reflecting on what he wanted theater to be when it returned. His answer: “New work, work that engages with who we are now, courageous work.”

“Walden,” by the largely unknown American playwright Amy Berryman, is the first example of that. He came across the play — about two sisters with contrasting views on how humanity should deal with climate change — last summer, while searching for scripts with the producer Sonia Friedman.

“It’s kind of dazzling in its imaginative scope,” Rickson said. “It’s like a play by a writer who’s written 20 plays, not a debut.”

Britain’s vaccine rollout was “fast by any measure,” she said. “Of course, “if we weren’t selling any tickets, I wouldn’t feel so jolly.”

Burns, the chief executive of Nimax Theaters, is one of the unsung heroes of the West End’s comeback. Over the past year, many figures in Britain’s theaterland have grabbed headlines for trying to support workers during the pandemic.

Lloyd Webber continually harangued the British government to let theaters reopen, even hosting a government-sanctioned experiment in July to prove it could happen safely. The “Fleabag” star Phoebe Waller-Bridge set up a fund to support freelance theatermakers, as did the director Sam Mendes.

But Burns did something else: She tried, repeatedly, to open her six theaters with social distancing and mask mandates.

said when naming her its producer of the year. “In the face of overwhelming odds this year, she has consistently tried to make it happen, when some other established commercial producers didn’t.”

Now, she’s planning to open them all once more. “Six,” the musical about the wives of Henry VIII, will play at the Lyric. “Everybody’s Talking About Jamie,” a musical about a boy dreaming of being a drag queen, will be right next door at the Apollo.

announced a Rising Stars festival, letting 23 young producers host shows in her venues this summer. The shows include “Cruise,” a one-man tale of gay life in London, as well as an evening of magic acts.

be built down the road from the Palace.

It doesn’t have a name yet, she said. How about the Burns Theater? “No, no, no, no, no,” she replied. She’s naming a bar inside after herself. “That’s enough,” she said.

a hit musical about a gay teenager who dreams of becoming a drag queen.

His dressing room was adorned with art from fans, and months after dropping out of drama school to take the role, he had become used to seeing his face plastered on London’s buses. Then the pandemic forced his theater shut, and he found himself at home with his mum, dad and sister.

tweeted a picture of a full airplane, alongside one of an empty theater. “It just made me think, ‘Why’s that one OK, and the other isn’t?’” he said. “Every other industry was talking about getting back to work, and we were all sitting at home.”

During lockdown, he read a host of scripts and learned to cook pasta dishes and curries (“I’m going to be the meal-prep queen when we go back”). And he spent a lot of time reflecting on who he wanted to be as an actor.

“I see the world through a different gaze now,” he said. “I’ve learned that I don’t need to change to please anyone.”

Thomas said he thought that attitude would help when the musical returns May 20. Jamie “is so unapologetically himself, and he’s calling for the world to adapt to him and his fabulousness and his queerness,” Thomas said. “He’s not changing.”

The show, which has a cast of 26 and a nine-person band, is the largest to reopen next month, thanks to a government grant. Thomas said he knows what to expect in terms of coronavirus precautions, as his show was one of the few to briefly reopen in December.

“It was weird,” he said, “but the rules and the mitigations and masks are such a small sacrifice in order to be able to do our jobs.”

The Mousetrap,” was trying to do a costume fitting for the actor Sarah Moss — without touching her.

It started well. Inside a cramped room at the St. Martin’s Theater, Hudson-Holt handed Moss a heavy black wool coat, then stood back to admire the fit. But within seconds, she had leapt forward, grabbed the rumpled collar and adjusted it.

“The Mousetrap,” which has been running in the West End since 1952 is scheduled to reopen on May 17, the first play here to do so.

“We’ve been going so long,” Hudson-Holt said. “If we can survive this, others can,” she added.

Hudson-Holt, who’s been with the show for almost 20 years, had spent most of the past year at home. “We were lucky, as the very good management kept us furloughed,” she said, meaning the government paid a chunk of her salary. “But for a lot of freelancers — costume makers, propmakers, actors — it’s been just devastating.”

To lessen coronavirus risks, two casts will now alternate in the eight roles. The show’s website makes that move sound like a canny piece of marketing, encouraging audiences to see both sets of actors. In reality, it’s in case illness strikes; if one cast has to isolate, the other can step in.

all its stores have closed.

Her daily routine changed in other ways. Rather than taking measurements in person, she called the actors, politely inquiring if they’d gained weight or muscle in lockdown and would be needing a bigger size.

“I was having to ask people, ‘Oh, have you been doing any sport lately? Or maybe some baking?’” she said.

Despite the no-touching rule, the fittings went according to plan. Hudson-Holt had found a hat for Moss, new to the role of Miss Casewell, one of many potential murderers stuck in an English guesthouse after a snowstorm.

Only a lime green silk scarf caused problems. Hudson-Holt tried showing Moss how to fold, then tie it, but Moss was flummoxed. “Can you slow down a bit and show me again?” she said.

“Today’s a fun test for everyone,” Hudson-Holt said.

Once the fitting was over, Hudson-Holt put Moss’s outfit aside. It would be steamed later to kill any potential viruses. “I know it seems hyper vigilant,” she said, “but who wants to be the one that mucks this up?”

Things we love about San Francisco: burritos, partying in parks, the fog, and everyone’s favorite pastime — discussing the price of rent! The … END_OF_DOCUMENT_TOKEN_TO_BE_REPLACED

TEHRAN — Iran’s ultraconservative judiciary chief, Ebrahim Raisi, has been elected president after a vote that many Iranians skipped, seeing it as … END_OF_DOCUMENT_TOKEN_TO_BE_REPLACED