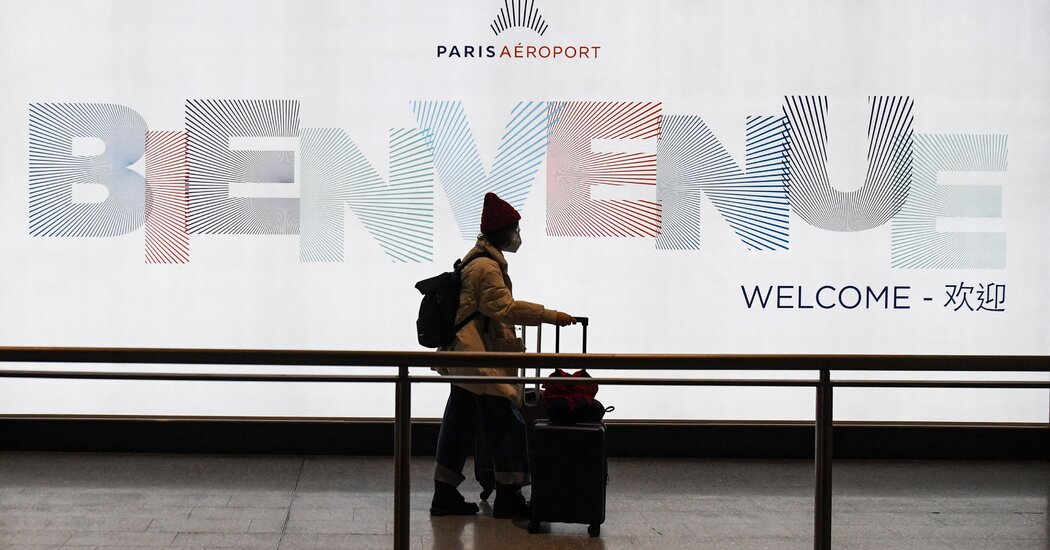 French authorities will tightly restrict who can travel to France from Brazil, Argentina, Chile and South Africa, and will impose a 10-day quarantine on those who do, in the hope of staving off worrisome coronavirus variants circulating in those countries, the government announced on Saturday.

The announcement adds to a shifting patchwork of international restrictions that have complicated travel around the world.

Prime Minister Jean Castex announced late on Saturday that, starting April 24, travelers arriving from any of the four countries will have to quarantine for 10 days. Police officers will check on them to ensure that they comply.

Entry from the four countries will be limited almost exclusively to French citizens and their families, citizens of other European Union countries, and foreigners with permanent homes in France. Travelers must have tested negative for the virus within a shorter time before takeoff, and will be given antigenic tests on arrival.

Nearly all flights between France and Brazil will remain suspended at least until the new rules take effect and possibly longer, the government said.

The tightened restrictions were necessary because of the “uncontrolled spread of the virus in certain countries,” including widespread transmission of virus variants like those first identified in Brazil and South Africa that appear to be more resistant to some current Covid-19 vaccines, Mr. Castex said in his statement.

France’s decision adds to a complex tangle of rules and policies about international travel that can vary widely from country to country and month to month.

Germany loosened some of its travel restrictions this week, removing Britain, Ireland, Finland and Barbados from its list of at-risk areas, meaning that travelers from those countries no longer need to quarantine upon arrival.

Unlike the many European countries that have kept restaurants closed, travel restricted and face-masks mandatory to combat a new wave of infections, Australia has its coronavirus epidemic largely under control and residents are mostly free to travel domestically and dine out.

AUSTIN, Texas--(BUSINESS WIRE)--As the first multifamily management company to be recognized in the Public Relations and Marketing Excellence Awards, … END_OF_DOCUMENT_TOKEN_TO_BE_REPLACED

There have been whispers of cooling housing and rental prices in the San Francisco Bay Area, but that hasn't yet translated into practical, noticeable … END_OF_DOCUMENT_TOKEN_TO_BE_REPLACED

Cars pass in Independence Square at twilight in Kyiv, Ukraine, Monday, Oct. 31, 2022. Rolling ... [+] blackouts are increasing across Ukraine as the … END_OF_DOCUMENT_TOKEN_TO_BE_REPLACED