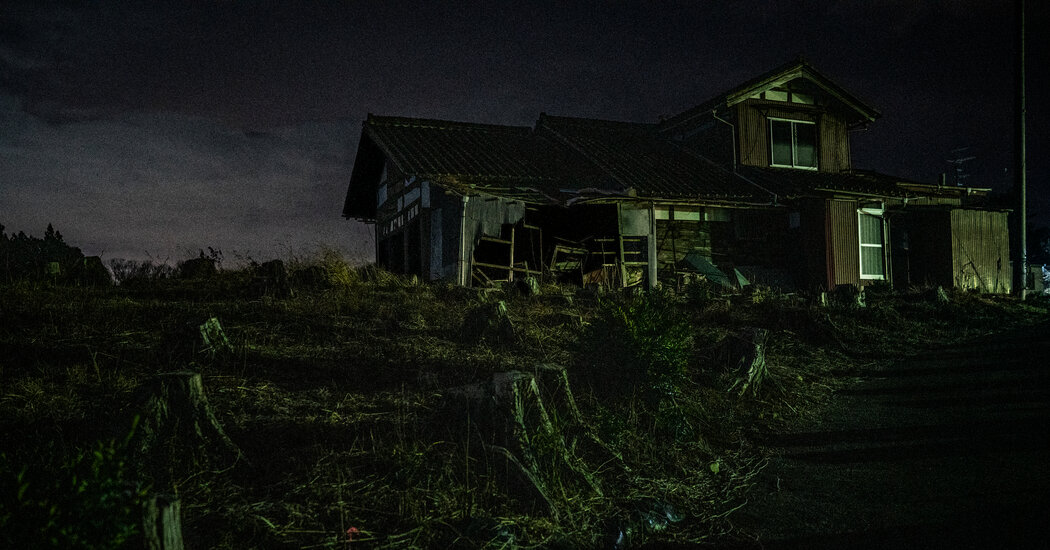 Ten years after a devastating earthquake and tsunami led to a nuclear meltdown in northern Japan, residents are readjusting to places that feel familiar and hostile at once.

FUKUSHIMA, Japan — After an earthquake and tsunami pummeled a nuclear plant about 12 miles from their home, Tomoko Kobayashi and her husband joined the evacuation and left their Dalmatian behind, expecting they would return home in a few days.

It ended up being five years. Even now — a decade after those deadly natural disasters on March 11, 2011, set off a catastrophic nuclear meltdown — the Japanese government has not fully reopened villages and towns within the original 12-mile evacuation zone around the Fukushima Daiichi nuclear plant. And even if it did, many former residents have no plans to return.

Some of those who did return figured that coming home was worth the residual radiation risk. Others, like Ms. Kobayashi, 68, had businesses to restart.

“We had reasons to come back and the means to do so,” said Ms. Kobayashi, who manages a guesthouse. “It made sense — to an extent.”

one million tons of contaminated water into the sea has riled local fishermen, and cases against the government and the plant operator are winding through the country’s highest courts. The issue of nuclear power remains highly fraught.

And for miles around the plant, there are physical reminders of an accident that forced the exodus of about 164,000 people.

crashed ashore, flooding his auto body shop in the industrial city of Koriyama.

It can feel that way in the town of Namie, where bags of radioactive waste have piled up.

new schools, roads, public housing and other infrastructure in an effort to lure former residents back.

Some residents in their 60s and beyond see the appeal. It can be hard for them to imagine living anywhere else.

“They want to be in their hometown,” said Tsunao Kato, 71, who reopened his third-generation barbershop even before its running water had been restored. “They want to die here.”

One upside is that the threat of lingering radiation feels less immediate than that of the coronavirus, said Mr. Kato, whose shop is in the city of Minami Soma. In that sense, living amid the reminders of nuclear disaster — in towns where streetlights illuminate empty intersections — is a welcome sort of social distancing.

At a Futaba nursery school, umbrellas have sat untouched for a decade, protecting no one from the rain.

Nearby, a collapsed house is still waiting for a demolition crew.

Mr. Kato said that while he was happy to be back, he struggled to balance a desire to stay with the knowledge that living somewhere else would probably be safer.

“Logic and emotion can’t mesh,” he said, “like oil and water.”

Like Mr. Kato, Ms. Kobayashi had been running a family business, in her case a guesthouse, when the magnitude-9 earthquake struck. The guesthouse in Minami Soma has been in her family for generations, and she took it over in 2001 when her mother retired.

The guesthouse sustained significant water damage from the tsunami. But Ms. Kobayashi’s family restored and reopened it. (Their Dalmatian, who survived the nuclear accident, died just before the renovation was completed.)

They did not expect a surge of tourists, she said, but hoped to serve people who wanted to return to the area and had nowhere to stay.

“There’s no town left,” she said. “If you come back, you have to rebuild.”

Chief Covelli said Mr. Crimo planned the shooting for several weeks, but that the authorities had not yet established what his motive was. “We have no … END_OF_DOCUMENT_TOKEN_TO_BE_REPLACED

Kevin McKenzie and Martine van Hamel were standing in the dining room of their weekend house in Woodstock, N.Y., trying to figure out when they got … END_OF_DOCUMENT_TOKEN_TO_BE_REPLACED