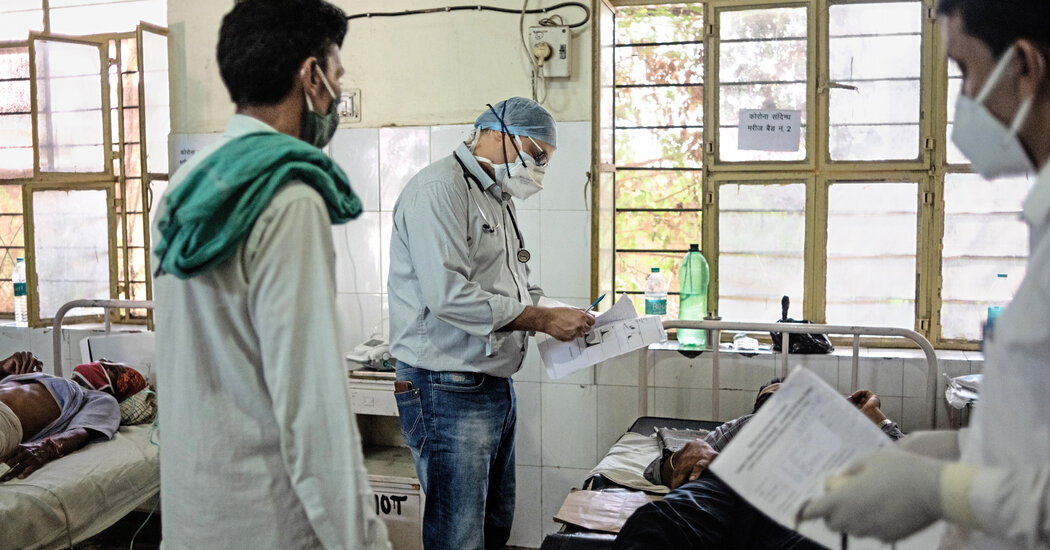 India’s federal health ministry raised an alarm on Thursday, asking state governments to immediately report all cases of a potentially deadly fungal infection that appears to be spreading quickly among Covid-19 patients.

The rare condition, mucormycosis, commonly known as black fungus, was present in India before the pandemic, but it is affecting those with Covid or those who have recently recovered.

Many health experts blame the spread on a central coronavirus treatment, steroids. These drugs can limit inflammation of the lungs, but they also dull the response of the immune system, which can allow infections like the black fungus to take hold.

Video of a woman saying she would jump off the roof of a hospital if it failed to arrange injections of the medication for her husband spread widely on social media early this week.

The woman, in the central Indian state of Madhya Pradesh, said, “If I don’t get the injection today, then I will jump off the roof of the hospital and commit suicide. I have no other option left.” She added that the hospital had none of the medication and said of her husband, “Where should I take him in this condition?”

amid a virulent second wave.

Of the medication for the disease she said: “It is not one of the common over-the-counter medications. This is a toxic medication by itself. It can’t be given by all and sundry. It is not something which you can take at home. It needs strict monitoring of body parameters because it is a toxic drug.”

The federal government directive requiring state governments to immediately disclose cases follows those of many Indian states that had already required hospitals to report cases of mucormycosis.

Soon, homes near the synagogue were evacuated as city, state and federal officials descended on the scene, the chief said. Mr. Akram was in contact … END_OF_DOCUMENT_TOKEN_TO_BE_REPLACED

A shopper carries a bag outside a Walmart store in San Leandro, California, on Thursday, May 13, 2021.David Paul Morris | Bloomberg | Getty … END_OF_DOCUMENT_TOKEN_TO_BE_REPLACED

The rapper and entrepreneur Sean "Diddy" Combs has recorded a sale of one of his many homes. As we mentioned in our rundown of the impresario’s … END_OF_DOCUMENT_TOKEN_TO_BE_REPLACED