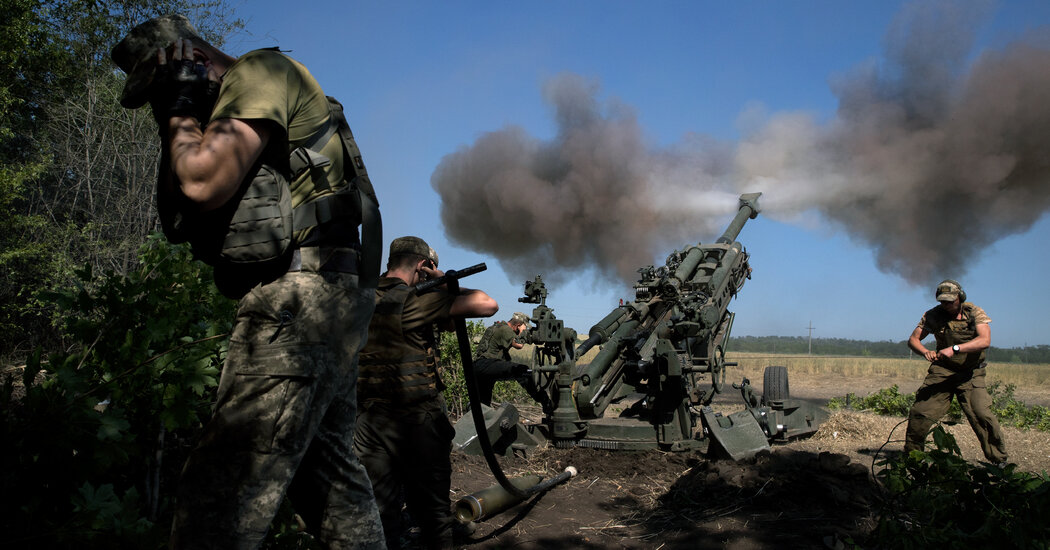 His words infuriated the Ukrainians as well as the Central Europeans, who want Russia weakened and Mr. Putin humiliated.

There are those like Britain, Poland and the Baltics looking to isolate Mr. Putin and the Russians, too, for being complicit in the war; those like Belgium, the Czech Republic and the Netherlands revisiting the idea of Cold War containment, talking of constraints; and those countries, like France, Germany, Hungary and Italy, “who hope at some point for an opportunity to launch a new dialogue with Russia, not immediately, but to be ready.”

The divisions will remain, Mr. Vimont said. “There is not much appetite for a Russian strategy.”

If there is to be one, Washington must lead it, but seems as confused as everyone else. “No one has a real idea of how to handle this situation now,” Mr. Speck said. Unlike in 2014, when Germany organized the Minsk process to stop the war then, he said, “there is no one driving a diplomatic process.”

As the war settles into a protracted artillery battle with little terrain won or lost, the threat that Russia will attack Western European countries is rapidly fading, said Claudia Major, a defense expert with the German Institute for International and Security Affairs.

That is leading to a certain complacency, coupled with the growing economic impact of sanctions on higher inflation and lower growth.

Whether you optimistically hope that mortgage rates will decline or are resigned that rates will stay elevated above the historic lows of 2021, you … END_OF_DOCUMENT_TOKEN_TO_BE_REPLACED

A resident of Nikopol, Ukraine, in her backyard last month, with smoke rising from an area on the opposite bank of the Dnipro River. Credit...David … END_OF_DOCUMENT_TOKEN_TO_BE_REPLACED