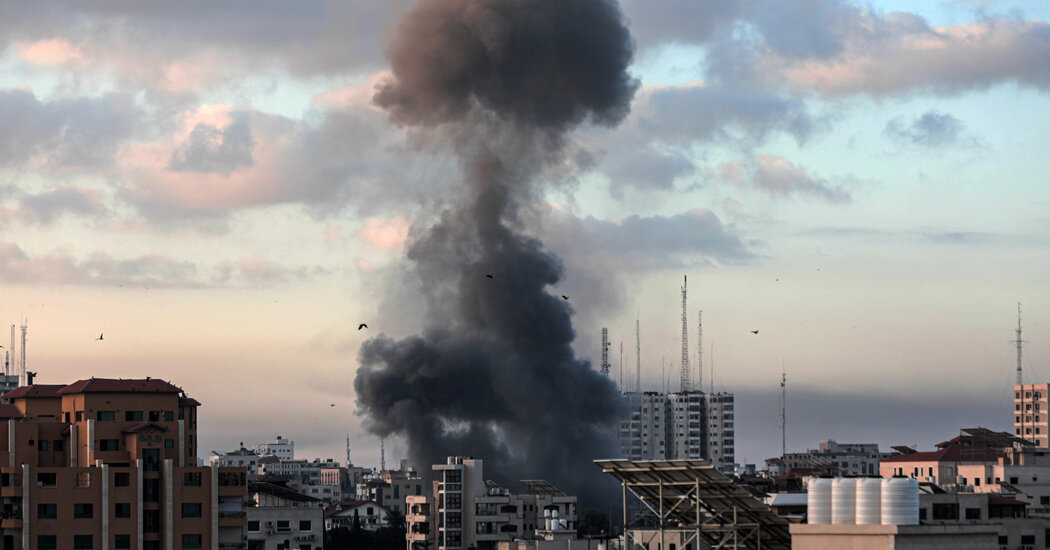 GAZA CITY — The nine-day battle between Hamas militants and the Israeli military has damaged 17 hospitals and clinics in Gaza, wrecked its only coronavirus test laboratory, sent fetid wastewater into its streets and broke water pipes serving at least 800,000 people, setting off a humanitarian crisis that is touching nearly every civilian in the crowded enclave of about two million people.

Sewage systems inside Gaza have been destroyed. A desalination plant that helped provide fresh water to 250,000 people in the territory is offline. Dozens of schools have been damaged or closed, forcing some 600,000 students to miss classes. Some 72,000 Gazans have been forced to flee their homes. And at least 213 Palestinians have been killed, including dozens of children.

The level of destruction and loss of life in Gaza has underlined the humanitarian challenge in the enclave, already suffering under the weight of an indefinite blockade by Israel and Egypt even before the latest conflict.

demonstrations began peacefully but led to clashes in some places in the West Bank Outside Ramallah, a group of Palestinians who had gathered separately from the protesters set fires on a major thoroughfare and later exchanged gunfire with Israeli soldiers, officials said. Three Palestinians were killed.

But the damage was incomparable to that in Gaza.

But on Monday night an Israeli airstrike hit the street outside, sending shrapnel into the clinic, shattering windows, shredding doors, furniture and computers, caking rooms in debris and wrecking the virus lab.

adherence to the international laws of war, which bar the targeting of purely civilian sites and limit acceptable collateral damage to that which is proportionate to any military advantage.

according to a report last year by the United Nations, have left Gaza with “the world’s highest unemployment rate” and more than half of its population living below the poverty line.

One airstrike essentially destroyed the Hala al Shawa clinic in northern Gaza which also provides primary health-care services and vaccinations, while another damaged four ambulances nearby, the Health Ministry said.

The blast from a third airstrike broke windows in operating rooms, forcing the clinic to transfer surgery patients to other hospitals, said Abdelsalam Sabah, the ministry’s hospitals director. A separate airstrike caused some structural damage to the nearby Indonesian hospital, he added. A piece of shrapnel flew into the emergency room at the Gaza Eye Hospital, nearly wounding a nurse, he said.

One ministry employee was hospitalized and in serious condition after shrapnel struck him in the head, Dr. Dhair said in a phone interview on Tuesday.

“This attack was barbaric,” he said. “There’s no way to justify it.”

Reporting was contributed by Patrick Kingsley and Myra Noveck from Jerusalem; Gabby Sobelman from Rehovot, Israel; and Irit Pazner Garshowitz from Tzur Hadassah.

AUSTIN, Texas--(BUSINESS WIRE)--As the first multifamily management company to be recognized in the Public Relations and Marketing Excellence Awards, … END_OF_DOCUMENT_TOKEN_TO_BE_REPLACED

There have been whispers of cooling housing and rental prices in the San Francisco Bay Area, but that hasn't yet translated into practical, noticeable … END_OF_DOCUMENT_TOKEN_TO_BE_REPLACED

Cars pass in Independence Square at twilight in Kyiv, Ukraine, Monday, Oct. 31, 2022. Rolling ... [+] blackouts are increasing across Ukraine as the … END_OF_DOCUMENT_TOKEN_TO_BE_REPLACED