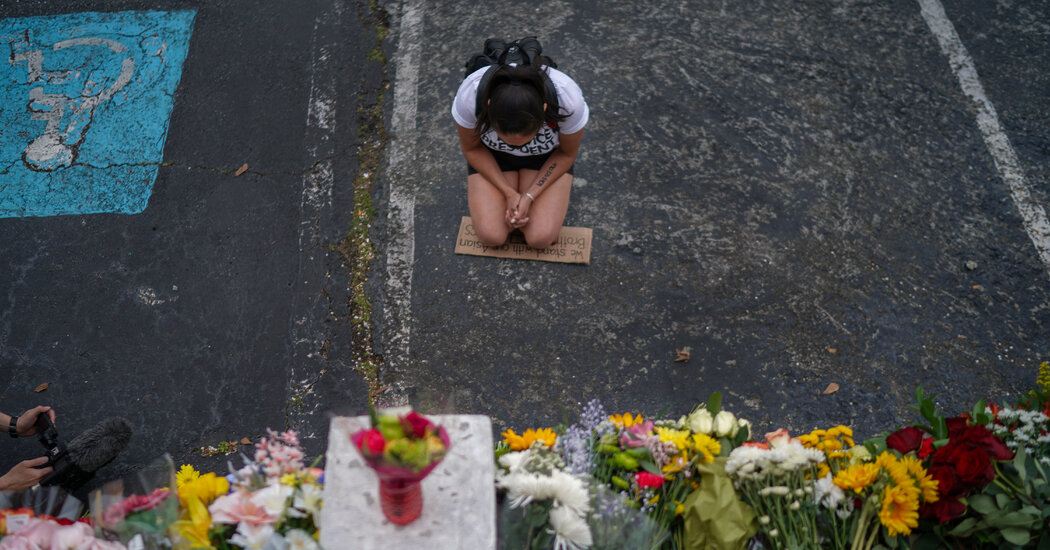 HONG KONG — When six of the eight victims of this week’s shootings at Atlanta-area spas were confirmed to be of Asian descent, the news reopened wrenching debates in the United States about anti-Asian violence, bigotry and misogyny.

In East Asia itself, the public conversations about the violence played out with far less intensity.

The South Korean consulate in Atlanta has said that four of the people who died in the attacks on three massage parlors on Tuesday were of Korean descent. The two others of Asian descent are believed to have been of Chinese descent.

In both countries, which have low rates of violent crime and strict bans on guns, the murders were shocking but not surprising, given the frequent reports of gun violence and racially motivated crimes in the United States.

On social media, some users in South Korea expressed concern for friends or relatives in the United States. Others tagged posts with the hashtag #stopAsianHate.

“I am deeply saddened by the events that took place in Atlanta, Georgia, two days ago,” Choi Si-won, a member of popular K-pop group Super Junior, wrote on Instagram. “I certainly don’t have all the answers, but I would like to use my platform and emphasize this is an issue that needs to be addressed NOW and that ignoring it won’t help us.”

Other South Korean users pushed back against the comments by a law enforcement official in Georgia, who said after the attacks — using the gunman’s own words — that the man’s actions were “not racially motivated” but caused by “sexual addiction.”

video of an elderly woman of Asian descent in San Francisco who beat up a man who had tried to attack her.

killings of Chinese students in the U.S., where many Chinese families still aspire to send their children to be educated.

But there is little public discussion in Asia about concepts that often dominate conversations about race in the United States, including cultural appropriation and unconscious bias.

Hu Zhaoying, a university student in the southern Chinese province of Hunan, said the general lack of empathy for the Atlanta victims in China was not surprising.

“Some people don’t know about such incidents; some people choose to ignore them after seeing them; and some people are unable to empathize,” she said.

The poshest place in California's Coachella Valley is The Madison Club. This exclusive gated community in La Quinta is where A-listers and tycoons … END_OF_DOCUMENT_TOKEN_TO_BE_REPLACED

KOROPY, Ukraine — Four men tugged at long strips of fabric to lift a coffin out of the gaping hole in the backyard of a small house. They flung the … END_OF_DOCUMENT_TOKEN_TO_BE_REPLACED