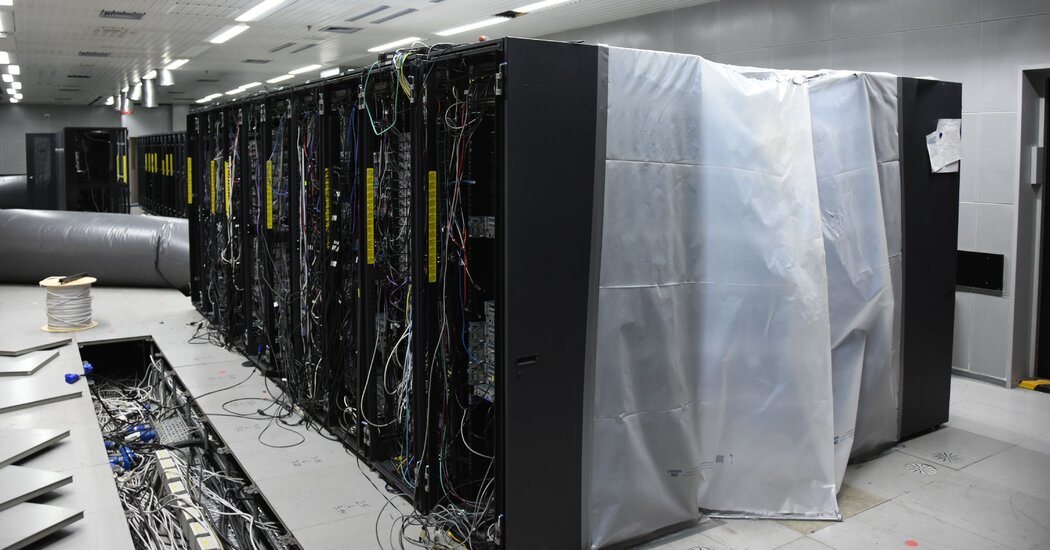 BERLIN — German prosecutors have broken up an online platform for sharing images and videos showing the sexual abuse of children, mostly boys, that had an international following of more than 400,000 members, they said on Monday.

The site, named “Boystown,” had been around since at least June 2019 and included forums where members from around the globe exchanged images and videos showing children, including toddlers, being sexually abused. In addition to the forums, the site had chat rooms where members could connect with one another in various languages.

German federal prosecutors described it as “one of the largest child pornography sites operating on the dark net” in a statement they released on Monday announcing the arrest in mid-April of three German men who managed the site and a fourth who had posted thousands of images to it.

“This investigative success has a clear message: Those who prey on the weakest are not safe anywhere,” Germany’s interior minister, Horst Seehofer, said on Monday. “We are holding perpetrators accountable and doing what is humanly possible to protect children from such repugnant crimes.”

several sophisticated networks, tens of thousands of new cases of abuse are reported to the authorities each year. Parliament passed a law that would toughen sentences against those convicted of sexual exploitation or abuse of children last week.

The accused administrators of the “Boystown” site, aged 40 and 49, were arrested after raids in their homes in Paderborn and Munich, the prosecutors said. A third man accused of being an administrator, 58, was living in the Concepción region of Paraguay, where he has been detained awaiting extradition.

was handed a 10-month suspended sentence after he was convicted of 26 counts of possession and sharing photos of girls younger than 10 being severely sexually abused. Mr. Metzelder confessed to some of the charges and apologized to the victims, which the judge said she took into consideration in lessening his punishment.

But many Germans, including some of Mr. Metzelder’s former teammates, protested that the punishment was too lenient.

“I don’t see how that is supposed to act as a deterrent,” Lukas Podolski, who was a member of the 2014 team that won the soccer World Cup for Germany, told the Bild newspaper. “Whoever commits sins against children must be punished with the full weight of the law.”

The Seattle Seahawks are very much still in the running for Baker Mayfield. (Photo by Stacy ... [+] Revere/Getty Images) Getty Images The Seattle … END_OF_DOCUMENT_TOKEN_TO_BE_REPLACED

LANSING, Mich. — At least 357 sitting Republican legislators in closely contested battleground states have used the power of their office to discredit … END_OF_DOCUMENT_TOKEN_TO_BE_REPLACED