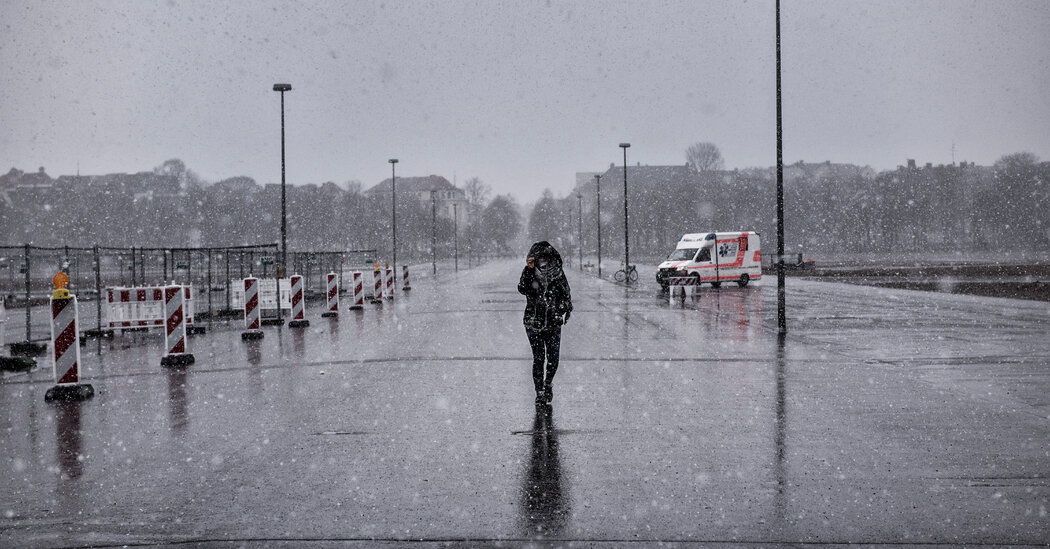 Chancellor Angela Merkel of Germany, warning on Tuesday that her country is facing a significantly more deadly wave of the coronavirus, announced a five-day lockdown over Easter and the extension of existing restrictions until mid-April in an effort to break a spike in coronavirus cases.

Starting April 1, and until the following Monday, Germany will effectively shut down for an extended Easter break, with private meetings limited to no more than two groups of up to five adults and almost all stores ordered shuttered (supermarkets can open on the Saturday). Churches are asked to hold services online, and people are being asked to stay home and not travel.

“We are in a very, very serious situation,” Ms. Merkel told a news conference, after hours of deliberations with the leaders of the country’s 16 states over the Easter lockdown and extension of existing restrictions through April 18.

“After we were able to sharply bring down the number of new infections in January, we are now experiencing, through the spread of the more contagious British variant, a more dangerous variation — the numbers are going up and the intensive care beds are filling up,” she said.

latest country in Europe to tighten restrictions as more contagious virus variants spread and the continent struggles to vaccinate its citizens. Poland, Italy and parts of France have ordered that residents stay home, and many businesses have shut before the holiday.

A resurgent virus and lagging vaccinations have forced governments to renege on promises that they would slowly reopen businesses and society as spring approached. That has spurred protests across Europe.

Europe’s vaccine campaign slowed after a small number of cases of blood clots and abnormal bleeding were reported in patients who received the AstraZeneca vaccine, dampening confidence in its safety. While the European drug regulator, the European Medicines Agency, cleared the vaccine for use last week and said it was “safe and effective,” the scare further complicated vaccination efforts.

Just three weeks ago, Ms. Merkel and state officials hammered out a road map to reopening that relied on a decline in case rates. But the number of new daily cases in Germany has increased by 69 percent in the past two weeks, to levels last seen in January.

The poshest place in California's Coachella Valley is The Madison Club. This exclusive gated community in La Quinta is where A-listers and tycoons … END_OF_DOCUMENT_TOKEN_TO_BE_REPLACED

KOROPY, Ukraine — Four men tugged at long strips of fabric to lift a coffin out of the gaping hole in the backyard of a small house. They flung the … END_OF_DOCUMENT_TOKEN_TO_BE_REPLACED