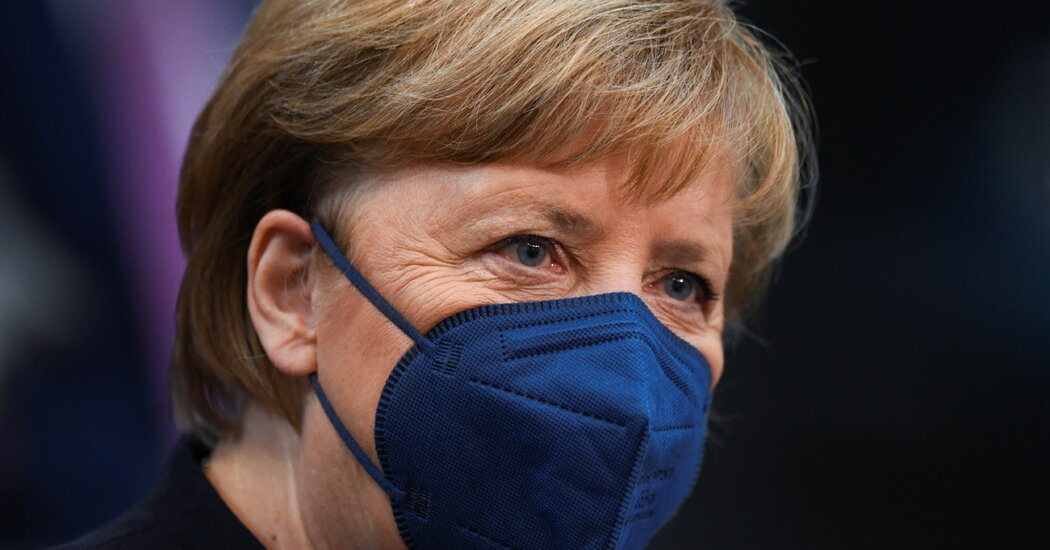 For the photographer Herlinde Koelbl, the end of Angela Merkel’s tenure as Germany’s chancellor isn’t just the end of a political era — it’s also the end of one of the longest-running art projects in world politics.

Since 1991, Ms. Koelbl has visited Ms. Merkel almost every year to take two portraits for a project, “Traces of Power,” that aimed to understand how politics changes people’s appearance and character.

“She was shy when I first photographed her, and a bit awkward,” Ms. Koelbl, 82, recalled in a recent telephone interview. “She told me, ‘I’m not used to being photographed all the time. I don’t know what to do with my arms and hands.’”

The photographer initially chose 15 politicians for the project, including established names like Gerhard Schröder, who went on to become Germany’s chancellor in 1998. Ms. Merkel, a former scientist, immediately stood out, not least for her lack of vanity.

For their early photos, Ms. Merkel wore no makeup and “didn’t seem to pay any attention to what she was wearing” unlike some of Ms. Koelbl’s other sitters. Fashion “just wasn’t important to her,” Ms. Koelbl said. “For her, what was important was what she was doing: the work.”

As Ms. Merkel gained confidence as a politician, she started to relax in front of the camera, Ms. Koelbl said. In 1998, she posed with her hands in a diamond shape for the first time — something that would become a trademark gesture.

Ms. Koelbl said she thought there was a simple reason behind her use of the diamond: Pushing her thumbs together forced her shoulders up, making her look engaged. “If you have to stand and listen for hours to speeches, you look very attentive, even when you’re not,” Ms. Koelbl said.

During the first eight years of the project, Ms. Koelbl also interviewed Ms. Merkel at length, asking probing questions about her political ambitions, as well as others that seemed more suited to therapy sessions.

In 1993, she asked Ms. Merkel how she coped when feeling rejected, and whether there were any childhood situations in which she had felt powerless. (Ms. Merkel replied by mentioning the day her parents had learned about the construction of the Berlin Wall and her mother broke down in tears. “I wanted to help them, to make them happy again, but I couldn’t,” she said).

Ms. Koelbl stopped “Traces of Power” in 1999, but after Ms. Merkel became chancellor in 2005 decided to return to photographing her. Ms. Merkel no longer had time for interviews, but agreed to sit for photos once a year until she left office, and the pictures were all published in a book this year.

The recent photos show Ms. Merkel as the politician so well-known today: wearing pants and blazers, staring calmly into the lens. But Ms. Koelbl insists that the leader’s appearance has kept changing over the years.

“In the beginning, she had very lively eyes,” Ms. Koelbl said, “and now she looks at you, but the liveliness is gone. The glow disappeared in her eyes.”

Ms. Koelbl insisted that the change didn’t mean that becoming chancellor was a bad thing. “I think that’s just part of the tribute you have to pay if you get this job,” she said.

Many property purchasers in Alaska possess the same vision: Either hunker down away from the madding crowds in a refined log cabin or operate a … END_OF_DOCUMENT_TOKEN_TO_BE_REPLACED