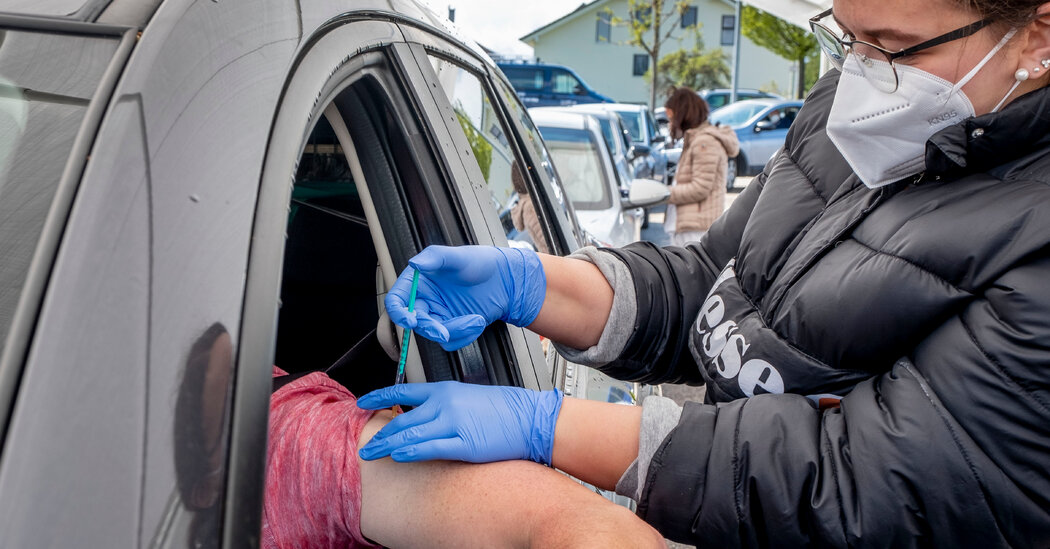 BERLIN — Germany’s health minister said that the country would allow anyone 18 and older to get the AstraZeneca vaccine, removing restrictions that limited access to older people and those in certain professions, as the government tries to encourage more people to get vaccinated ahead of the summer.

Doctors should also be allowed to give the two doses quicker than the current standard of 12 weeks between jabs, Jens Spahn, the health minister, said at a news conference on Thursday, emphasizing the need to “exercise more pragmatic flexibility.” He expects that children 12 years and older could start getting vaccinated as early as August.

Germany has wavered on whether people of all ages should get AstraZeneca. Even though the European Medicines Agency and the World Health Organization have continued to say that the benefits of the vaccine outweigh the risks, there are reports that supplies of AstraZeneca doses are going unused in Germany as citizens seek other manufacturers.

While more than 30 percent of the total population has received one dose of a vaccine, only 8.6 percent of Germans are fully vaccinated. And 66 percent of respondents said they preferred Pfizer-BioNTech over other vaccines, while 25 percent said they would consider AstraZeneca, according to a recent study from the University of Koblenz.

Younger people seem to be more susceptible to the clots.

The vaccination measures have made many Germans turn away from AstraZeneca in the hopes of snagging the Pfizer-BioNtech vaccine, which was created in Germany. Vaccines manufactured by Moderna and Johnson & Johnson are also administered in Germany, but the authorities said they would continue to be administered to priority groups until at least June.

The announcement on the AstraZeneca vaccine came as German federal lawmakers on Thursday voted to relax rules for those who are fully vaccinated.

Germany currently has a curfew in place in areas with high infection rates; households are limited in how many people they can meet, and nonessential shopping is restricted to those with recent negative test results. But under the new law, those who have been fully vaccinated or who have been infected with the coronavirus in the last six months would not have to follow those restrictions. In addition, they would be able to return from travel abroad without quarantining. The law would take effect as early as this weekend, if the measures are adopted by the federal council of states, which they are expected to be. Those who can present proof of a previous infection or vaccination would also be able to skip testing requirements currently in place for certain activities like going to hairdressers or shopping in nonessential stores.

It’s a property that offers a unique open floor plan—plus a hot tub with a view.“It was a Methodist church located in a historic little area of St. … END_OF_DOCUMENT_TOKEN_TO_BE_REPLACED