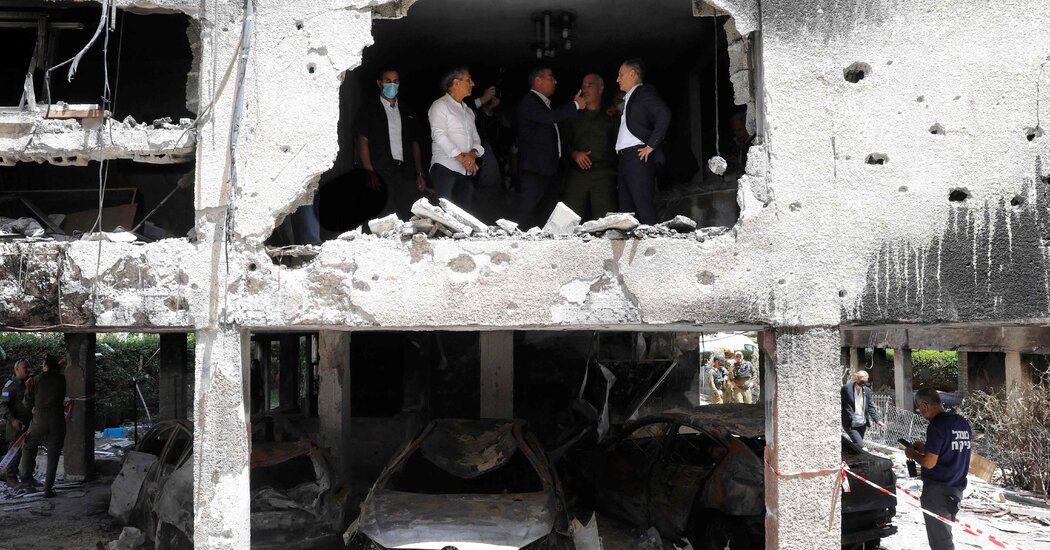 Germany’s foreign minister called for a cease-fire between Hamas and Israel on Thursday and pledged his country’s support for Israel’s right to defend itself against what he called “massive and unacceptable attacks” from Hamas, the militant group that controls the Gaza Strip.

“The fact that we see that Hamas has already fired rockets in the south of Israel since we arrived is an indication for us of how serious the situation in which the people of Israel find themselves is,” said the minister, Heiko Maas, during a brief visit to the region to speak with Israeli and Palestinian leaders.

He met with his Israeli counterpart, Gabi Ashkenazi, at the airport in Tel Aviv shortly after his arrival.

“The number of victims is raising daily. That is very concerning and the reason we are supporting international efforts to reach a cease-fire,” Mr. Maas said, adding that his diplomatic efforts were supported by Egypt, Jordan, Qatar and the United States.

Twitter before leaving Germany: “The international community can help bring about an end to the violence and a lasting cease-fire. And we must talk about how we can find a way back to a peace agreement.”

European leaders have called for an end to the conflict, mindful of the tensions that it threatens in their home countries. France and Germany have seen pro-Palestinian demonstrations turn violent, with attacks on local Jewish institutions and memorials. Governments fear that such internal violence will worsen the longer the conflict lasts.

It’s a property that offers a unique open floor plan—plus a hot tub with a view.“It was a Methodist church located in a historic little area of St. … END_OF_DOCUMENT_TOKEN_TO_BE_REPLACED