(CNN) — People clinking wine glasses in bars and restaurants. Fans watching live soccer and boxing matches. As summer approaches, life has almost returned to normal in one tiny territory in southern Europe — and there’s a very good reason why.

Almost everyone is vaccinated.

Gibraltar, a British Overseas Territory that borders Spain at the point where North Africa and Europe form the gateway to the Mediterranean, has become one the first places in the world to inoculate most of its adult population.

Just three months after the territory, overshadowed by a large jagged promontory known as the Rock, went into its second total lockdown, more than 90% of adults have received their first dose and will soon get their second.

As a result, while much of Europe is facing renewed restrictions and struggles with its own vaccinations rollouts, the Rock is beginning to unlock.

In downtown, friendship groups can be seen reconvening over coffee. There are lively birthday brunches with toasts to a better year ahead. And at the Cathedral of Saint Mary the Crowned, there’s the familiar humming of Mass.

Signage warning people to wear masks has been taken down. The Main Street even hosted a return of the Gibraltar Re-enactment Association’s popular march, complete with red and white historical uniforms, lively drums, and Napoleonic muskets.

The midnight-to-5 a.m. curfew has also been lifted, allowing establishments to stay open until 2 a.m. Cafes, bars, and restaurants are once again full of people, no doubt making up for the lost time.

Bars and restaurants can serve alcohol but consumption in public spaces away from these establishments is still not allowed between 7 p.m. and 8 a.m.

People are out enjoying themselves in cafes and bars again.

Popular social spots Chatham Counterguard and Ocean Village Marina have regained some of the social buzz they had pre-pandemic as people unwind over drinks.

Iain Ballantine, who runs Gibraltar’s Timeout café and The Bake and Take bakery, has also seen a return in business since restrictions were lifted last month.

“The three-month lockdown was a bit of a stress test but now because people think that we’re safer than anywhere else in the world they’re slowly starting to come out again,” he says.

Ballentine, who is also a member of the Gibraltar Catering Association and experienced an eight-week bout of Covid himself, credits the government’s vaccine rollout for restoring the public’s confidence in dining out again.

“I’ve been lucky that none of my employees have had Covid and now they’re getting vaccinated, which will also add reassurance to customers who are returning.”

Hints of a post-Covid era

Dubbed “Operation Freedom” by Health Minister Samantha Sacramento, Gibraltar’s road to normality began at the beginning of March and reached a significant milestone last weekend when, after six long months masks were no longer required when outside non-commercial areas — they’re now only needed for closed public spaces, shops and on public transport.

It’s being seen as hopefully an end to the coronavirus in Gibraltar, which recorded 4,274 cases and 94 deaths among a population of close to 34,000 residents.

While an estimated 3% of residents opted not to take the jab, the Gibraltar Health Authority’s vaccination program proceeded ahead of schedule thanks to steady shipments of the Pfizer and BioNTech vaccines from mainland UK.

The territory’s tight-knit community aided the vaccine rollout, with news of appointments and updates spreading rapidly around the Rock by word of mouth and on a popular Facebook group titled Speak Freely Gibraltar.

Non-Gibraltarians and essential workers have also been included in Gibraltar’s vaccination program.

Frontline worker Clara Luise Manzano, from San Roque in Spain, says she feels grateful to Gibraltar for being able to get fully vaccinated so soon.

“I see a big contrast between both places,” she says. “At the beginning it was a shock coming in and out of the frontier to see people with no masks and less restrictions. Now, I drive in from Spain with my mask on and once I’m in Gibraltar I take it off.”

Masks are no longer required out on the street in main shopping areas.

The new freedoms include the reopening of the border into Spain, a welcome respite for many left feeling claustrophobic by the second lockdown that forbade most travel beyond Gibraltar’s 2.6 square mile (6.8 kilometer square) area.

Estate manager Sarah Azopardi, having coffee with a group of friends, praised the vaccination strategy that has allowed Gibraltar to relax restrictions sooner than in many other countries.

“I think that we’re one of the lucky ones because we’re ahead of time,” she says. “Now that we can go to Spain and do things we couldn’t before, I feel a lot less claustrophobic. Because in Gib, it’s such a small place and it’s very easy to feel trapped.”

And there’s hope of more to come. Those who have received both doses of the vaccine have been issued with a vaccination card — a document that is hoped will allow residents to travel further as the year progresses.

The fight, called the Rumble on the Rock, was originally meant to take place at the Matchroom HQ, a venue in southeastern England, but was switched to Gibraltar thanks to its Covid-19 safe environment.

Victoria Stadium welcomed 600 attendees who had previously received two doses of the vaccine and tested negative for the virus on the day of the match.

The game was being used as a pilot case study by Gibraltar’s government to assess future events in its continued efforts to steer the territory back to normality.

Not all smooth sailing

Hopes are high for a normal summer in Gibraltar.

Although the atmosphere has returned to the Rock and locals are looking forward to a Covid-free summer, it hasn’t always been smooth sailing.

For the majority of the pandemic, coronavirus infections in Gibraltar remained relatively low in comparison to the rest of the world. But cases rose steadily when summer 2020 came to an end and air travel remained open.

In what was one of the most difficult winters in Gibraltarian history, the community lost 84 people in the space of 60 days.

Gibraltar responded to the pandemic with its first lockdown on March 22, 2020, and by June 1, was undergoing phase three of its unlocking process.
Throughout this time, the Government launched free Covid-19 testing facilities around the Rock. Swabbing stations were set up for anyone over 16 years old with a valid local health authority card to be tested there and then, without an appointment.
A drive-in Covid-19 testing facility was launched at the midtown coach park and a contact tracing program was set up with the introduction of its app, Beat Covid Gibraltar.

Gibraltar’s diligence throughout the pandemic has paid off as the number of active coronavirus cases stands at 10 and there are currently no Covid-19 patients emitted to St Bernard’s Hospital. 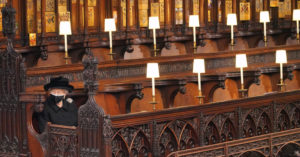 She was utterly alone.With coronavirus restrictions firmly in place, some of Queen Elizabeth II’s relatives sat in small family groups with children … END_OF_DOCUMENT_TOKEN_TO_BE_REPLACED 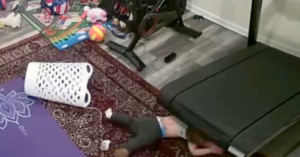 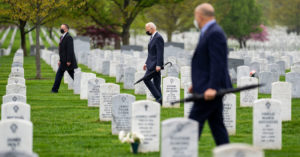 Military officials who had become frustrated with dealing with Mr. Trump, an unpredictable president who often blindsided them with tweets stating … END_OF_DOCUMENT_TOKEN_TO_BE_REPLACED