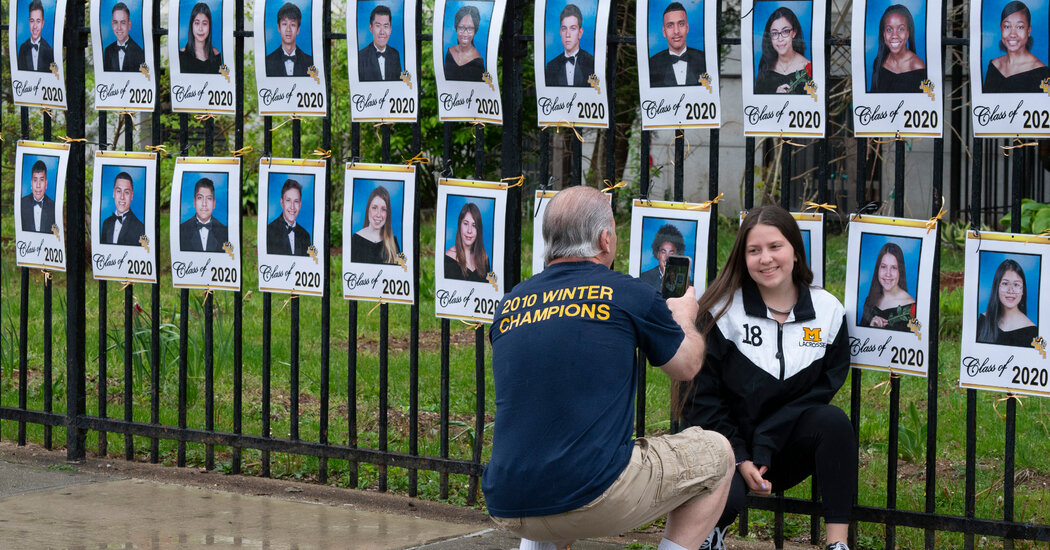 Schools and colleges across New York State will be allowed to hold graduation ceremonies for students this spring, with restrictions depending on type of venue or its capacity, Gov. Andrew M. Cuomo said on Monday.

Outdoor ceremonies with more than 500 people, for example, must not exceed 20 percent of the venue’s capacity, and attendees must have proof of vaccination or a recent negative coronavirus test result. Indoor ceremonies with fewer than 100 people cannot exceed 50 percent of the venue’s capacity, though the vaccination or test requirement in that case will be optional, Mr. Cuomo said.

After the pandemic hit last spring, officials in New York and across the nation warned that graduation ceremonies could fuel the virus’s spread, and many such events were canceled.

Colleges and universities began experiencing major outbreaks after students returned in the fall, and more than 120,000 cases have been linked to U.S. colleges and universities since Jan. 1. As they’ve been shuttled back and forth to campuses, depending on whether they’ve been open or closed, scientists have feared students were spreading the virus.

variants are spreading and case counts remain high in many places. That has left colleges struggling to find a consensus on how best to mark commencement.

Mr. Cuomo said that New York State’s new rules on graduation will take effect on May 1. But he said officials are still encouraging drive-through or virtual graduation ceremonies as safer options, and he warned that the pandemic was far from over.

According to a New York Times database, New York State is adding new virus cases at the fifth-highest rate in the country. As of Sunday, the state was reporting an average of 37 new virus cases a day for every 100,000 residents over the last week. The nation as a whole was averaging 21 new cases per 100,000 people.

A woman wearing mask as a precaution against Covid-19 stands in a crowded area near India Gate, in New Delhi on March 19, 2021 as coronavirus cases … END_OF_DOCUMENT_TOKEN_TO_BE_REPLACED

For some homebound travelers yearning for a vacation, the question isn't whether to book a vacation this year, but when. Enthusiasm for travel is … END_OF_DOCUMENT_TOKEN_TO_BE_REPLACED

The panel that sets rents for more than two million New York City residents signaled on Wednesday that it may again freeze rents for some of them, a … END_OF_DOCUMENT_TOKEN_TO_BE_REPLACED