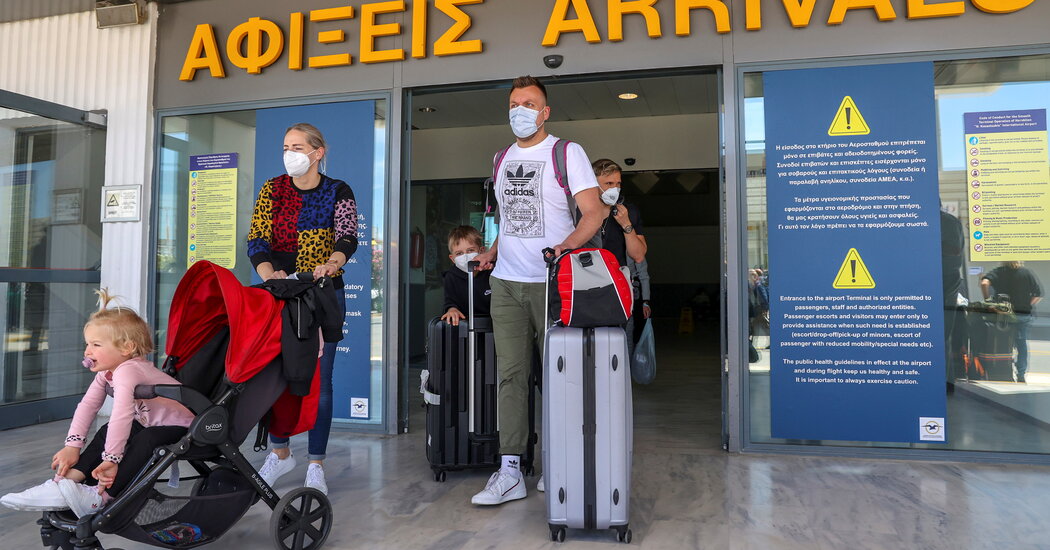 The first signs of the tourism season creeping back to life were visible at Greece’s ports and airports on Saturday as the country officially opened its doors to international visitors.

After lifting quarantine requirements for dozens of countries last month, the Greek authorities expanded the eligibility to more nations on Friday and relaxed some restrictions. Travelers must present a certificate of vaccination, proof of recovery from Covid or a negative PCR test.

The first flights arriving at Athens International Airport came from France, Germany, Sweden, Lithuania, Latvia and Switzerland, with most visitors heading for the Greek islands. Hundreds lined up for ferries at the country’s main port of Piraeus, near the capital, joining Greeks taking advantage of the ending of a ban on travel between the country’s regions.

Heraklion Airport on Crete was buzzing for the first time in months, with Germans, French and Israelis among the first arrivals, and the authorities said they expected 10,000 arrivals on the island over the next three days. Mykonos and Santorini, two of the country’s most popular summer destinations, welcomed just a handful of flights, as hotel occupancy remains set at around 30 percent for May. But hopes are high for the summer, with bookings for July close to 90 percent.

Two fire engines sprayed celebratory jets of water over aircraft arriving from Qatar on Friday while sounding their sirens. Boats similarly greeted the arrival of cruise ships to Crete.

The mood was upbeat on many islands, where a vaccination drive has been ramped up with the aim of inoculating hundreds of thousands of permanent residents by the end of June, in time for peak tourism season.

The country, having suffered heavy economic losses last year because of the pandemic, is determined to save its summer tourist season. Last month, when some restrictions were lifted, a third wave of coronavirus infections was in full force, and hospitals were facing high pressure.

About 14 percent of people in the country have been fully vaccinated, according to data from the Our World in Data project at the University of Oxford. The virus has sickened more than 373,000 people in Greece, and more than 11,300 have died.

The Seattle Seahawks are very much still in the running for Baker Mayfield. (Photo by Stacy ... [+] Revere/Getty Images) Getty Images The Seattle … END_OF_DOCUMENT_TOKEN_TO_BE_REPLACED

(CNN) — Kim Kyung-seop recalls going to cheap bars after class with his friends, where they binged on as much makgeolli as possible. "You know the … END_OF_DOCUMENT_TOKEN_TO_BE_REPLACED