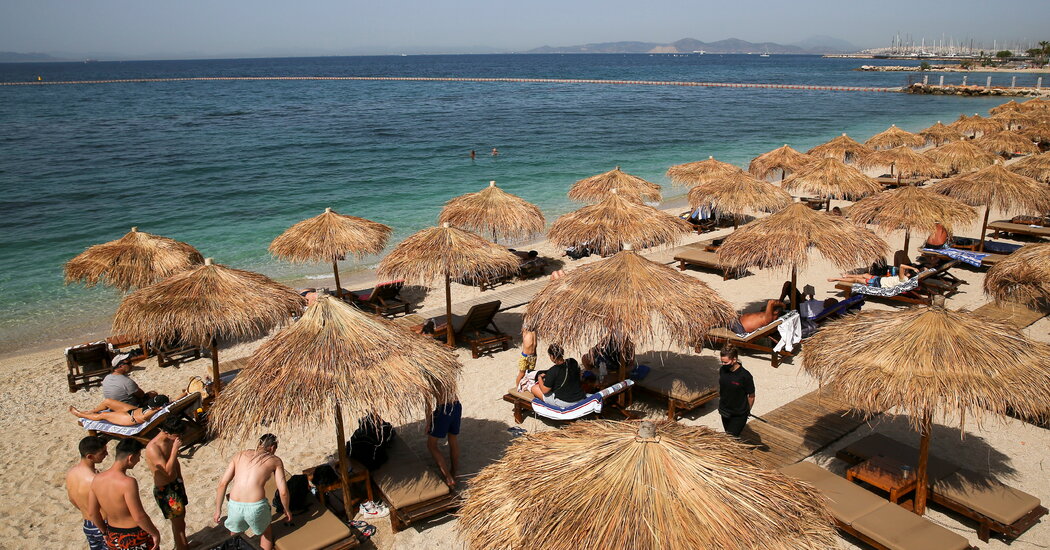 As the vaccination campaign in Greece rapidly expands to reach hundreds of thousands of residents across dozens of islands dotting the Aegean Sea, the country planned to throw open its doors on Friday to more foreign visitors, including those have been vaccinated, have proof of previous infection or can provide a negative coronavirus test result.

With tourism accounting for a fifth of the country’s work force and around 20 percent of gross domestic product, the loosening of restrictions is an economic priority.

The move comes as the country gradually eases domestic restrictions.

Cafes and bars opened last week after a six-month shuttering, and primary and junior high schools reopened this week.

On Friday, residents will no longer have to complete a form or notify the authorities via text message to leave the house for work, shopping, visits to doctors or physical exercise, among other reasons.

warning against travel to Greece, and similar advice is in place in many other countries.

Greece’s vaccination drive has been slow compared with other European Union countries, but it has stepped up in recent weeks.

About 1.3 million people in the nation of 10 million have been fully vaccinated, and 2.6 million have received one of their two shots, according to the authorities.

Prime Minister Kyriakos Mitsotakis on Tuesday heralded a plan to vaccinate the permanent residents of the country’s islands by the end of June.

In a teleconference call with the mayors of several Greek islands, Mr. Mitsotakis called the campaign Operation Blue Freedom — a variation of the name of the national inoculation drive, Operation Freedom.

The residents of 32 small islands have been fully vaccinated, and a drive to inoculate those on another 36 islands with up to 10,000 residents is on course to be complete by the end of May.

The next stage aims to vaccinate more than 700,000 residents of 19 larger islands, including the popular vacation destinations of Corfu, Mykonos, Rhodes, Santorini and Zakynthos, by the end of June.

That drive is to begin later this month, using the first large delivery of the one-dose Johnson & Johnson vaccine. Mr. Mitsotakis appealed to the mayors to encourage islanders to get the shots as part of broader efforts to build Greece’s first “mass wall of immunity.”

It’s a property that offers a unique open floor plan—plus a hot tub with a view.“It was a Methodist church located in a historic little area of St. … END_OF_DOCUMENT_TOKEN_TO_BE_REPLACED