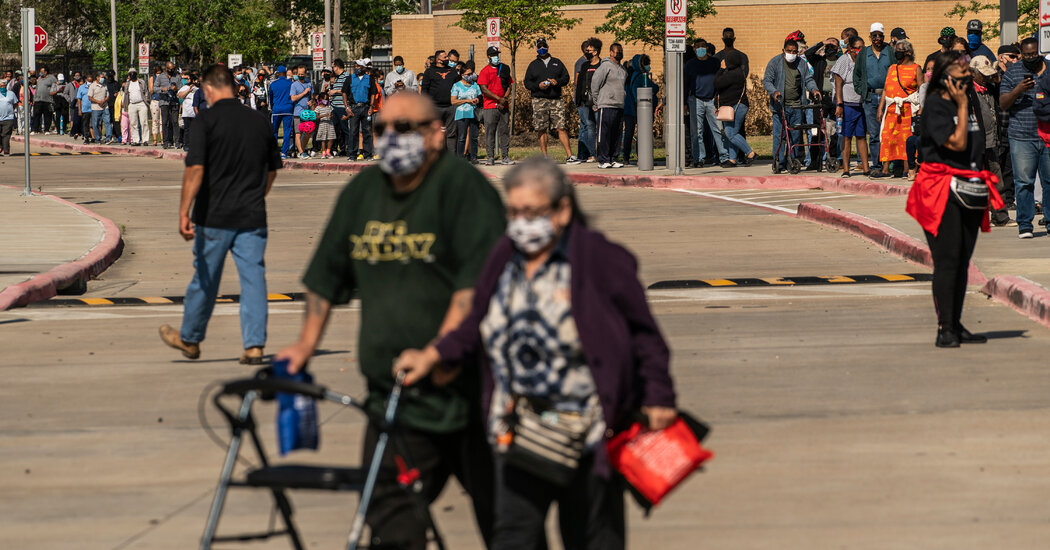 Gov. Greg Abbott of Texas may have been overly optimistic on Sunday when he said on Fox News that his state could be “very close” to herd immunity — the point where so much of the population is immune to Covid-19, either from being vaccinated or previously infected, that the virus can no longer spread.

“When you look at the senior population, for example, more than 70 percent of our seniors have received a vaccine shot, more than 50 percent of those who are 50 to 65 have received a vaccine shot,” Mr. Abbott, a Republican, told Chris Wallace. Mr. Wallace had asked why statewide infection, hospitalization and death rates were more under control than in other states, in spite of Texas reopening many activities and eliminating mask mandates.

The governor added, “I don’t know what herd immunity is, but when you add that to the people who have immunity, it looks like it could be very close to herd immunity.”

Michael Osterholm, an epidemiologist and director of the University of Minnesota’s Center for Infectious Disease Research and Policy, said, “There is no way on God’s green earth that Texas is anywhere even close to herd immunity.”

Michigan has 22 percent and Minnesota has 24 percent.

Estimates of what it would take to reach herd immunity have edged up since the pandemic began, ranging from requiring immunity in 60 percent to more than 90 percent of the population to halt transmission.

What the level really is, “We don’t know,” Dr. Osterholm said. “Anybody who will tell you exactly what the level of herd immunity is, is also likely to want to sell you a bridge.”

He predicted that within a few weeks or a month, Texas and other parts of the U.S. south and west would see rising case rates like the levels now occurring in the Upper Midwest and Northeast.

the coronavirus variant first identified in Britain and known as B.1.1.7, which is more contagious than the form of the virus that first emerged.

“These variants are game changers,” he said. “They really are. It’s really remarkable.”

AUSTIN, Texas--(BUSINESS WIRE)--As the first multifamily management company to be recognized in the Public Relations and Marketing Excellence Awards, … END_OF_DOCUMENT_TOKEN_TO_BE_REPLACED

There have been whispers of cooling housing and rental prices in the San Francisco Bay Area, but that hasn't yet translated into practical, noticeable … END_OF_DOCUMENT_TOKEN_TO_BE_REPLACED

Cars pass in Independence Square at twilight in Kyiv, Ukraine, Monday, Oct. 31, 2022. Rolling ... [+] blackouts are increasing across Ukraine as the … END_OF_DOCUMENT_TOKEN_TO_BE_REPLACED