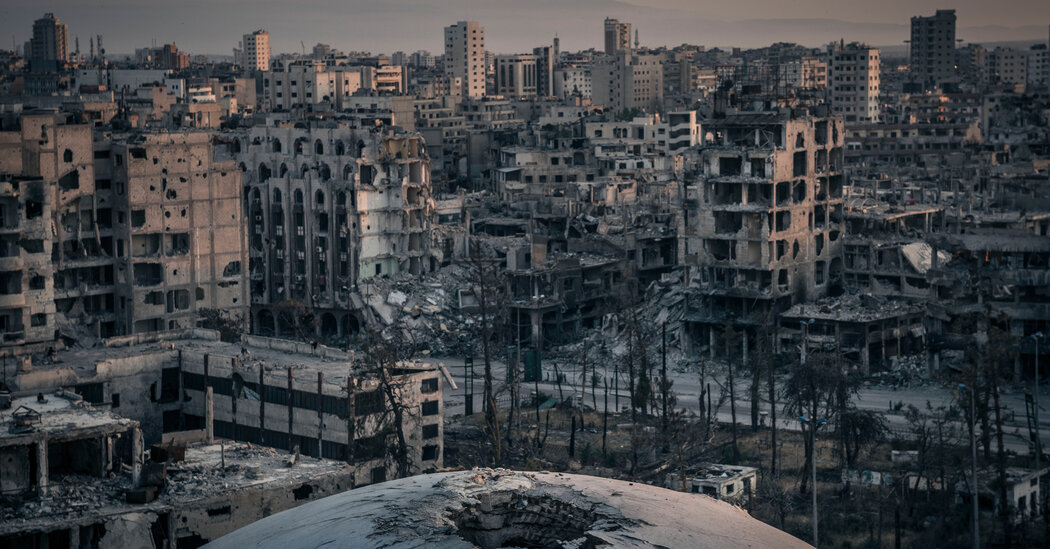 MOSCOW — Three human rights groups announced on Monday a legal action that they say is the first to target soldiers from the Russian mercenary organization Wagner for crimes committed in Syria, highlighting growing efforts to hold accountable contract soldiers in war zones.

The case arose from the swirl of violence in Syria as multiple factions, contract soldiers and proxy forces have fought one another outside the Geneva Conventions or other treaties on the laws of war. The legal filing tries to use a patchwork of national legislation and treaties to plug that hole, what the rights groups called an impunity gap for mercenaries even as they proliferate on modern battlefields.

“We are seeing a resurgence of mercenaries in armed conflicts around the world,” Ilya Nuzov, director for Eastern Europe and Central Asia at the International Federation for Human Rights, one of the groups that brought the legal action, said in a telephone interview. “Unfortunately, they commit grave human rights abuses.”

The case, if it ever comes to court, would seem easy to prosecute because those accused filmed themselves killing a man who they claimed was a member of the Islamic State militant group. It is not clear why they recorded the killing, but analysts said that it might have been for propaganda reasons or as a horrific form of advertising.

have studied the clips for years. But the killing remained a crime without punishment because of the complicated jurisdictional issues related to contract soldiers.

Novaya Gazeta, an independent Russian newspaper, two years ago identified one of the attackers as a member of the Wagner mercenary group, which the United States government has said in sanctions documents is financed by Yevgeny V. Prigozhin, an oligarch who has been called “Putin’s chef” for winning catering contracts for the Kremlin.

The Kremlin has denied any ties to Wagner or to the Russian-speaking men who appear in the video.

a rising concern for human rights groups. About three-quarters of wars today are fought by such soldiers, rather than by members of nations’ armed forces, said Varvara Pakhomenko, a human rights consultant.

In Syria, it was partly a moneymaking strategy. Under a program first revealed by Russian investigative reporters in 2017, the Syrian government granted companies with ties to the Russian security services mining, oil or natural gas rights in territories outside the Syrian state’s control. The practice was seen as an incentive for the companies to hire contract soldiers to capture the areas.

GREENVILLE, N.C.--(BUSINESS WIRE)--Employers aiming to win the war on talent have a new “A” team to tap into: college and professional athletes. … END_OF_DOCUMENT_TOKEN_TO_BE_REPLACED

Mortgage rates are likely to rise in July, extending a seven-month streak. High inflation, and the Federal Reserve's efforts to control it, have … END_OF_DOCUMENT_TOKEN_TO_BE_REPLACED