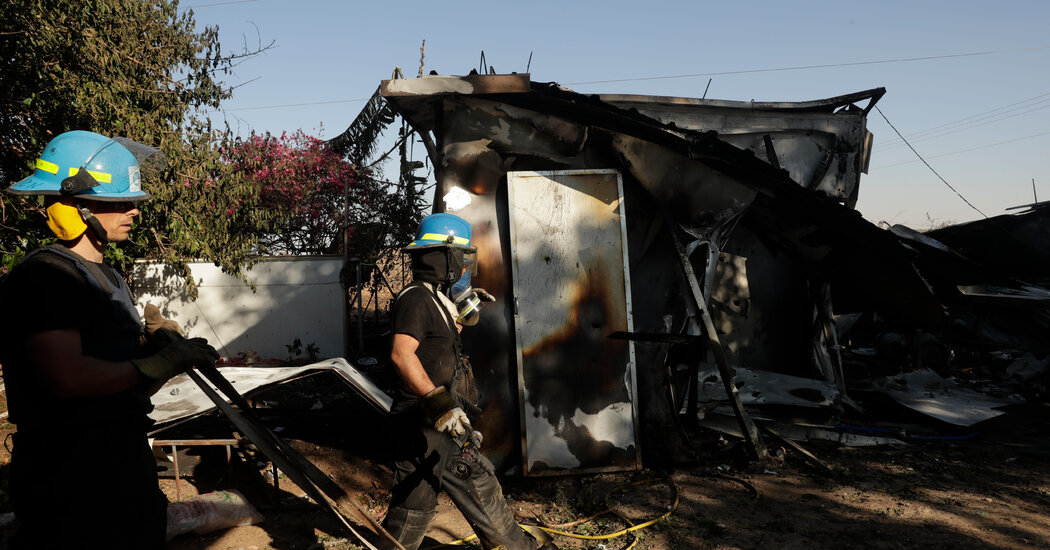 Foreign workers have long faced precarious living conditions in Israel, especially during military conflict. And on Tuesday, a Hamas rocket attack killed two Thai workers and wounded at least seven others in a packaging house in southern Israel, Thai and Israeli officials said.

Businesses near the border with Gaza are allowed to operate if they have access to a bomb shelter or a safety room, but a local official said the agricultural community where the Thai workers died did not have such a space.

That is often the case with such setups, an expert on foreign labor in Israel said.

“Thai workers come to Israel on temporary programs and live in caravans and containers that are often overcrowded and in poor sanitary conditions,” said Yahel Kurlander, a researcher and the University of Tel Aviv who specializes in Thai workers in Israel.

“These housings don’t have the safety rooms required by law or outlined in the contracts of these workers, who don’t have anywhere to hide,” she added.

Indian woman who worked as a caregiver in Ashkelon. Previous Hamas rocket attacks killed a Thai agricultural worker in Israel in 2014 and injured another in 2018.

Prime Minister Benjamin Netanyahu said in a briefing on Wednesday that the recent deaths of the foreign workers were “one more manifestation of the fact that Hamas indiscriminately targets everyone.”

Israel has likewise been criticized for the killing of civilians in Gaza in military airstrikes. Those strikes in the past 10 days have killed over 200 Palestinians and wounded more than 1,500 others.

AUSTIN, Texas--(BUSINESS WIRE)--As the first multifamily management company to be recognized in the Public Relations and Marketing Excellence Awards, … END_OF_DOCUMENT_TOKEN_TO_BE_REPLACED

There have been whispers of cooling housing and rental prices in the San Francisco Bay Area, but that hasn't yet translated into practical, noticeable … END_OF_DOCUMENT_TOKEN_TO_BE_REPLACED

Cars pass in Independence Square at twilight in Kyiv, Ukraine, Monday, Oct. 31, 2022. Rolling ... [+] blackouts are increasing across Ukraine as the … END_OF_DOCUMENT_TOKEN_TO_BE_REPLACED