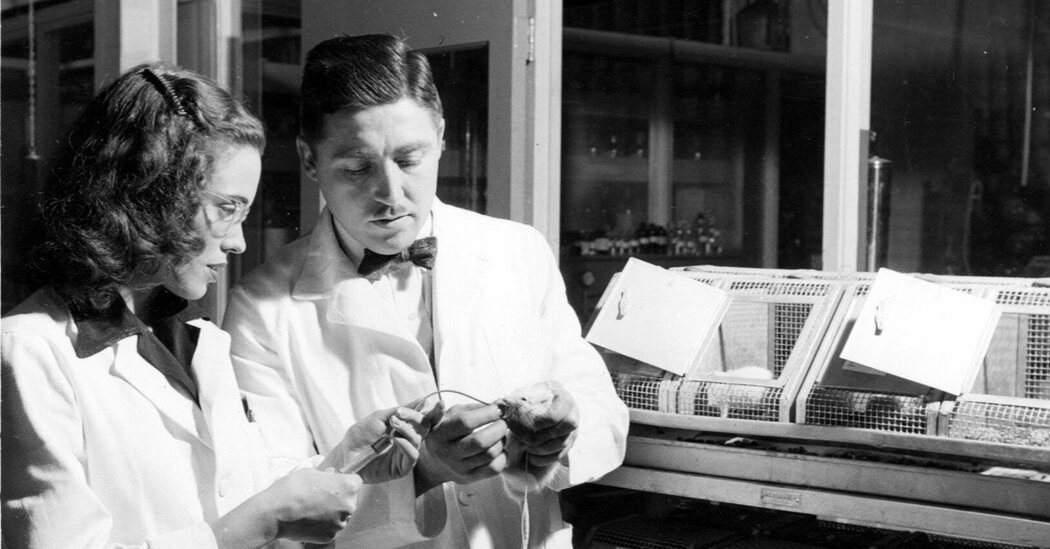 Helen Murray Free, a chemist who ushered in a revolution in diagnostic testing when she co-developed the dip-and-read diabetes test, a paper strip that detected glucose in urine, died on Saturday at a hospice facility in Elkhart, Ind. She was 98.

The cause was complications of a stroke, her son Eric said.

Before the invention of the dip-and-read test in 1956, technicians added chemicals to urine and then heated the mixture over a Bunsen burner. The test was inconvenient, and, because it could not distinguish glucose from other sugars, results were not very precise.

Working with her husband, who was also a chemist, Ms. Free figured out how to impregnate strips of filter paper with chemicals that turned blue when glucose was present. The test made it easier for clinicians to diagnose diabetes and cleared the way for home test kits, which enabled patients to monitor glucose on their own.

People with diabetes now use blood sugar meters to monitor their glucose levels, but the dip-and-read tests are ubiquitous in clinical laboratories worldwide.

commemorative booklet produced by the American Chemical Society in 2010.

She received her bachelor’s degree in 1944 and went to work for Miles Laboratories in Elkhart, first in quality control and then in the biochemistry division, which worked on diagnostic tests and was led by her future husband, Alfred Free. They married in 1947.

He provided the ideas; she was the technician “who had the advantage of picking his brain 24 hours a day,” Ms. Free recalled in an interview for this obituary in 2011. They soon set their sights on developing a more convenient glucose test “so no one would have to wash out test tubes and mess around with droppers,” she said. When her husband suggested chemically treated paper strips, “it was like a light bulb went off,” she said.

American Chemical Society in 1993. In 2009, she was awarded a National Medal of Technology and Innovation by President Barack Obama, and in 2011 she was inducted into the National Women’s Hall of Fame in Seneca Falls, N.Y., for her role in developing the dip-and-read test.

Miles Laboratories followed the introduction of the dip-and-read glucose test with a host of other tests designed to detect proteins, blood and other indicators of metabolic, kidney and liver disorders. “They sure went hog wild on diagnostics, and that’s all Al’s fault,” Ms. Free said in the commemorative booklet. “He was the one who pushed diagnostics.”

It wasn’t all smooth sailing. Several years after the introduction of the dip-and-read test, Miles moved Ms. Free to another division, citing an anti-nepotism policy. But two years later, after a change in management, she was transferred back to her husband’s division.

“They realized that breaking up a team like this was interfering with productivity in the lab,” Ms. Free said.

The Seattle Seahawks are very much still in the running for Baker Mayfield. (Photo by Stacy ... [+] Revere/Getty Images) Getty Images The Seattle … END_OF_DOCUMENT_TOKEN_TO_BE_REPLACED

LANSING, Mich. — At least 357 sitting Republican legislators in closely contested battleground states have used the power of their office to discredit … END_OF_DOCUMENT_TOKEN_TO_BE_REPLACED