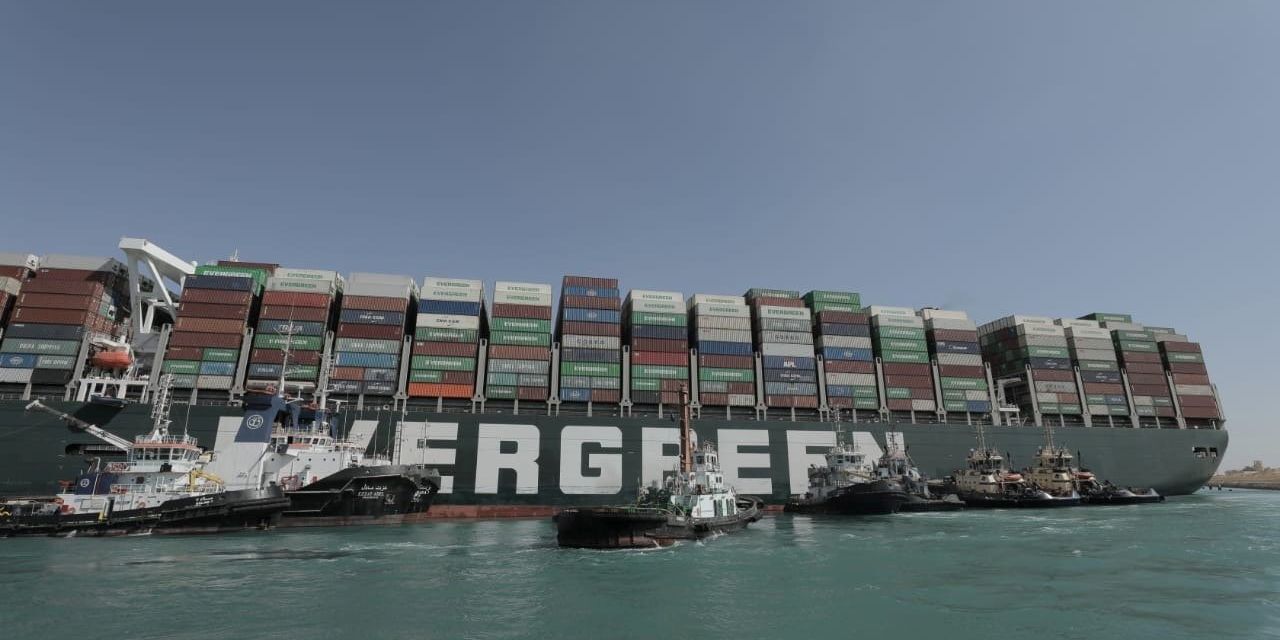 SUEZ, Egypt—Salvage teams are girding for another to attempt to free the Ever Given container ship that has been blocking the Suez Canal for five days, hoping that a higher-than-usual spring tide will help them unstick the 1,300-foot vessel from the east side of the channel.

People involved in the operation had earlier suggested the Ever Given, operated by Taiwan-based Evergreen Group, might have been freed as early as Saturday. A rescue team had earlier managed to free the ship’s rudder and start its engines after it veered off course during stormy conditions on March 23, blocking the critical trade route to traffic and disrupting global supply chains. Some 320 vessels are waiting to traverse the 120-mile channel, according to the Suez Canal Authority, which runs the waterway.

Dredging operations continued Sunday, and officials say they will try to free the ship with the help of the higher spring tide without having to unload containers to reduce its weight, which would be a difficult operation because of the location of the Ever Given.

“We hope we don’t reach a scenario of having to start taking containers off the ship, but we are preparing for it in case we have to,” said Osama Rabie, chairman of the canal authority, adding that these were the instructions of President Abdel Fattah Al Sisi.

The authority has already asked Dutch ship-salvage specialist Smit Salvage, which flew in Thursday to aid the rescue, to assess what kind of support vessels would be needed to help an unloading operation.

You were seeing double this week: A spectacular $54 million compound featuring two equally luxurious mansions separated by a private lake in Southwest … END_OF_DOCUMENT_TOKEN_TO_BE_REPLACED