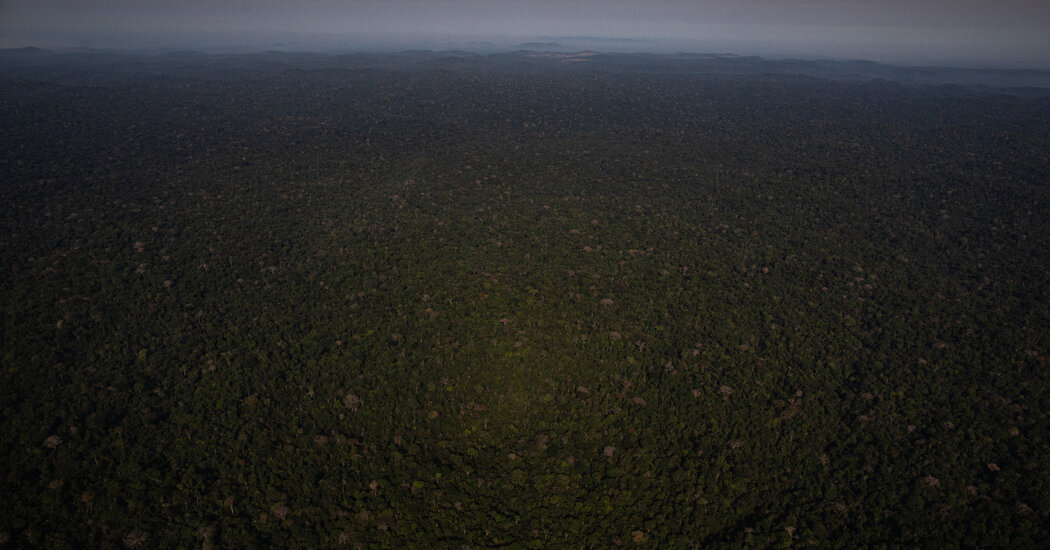 “I had to let go of my own standards to try to support myself through this tough period,” he said, noting the working conditions were very unsafe. “I would never fly for wildcat mining again.”

After this plane crashed, when it became clear help was not going to come from the sky, Mr. Sena, 36, started walking.

He turned on his dying phone one final time to launch a geolocation app and then, looking at the map, decided to head in the direction of the Paru River, some 60 miles away. It was the closest area he knew to be inhabited.

For days, Mr. Sena walked only in the morning, using the sun’s position to head eastward toward the river. After slogging through swamps and ducking under vines for hours, he would stop in the afternoon to set up a campsite, using palm trees and branches to shelter from the rain.

Mr. Sena knew that predators usually hunt near the water, where prey is abundant. So he slept on hills. But he was frequently besieged by packs of spider monkeys, which tried to destroy his precarious shelters.

“They are very territorial,” he said. “I never want to cross their path again.”

The monkeys, however, were a godsend: After watching them eat a small, bright pink fruit called breu, Mr. Sena assumed it was safe for human consumption, and it became his main source of sustenance. Besides that, he ate three small, blue eggs from inambu birds, and little else.

One afternoon about four weeks after the crash, when he gone three days without eating, a buzzing noise stopped him in his tracks. Chain saw!

DONETSK REGION, Ukraine — Between the cracks of mortar fire and the metallic bangs of Russian self-detonating mines, Yurii, a Ukrainian Army medic, … END_OF_DOCUMENT_TOKEN_TO_BE_REPLACED

SAN FRANCISCO — Cleve Jones has lived in the Castro neighborhood for nearly 50 years, almost from the day he graduated from high school in Phoenix and … END_OF_DOCUMENT_TOKEN_TO_BE_REPLACED