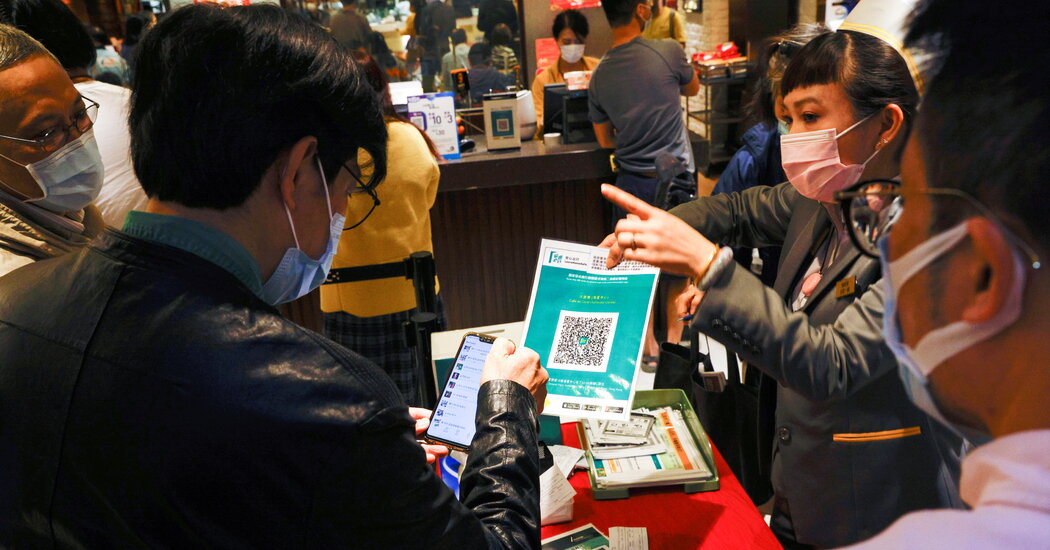 Hong Kong eased restrictions on Thursday at restaurants and bars where staff and customers have begun receiving coronavirus vaccinations, part of an effort to help businesses hurt by the pandemic while attempting to boost an anemic inoculation drive.

Under a complex set of new rules, establishments that were ordered closed for much of the past year — including bars, nightclubs and karaoke parlors — will be allowed to reopen until 2 a.m. if staff and customers have had their first shot.

Any establishment that wants to take advantage of the measures must use the government’s contact tracing app. Under previous regulations, residents could forgo the app and fill out their details on paper, an option that has been popular among people worried about what data the app collects and how it might be used.

its vaccination effort has languished. As of Thursday, slightly more than 13 percent of people in the Chinese territory had received a dose of the Sinovac or Pfizer vaccine, with 7 percent having received both doses.

Hong Kong is also requiring residents who want to go to Singapore under a new quarantine-free travel bubble to be fully vaccinated. Officials have said that such a requirement is likely to be enforced under any subsequent travel bubbles with other destinations.

In other news around the world:

MIAMI--(BUSINESS WIRE)--Intelli Smart Homes, the leading smart home technology company, has been recognized as one of America’s fastest-growing … END_OF_DOCUMENT_TOKEN_TO_BE_REPLACED

Customers outside a Walmart store in Torrance, California, US, on Sunday, May 15, 2022. Walmart Inc. is scheduled to release earnings figures on May … END_OF_DOCUMENT_TOKEN_TO_BE_REPLACED

The past few years have been brutal on homebuyers' budgets. Would-be buyers have been priced out of some of the most desirable neighborhoods thanks to … END_OF_DOCUMENT_TOKEN_TO_BE_REPLACED