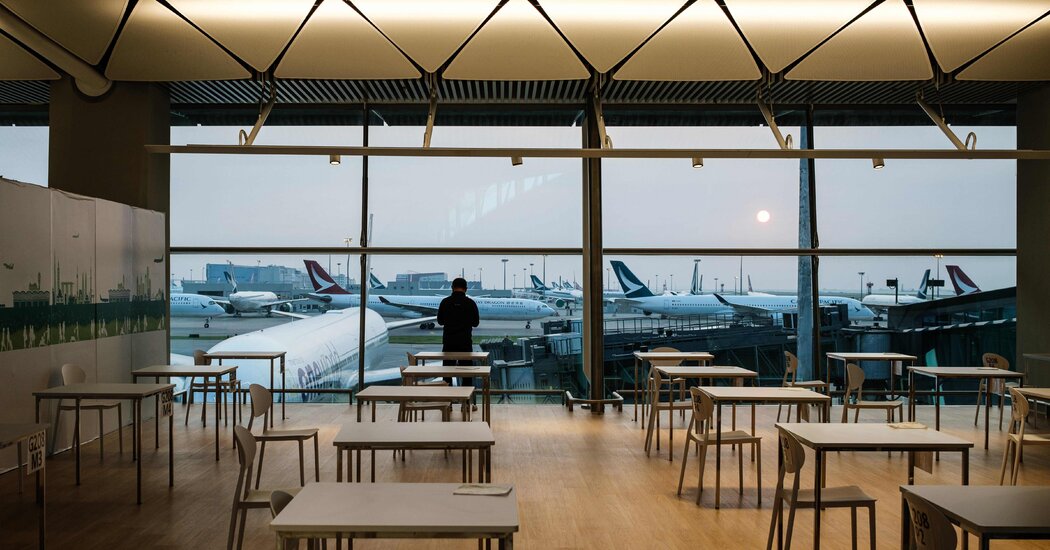 The Hong Kong government said last month that it would allow hundreds of residents who have been stranded in Britain by virus-related travel restrictions to return on two special flights.

But when those residents went to book seats on flights, the website for Cathay Pacific Airways, Hong Kong’s flag carrier, crashed. The snafu on Thursday was the latest chapter in a bureaucratic saga that has left them feeling angry, confused and exasperated.

The Hong Kong government suspended flights from Britain in December as a coronavirus variant spread through that country. It also barred anyone who had spent more than two hours there or in other “extremely high-risk” places in the previous 21 days from boarding a direct flight to the Chinese territory.

Those measures, which remain in effect, also apply to inbound travelers who have recently been to Brazil, Ireland or South Africa. But last week Hong Kong said that it would arrange two special return flights from London on Cathay Pacific in late April. It cited Britain’s declining caseload and “satisfactory vaccination progress” as reasons for the policy shift.

reported last week that the travel ban had stranded more than 600 Hong Kong residents in Britain. Mr. Bux said on Friday that some of them had been unable to book seats on the special flights.

It was unclear whether additional flights would be offered, or why officials in Hong Kong, where the borders have been closed to nonresidents for more than a year, waited more than three months to schedule the two flights. A spokeswoman for the Immigration Department referred questions on Friday to the Food and Health Bureau, which declined to comment.

Mr. Bux said he could sympathize with the stranded travelers because he, too, had been stranded by the December ban while visiting family in Liverpool. He said he was among the 200 to 300 Hong Kong residents who had managed to make it home from Britain after spending a 21-day “wash out” period in a third country like Thailand, Egypt or the United Arab Emirates.

mandatory three-week hotel quarantine, one of the world’s longest. Some scientists have questioned whether that policy is too strict because the coronavirus is widely considered to have a 14-day incubation period.

“After my departure from the U.K., I needed 42 days to resume my normal life in Hong Kong,” he said. “It’s a really long period.”

AUSTIN, Texas--(BUSINESS WIRE)--As the first multifamily management company to be recognized in the Public Relations and Marketing Excellence Awards, … END_OF_DOCUMENT_TOKEN_TO_BE_REPLACED

There have been whispers of cooling housing and rental prices in the San Francisco Bay Area, but that hasn't yet translated into practical, noticeable … END_OF_DOCUMENT_TOKEN_TO_BE_REPLACED

Cars pass in Independence Square at twilight in Kyiv, Ukraine, Monday, Oct. 31, 2022. Rolling ... [+] blackouts are increasing across Ukraine as the … END_OF_DOCUMENT_TOKEN_TO_BE_REPLACED