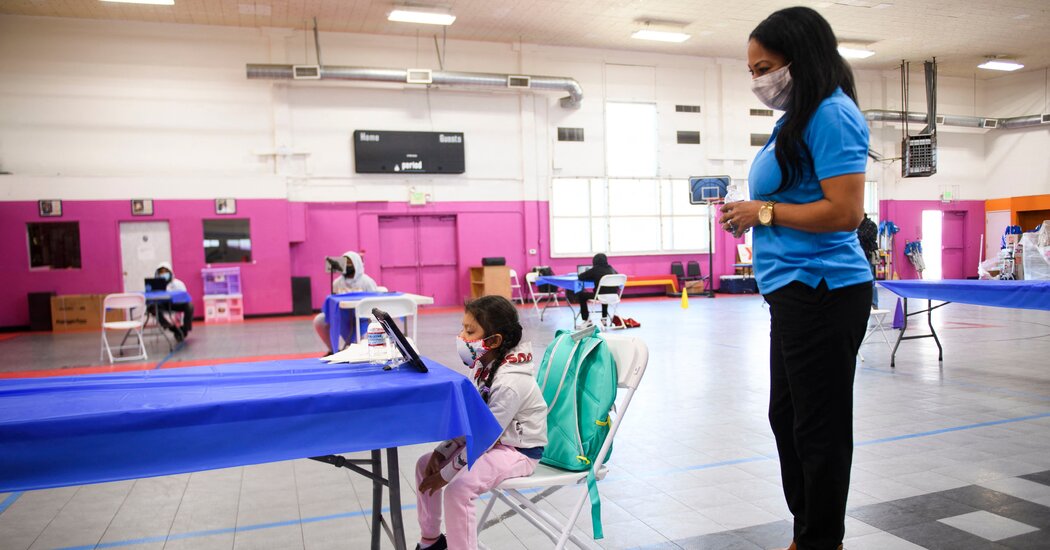 The early coronavirus mistakes were mostly mistakes of excessive optimism. Many scientists, including Dr. Anthony Fauci, did not immediately grasp the threat. Neither did we in the media. President Donald Trump made the extreme version of this mistake, with a series of false statements minimizing the problem. Some politicians continue to show undue optimism, ending mask mandates and allowing full restaurants.

But overoptimism isn’t the only type of error in public health. Pessimism can also do damage. And at our current stage in the pandemic — as the United States finishes its first year of life dominated by Covid-19 — pessimism has become as much of a problem as optimism.

Thousands of schools remain closed, to children’s detriment, even though epidemiologists say that many can safely open. Irrationally negative talk about the vaccines has fed hesitation about getting them. The widespread notion that normal life won’t return anytime this year — if ever — has caused some people to give up on social distancing and mask wearing. They seem to be saying: What’s the point?

Difficult truths can sometimes be a vital public-health tool. But so can optimism. Optimism can help people to get through tough times and make sacrifices, in the belief that better days are ahead.

In a White House address last night, President Biden tried to balance realism and hope. He began with a somber recitation of Covid’s costs, including job loss, loneliness, canceled gatherings, missed time in school and, most of all, death. At one point, he reached into his jacket pocket and removed a card — which he always carries, he said — with the current American death toll printed on it. The past year, he said, had been one “filled with the loss of life and the loss of living for all of us.”

Yet when it came time for Biden to tell Americans what he wanted them to do — to wear masks, maintain social distancing and get vaccinated — he did not use darkness as motivation. He used July 4.

“If we do all this, if we do our part, if we do this together, by July the 4th, there’s a good chance you, your families and friends, will be able to get together in your backyard or in your neighborhood and have a cookout or a barbecue and celebrate Independence Day,” he said, standing alone at a podium in the White House’s East Room. “Finding light in the darkness is a very American thing to do.”

The speech included plenty of caveats, about virus variants, uncertainty and more. Biden’s political strategy on the virus is clearly to underpromise so he can overdeliver. But that’s part of what made the July 4 vision memorable. Even Biden, with all of his caution, seems to grasp the power of hopefulness at this moment.

After 12 months of a pandemic, it’s hard to inspire people to action with only grim warnings of all that could still go wrong. People need to know the full picture, both bad and good. They need a source of motivation beyond fear.

all adult Americans eligible to receive a Covid vaccine by May 1.

Go deeper: On his Times Opinion podcast, Ezra Klein talks with Dr. Ashish Jha of Brown University about the tensions between pandemic optimism and pessimism. Ezra suggests that some politicians, especially in liberal parts of the country, are undermining their own pandemic response by being so negative: “They’re not giving people a way out of this they can hold on to.”

In response to Monday’s newsletter about the mystery of the relatively low Covid death tolls in Africa and Asia, several researchers wrote to me to add a potential explanation that had not been on my list: obesity.

Countries with higher obesity rates have suffered more Covid deaths on average, as you can see in this chart that my colleague Lalena Fisher and I put together:

Dr. David L. Katz told me, and oxygen deprivation has been a common Covid symptom. A paper by Dr. Jennifer Lighter of New York University and other researchers found that obesity increased the risk of hospitalization among Covid patients.

It’s a particularly intriguing possibility because it could help explain why Africa and Asia have suffered fewer deaths than not only high-income countries but also Latin American countries. Latin Americans, like Europeans and U.S. residents, are heavier on average than Africans or Asians.

Modern Love: A woman takes a vow of celibacy.

Lives Lived: Lou Ottens and his team at Philips, the Dutch electronics company, introduced the cassette tape in 1963 as a way to play music in a portable fashion. The invention revolutionized the music business. He died at 94.

What happened at ‘Reply All’?

The four-part series “The Test Kitchen” — a production of the popular Gimlet Media podcast “Reply All” — was supposed to tell the story about workplace racism at the food magazine Bon Appétit.

Halfway through the series, it was overshadowed by a story about Gimlet’s own culture. Former Gimlet employees accused the show of hypocrisy, saying its host, Sruthi Pinnamaneni, and her editor, P.J. Vogt, contributed to the kinds of workplace conditions that they aimed to expose.

wrote on Twitter about a “toxic dynamic” at the company. Both Pinnamaneni and Vogt, along with some other Gimlet executives, had been critical of unionization efforts at Gimlet. Among other things, the union sought to address accusations of racial inequity at the company, Katherine Rosman and Reggie Ugwu write in The Times. (Gimlet executives declined to comment for the Times article.)

Gimlet’s story isn’t unique, Nicholas Quah writes in Vulture. “There were very few Black employees at the company,” Quah writes, “and the ones who were there had the kind of experiences that made them feel their perspectives were trivialized.”

NEW YORK--(BUSINESS WIRE)--Stake, which provides Cash Back and banking services to renters, announced today the completion of its $12 million Series A … END_OF_DOCUMENT_TOKEN_TO_BE_REPLACED

The Sacramento home where Ronald and Nancy Reagan lived during his tenure as governor of California has hit the market for $5 million.Built in 1929, … END_OF_DOCUMENT_TOKEN_TO_BE_REPLACED