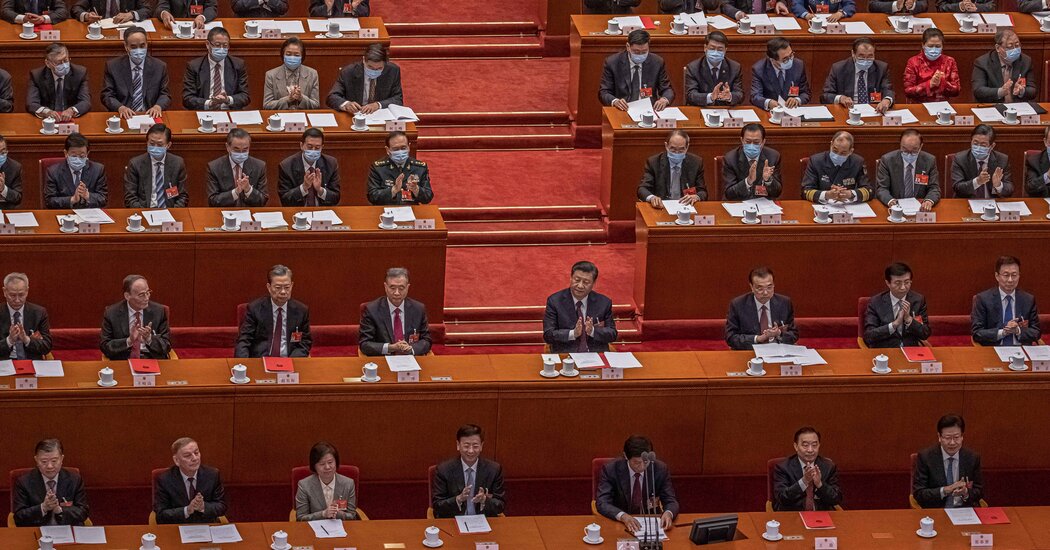 BEIJING — China approved on Thursday a drastic overhaul of election rules for Hong Kong that would most likely bar many pro-democracy politicians from competing in elections, cementing Beijing’s grip over the territory.

The National People’s Congress, China’s Communist Party-controlled legislature, voted almost unanimously to give pro-Beijing loyalists more power to choose Hong Kong’s local leader, as well as members of its legislature. The decision builds on a sweeping national security law for Hong Kong, imposed last year after months of protests, that the authorities have used to quash opposition in the former British colony.

Premier Li Keqiang said at his annual news conference that the new legislation was needed to ensure that “patriots” run the territory. But critics contend that the new election system will wipe out the already limited democracy that Hong Kong enjoyed after its return to Chinese sovereignty in 1997.

Here is what we know about the changes.

Beijing will have even more say over who leads Hong Kong.

Until now, Hong Kong’s chief executive has been selected by a 1,200-member Election Committee dominated by Beijing’s allies. This has allowed China to pick leaders it trusts.

But a groundswell of support for the territory’s democracy movement during massive protests in 2019 raised the possibility that the opposition could amass a majority of votes to stymie Beijing’s choice.

Beijing plans to add 300 more spots on the committee, which could allow more seats to go to its allies. The congress also imposed a new rule that would most likely prevent democrats from getting on the Election Committee’s ballot. To be nominated, a candidate will now require at least some support from each of the five main groups on the committee. Beijing will now have the chance to form one group entirely from its loyalists, which would block pro-democracy nominees.

Such moves are likely to deprive democracy supporters of much say when the committee votes early next year to select Hong Kong’s leader. The current chief executive, Carrie Lam, is eligible to run for re-election but has not yet said whether she will do so.

Candidates deemed ‘disloyal’ would be rooted out.

Beijing will also empower the Election Committee to directly appoint some members of Hong Kong’s legislature. To many, this is a regression, as the committee lost the authority to appoint lawmakers several years after Hong Kong returned to Chinese sovereignty from British rule.

“I think overall this is an effective, fast, hard-line kind of reverse democratization package,” said Sonny Lo, a political analyst based in Hong Kong. “The pro-democracy forces, even if they can win all the directly elected seats, they will be destined to be a permanent minority.”

Half the seats in the legislature are currently chosen by direct elections and half by so-called functional constituencies: various professions, business groups and other special interests. Until recently, the democrats had held around two dozen seats, and often used their presence to protest China’s encroachment on the territory’s autonomy and filibuster some local government measures.

“We will be able to resolve the problem of the LegCo making everything political in recent years and effectively deal with the reckless moves or internal rift that have torn Hong Kong apart,” she said.

Beijing ordered an expansion of the legislature, to 90 seats from 70. It did not say how many of those seats would be directly appointed by the election committee.

The congress also said the Hong Kong government would establish a separate committee to vet candidates seeking to run for the legislature or chief executive. This process is designed to weed out anyone who might be considered disloyal to Beijing.

Even before the legislation takes force, the Beijing-backed government in Hong Kong has moved quickly to extinguish the opposition.

Many activists have been detained or arrested on charges tied to the national security law, including Joshua Wong; Martin Lee, known as the “father of democracy” in Hong Kong; and Benny Tai, a law scholar. Their voice has been significantly dimmed.

Pro-democracy activists warned that the election law changes would amount to a death knell for the territory’s limited voting rights.

Lo Kin-hei, the chairman of the Democratic Party and one of the few prominent opposition figures not in custody, called the electoral changes “a sad move for Hong Kong.”

Last month, the authorities charged 47 people — many of them well-known democracy activists — with conspiracy to commit subversion.

Their crime in the eyes of the police was their role in holding a primary election intended to help identify pro-democracy candidates for legislative elections that were originally scheduled for last September. The government postponed those elections for a year, citing the pandemic, and has hinted that a further postponement might be needed while the new election law is drafted and implemented. 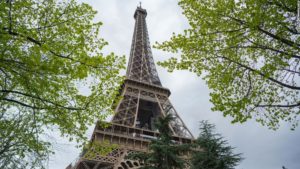 The Eiffel Tower is riddled with rust and in need of full repairs, but instead it is being given a cosmetic 60 million euro paint job ahead of the … END_OF_DOCUMENT_TOKEN_TO_BE_REPLACED