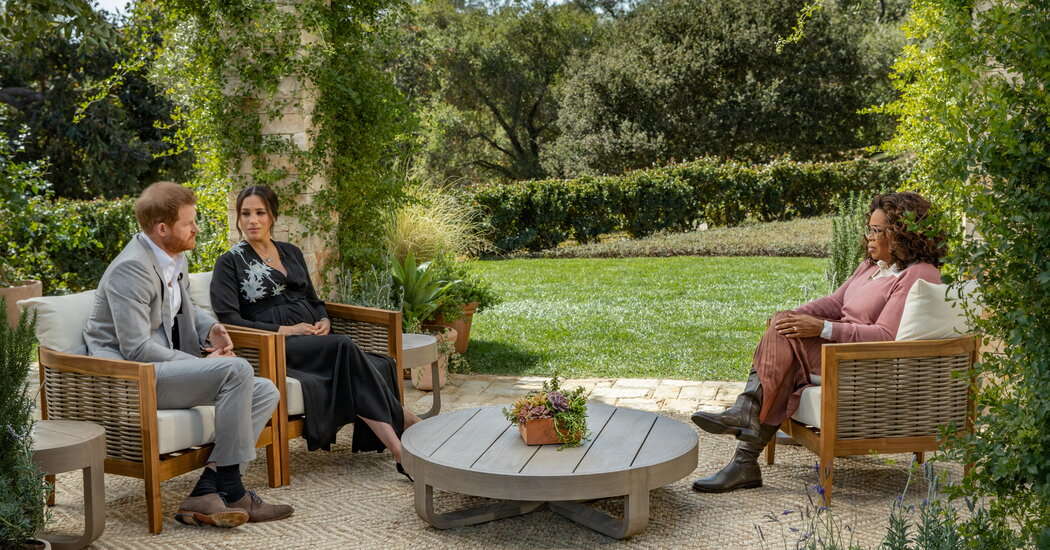 When Prince Harry and his wife, Meghan, present their side of a sensational royal rupture to Oprah Winfrey from 8 p.m. to 10 p.m. Eastern on Sunday night, it is sure to be one of the most anticipated, and most heavily spun, television interviews in recent memory.

CBS and Oprah Winfrey’s company, Harpo Productions, have stoked expectations for the two-hour prime-time program airing on CBS and CBS.com, which will be broadcast in Britain on Monday night by the ITV network, with peekaboo excerpts that show her seated with Prince Harry and his wife, Meghan, in a relaxed outdoor setting, but offer only glimpses of what they are talking about.

“Were you silent or were you silenced?” Ms. Winfrey asks at one point, as Meghan looks at her but says nothing. “You’ve said some pretty shocking things here,” she says at another, as dramatic music wells up.

Harry, who will join Meghan for the second half of the interview, appears briefly in an excerpt to say, “My biggest concern was history repeating itself.” That is an apparent reference to the fate of his mother, Princess Diana, who was killed in a car accident in Paris in 1997 after a high-speed pursuit involving photographers.

SAN FRANCISCO — Cleve Jones has lived in the Castro neighborhood for nearly 50 years, almost from the day he graduated from high school in Phoenix and … END_OF_DOCUMENT_TOKEN_TO_BE_REPLACED

A home inspection can spare you from unpleasant surprises after you buy. After crunching the numbers, searching your favorite neighborhoods, and … END_OF_DOCUMENT_TOKEN_TO_BE_REPLACED