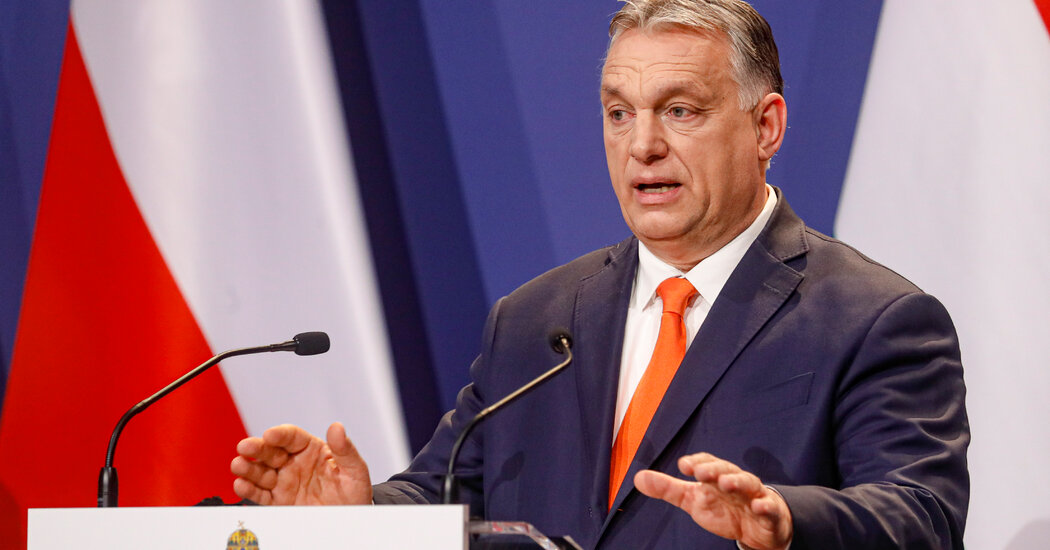 Hungary’s Parliament voted Tuesday to transfer control of 11 state universities, along with billions of euros in related state assets, to quasi-public foundations led by close allies of the country’s prime minister, Viktor Orban.

Critics immediately denounced the move as a government handover of both public education and a vast network of public assets — including real estate and shares in Hungarian companies — to Mr. Orban and his supporters.

According to the measure that passed Tuesday, the foundations will “ensure the realization of vital public goals” by managing the universities more efficiently, regardless of who is in power.

But going forward, any changes to the rules governing the foundations will require a two-thirds majority in Parliament. Practically speaking, this means any effort to tinker with the new system of oversight will require the same level of political support as overhauling the Constitution.

advance nativist policies in Hungarian economics, education, and culture. Accusations that Mr. Orban has eroded the rule of law and democratic values have put him on a collision course with the European Union, one of the few meaningful checks on his power.

challenged the bloc’s effort to tie billions in E.U. aid to the countries’ adherence to the rule of law. Following months of tense negotiations, which required unanimity from the E.U.’s national leaders, a compromise was reached to limit E.U. oversight to matters directly tied to the bloc’s financial interests.

Within days, Mr. Orban’s governing coalition adopted a raft of sweeping measures to curtail the rights of gay people and to make it harder to monitor how the government spends public funds.

Higher education features prominently in the government’s proposal for how it plans to use a windfall of subsidies expected through the E.U.’s coronavirus recovery fund. According to Bloomberg, Hungary has asked the E.U. to channel one-fifth of the grants it is eligible to receive under the bloc’s €800 billion recovery fund to the “modernization of universities.”

The framework created Tuesday, Prof. Scheppele said, “removes all transparency from how E.U. funds are spent, and any assets that go into these foundations go off the public books — out of the purview of the state audit office, out of the reach of freedom of information requests, and out of all public accountability.”

“He may not be preparing to lose” next year’s elections, Mr. Hadhazy said of Mr. Orban, “but this will suffice in terms of a Plan B.”

AUSTIN, Texas--(BUSINESS WIRE)--As the first multifamily management company to be recognized in the Public Relations and Marketing Excellence Awards, … END_OF_DOCUMENT_TOKEN_TO_BE_REPLACED

There have been whispers of cooling housing and rental prices in the San Francisco Bay Area, but that hasn't yet translated into practical, noticeable … END_OF_DOCUMENT_TOKEN_TO_BE_REPLACED

Cars pass in Independence Square at twilight in Kyiv, Ukraine, Monday, Oct. 31, 2022. Rolling ... [+] blackouts are increasing across Ukraine as the … END_OF_DOCUMENT_TOKEN_TO_BE_REPLACED