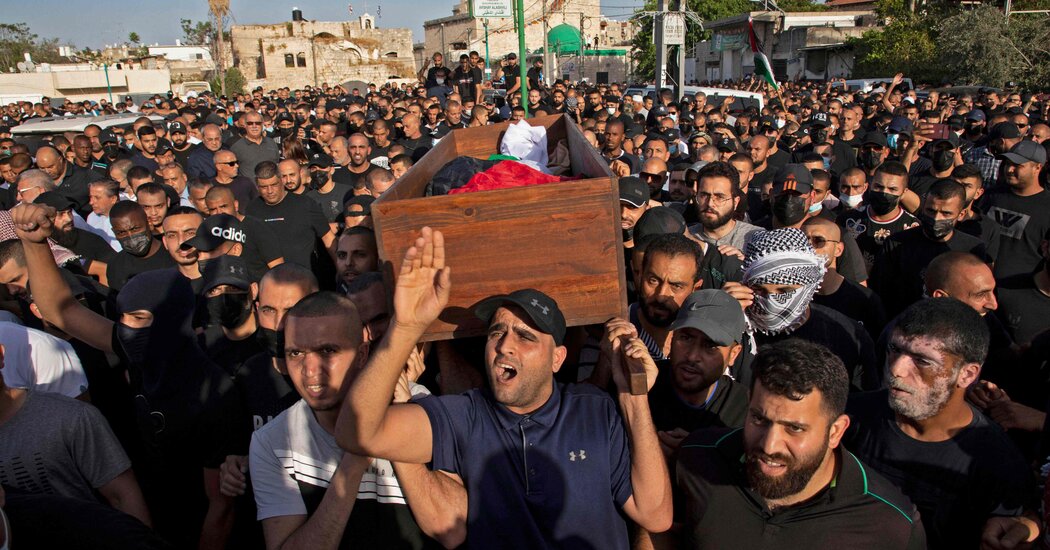 The International Criminal Court’s main prosecutor said on Wednesday that she was closely watching Israel and Hamas, the militant group that controls the Gaza Strip, for potential new war crimes in the current conflict.

“I note with great concern the escalation of violence in the West Bank, including East Jerusalem, as well as in and around Gaza, and the possible commission of crimes under the Rome Statute,” the prosecutor, Fatou Bensouda, said in a statement. She was referring to the court’s statute on crimes against humanity and war crimes.

Ms. Bensouda’s office said in March, before the latest conflict erupted, that it had begun an investigation into mutual accusations of war crimes by Israel and Palestinian militant groups. That decision, which infuriated Israeli leaders, was largely welcomed by the Palestinian leadership and its supporters.

The court had already started a preliminary investigation six years earlier, on the heels of the 50-day Israel-Gaza conflict in 2014. It covers alleged crimes since June 13, 2014, shortly before the start of that fighting.

Israel is not a member of the International Criminal Court, which is based in The Hague, and it has maintained that the court has no jurisdiction over the area in question. But the court ruled that its jurisdiction extended to the West Bank, the Gaza Strip and East Jerusalem.

On Wednesday, Ms. Bensouda said that her office would continue to monitor the situation and address “any matter that falls within its jurisdiction.” The prosecutor’s office will investigate all sides to assess whether there is individual criminal responsibility under the statute, she added.

“I echo the call from the international community for calm, restraint and a stop to the violence,” she added.

SEATTLE--(BUSINESS WIRE)--(NASDAQ: RDFN) —The housing market turned a corner in April as the inventory crunch showed signs of easing, according to a … END_OF_DOCUMENT_TOKEN_TO_BE_REPLACED

We present a chance to live like Rocky Mountain royalty right in the heart of Denver. “You don't see a lot of castles in the middle of Denver—and this … END_OF_DOCUMENT_TOKEN_TO_BE_REPLACED