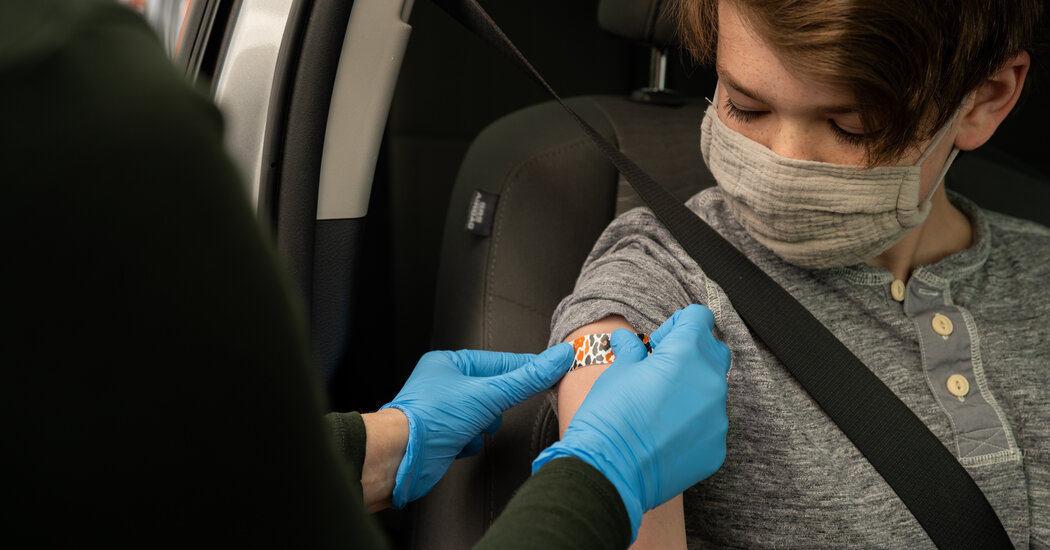 Immunity to the coronavirus lasts at least a year, possibly a lifetime, improving over time especially after vaccination, according to two new studies. The findings may help put to rest lingering fears that protection against the virus will be short-lived.

Together, the studies suggest that most people who have recovered from Covid-19 and who were later immunized will not need boosters. Vaccinated people who were never infected most likely will need the shots, however, as will a minority who were infected but did not produce a robust immune response.

Both reports looked at people who had been exposed to the coronavirus about a year earlier. Cells that retain a memory of the virus persist in the bone marrow and may churn out antibodies whenever needed, according to one of the studies, published on Monday in the journal Nature.

The other study, which is also under review for publication in Nature, found that these so-called memory B cells continue to mature and strengthen for at least 12 months after the initial infection.

Some scientists have interpreted this decrease as a sign of waning immunity, but it is exactly what’s expected, other experts said. If blood contained high quantities of antibodies to every pathogen the body had ever encountered, it would quickly transform into a thick sludge.

Instead, blood levels of antibodies fall sharply following acute infection, while memory B cells remain quiescent in the bone marrow, ready to take action when needed.

landmark study in 2007 showed that antibodies in theory could survive decades, perhaps even well beyond the average life span, hinting at the long-term presence of memory B cells. But the new study offered a rare proof of their existence, Dr. Gommerman said.

Dr. Nussenzweig’s team looked at how memory B cells mature over time. The researchers analyzed blood from 63 people who had recovered from Covid-19 about a year earlier. The vast majority of the participants had mild symptoms, and 26 had also received at least one dose of either the Moderna or the Pfizer-BioNTech vaccine.

confirming results from other studies; the shots also ramped up the body’s neutralizing ability by about 50-fold.

Senator Rand Paul, Republican of Kentucky, said on Sunday that he would not get a coronavirus vaccine because he had been infected in March of last year and was therefore immune.

But there is no guarantee that such immunity will be powerful enough to protect him for years, particularly given the emergence of variants of the coronavirus that can partially sidestep the body’s defenses.

The results of Dr. Nussenzweig’s study suggest that people who have recovered from Covid-19 and who have later been vaccinated will continue to have extremely high levels of protection against emerging variants, even without receiving a vaccine booster down the line.

“It kind of looks exactly like what we would hope a good memory B cell response would look like,” said Marion Pepper, an immunologist at the University of Washington in Seattle who was not involved in the new research.

The experts all agreed that immunity is likely to play out very differently in people who have never had Covid-19. Fighting a live virus is different from responding to a single viral protein introduced by a vaccine. And in those who had Covid-19, the initial immune response had time to mature over six to 12 months before being challenged by the vaccine.

“Those kinetics are different than someone who got immunized and then gets immunized again three weeks later,” Dr. Pepper said. “That’s not to say that they might not have as broad a response, but it could be very different.”

Hometown Deli, Paulsboro, N.J.Mike Calia | CNBCThree men were charged with fraud and other crimes in a scheme involving a company that was worth $100 … END_OF_DOCUMENT_TOKEN_TO_BE_REPLACED

Even before Jens Rasmussen and Maria Aparo decided to spend their lives together, they shared several experiences. Both, for instance, have enjoyed … END_OF_DOCUMENT_TOKEN_TO_BE_REPLACED