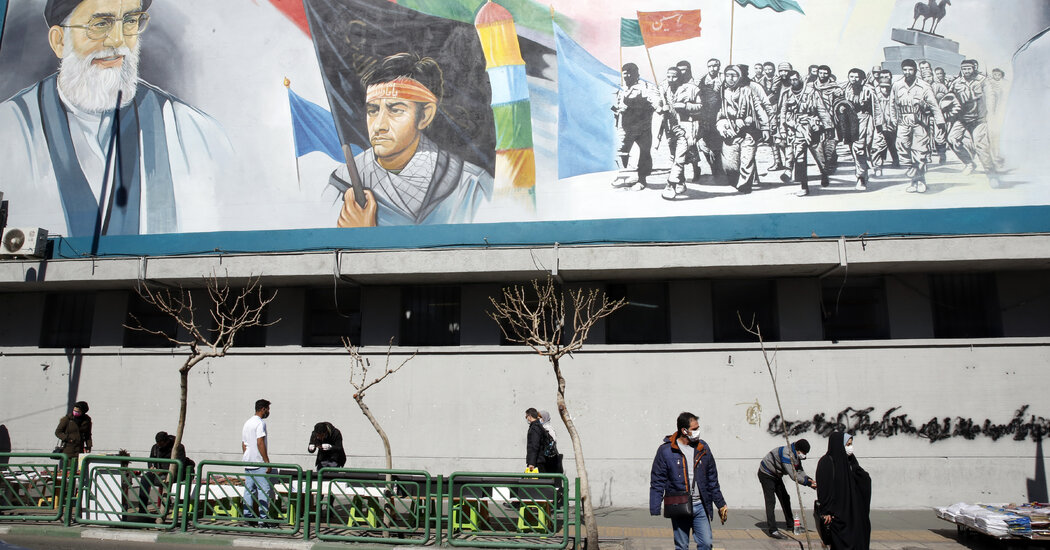 WASHINGTON — Three weeks ago, in a show of both good faith and diplomatic pressure, the United States offered to rejoin nuclear talks with Iran. The double-edged overture fell flat: Iran refused to meet without first receiving financial incentives, and the Biden administration made clear, as the White House national security adviser, Jake Sullivan, put it, that “the ball is in their court.”

That set off a new rush among world powers to resuscitate a 2015 nuclear accord that the United States exited three years after negotiating it, leaving Iran to steadily violate the terms of the deal.

Diplomats from Britain, France and Germany have since urged Iran to accept a joint European-American invitation on Feb. 18 to begin informal negotiations. Officials from China and Russia have taken a more sympathetic approach in asking Tehran in recent days to return to talks. President Hassan Rouhani of Iran discussed the delicate diplomacy in a phone call with Prime Minister Boris Johnson of Britain on Wednesday and President Emmanuel Macron of France last week.

“We have to use this window of opportunity,” Josep Borrell Fontelles, the European Union’s top foreign policy official, told an Atlantic Council forum on Feb. 23.

“America was first in breaking with the agreement and it should be the first to return to it,” Mr. Rouhani said on Wednesday during a cabinet meeting in Tehran.

He appears torn between allies in Europe and critics in Congress over broadening the nuclear accord to also limit Iran’s ballistic missiles program and its support for proxy militias across the Middle East.

Though many senior administration officials had negotiated the nuclear deal while working for President Barack Obama, and still support it, they also say they are unwilling to compromise further — particularly as Iran persistently tests Mr. Biden’s limits.

“Can you assure us that we’re not going to make concessions just to get a meeting?” Representative Brad Sherman, Democrat of California, asked Secretary of State Antony J. Blinken on Wednesday during a House hearing, referring to the nuclear accord, known as the Joint Comprehensive Plan of Action.

“I can,” Mr. Blinken responded.

“Do we expect that before we give them sanctions relief that they will verifiably either be in full compliance with the J.C.P.O.A. or be on a negotiated path toward full compliance?” Mr. Sherman asked.

The demands for a broader accord to address other Iranian threats echoes the Trump administration’s goals of a pressure campaign against Tehran. But Mr. Biden’s pursuit to “lengthen and strengthen” the deal is also calculated to assuage Democratic critics of the 2015 accord.

Among them is Senator Bob Menendez, Democrat of New Jersey and chairman of the Foreign Relations Committee, who oversees the State Department and the approval process for presidential nominees to work there.

“Iran’s continuous engagement on so many other fronts — on the ballistic missiles, on the destabilization of the region, on its continuing advocacy for terrorism to its proxies — you know that just going back to the J.C.P.O.A. is really a difficult proposition,” Mr. Menendez told reporters in Washington on Tuesday.

proposed legislation to address Iran’s missile program and proxy support “after such time that all sides return to their commitments”
under the nuclear accord.

Iran’s leaders have warned that expanding the accord is a nonstarter, and European diplomats worry that broaching it in the delicate negotiations will scuttle the entire effort.

Trita Parsi, the founder of the National Iranian American Council and executive vice president of the Quincy Institute, a policy center that advocates military restraint, said both Iran and the United States would “have to swallow some pride and pay a political cost” if negotiations were to restart.

“And the longer they wait, the higher that cost will be,” Mr. Parsi wrote in an analysis published on Feb. 28.

Iran’s latest breach of the nuclear deal came on Feb. 23, when Tehran formally prohibited the International Atomic Energy Agency from conducting snap inspections of at least some Iranian nuclear sites.

Mr. Grossi rushed in to negotiate a three-month stopgap, during which Iran will give inspectors some access to its sites as diplomats try to rekindle negotiations. After Mr. Grossi’s second meeting with Iranian officials in two weeks, European diplomats announced they would hold off, “for now,” on formally rebuking Iran’s refusal to allow snap inspections.

Mr. Blinken’s demand for the release of Americans being held in Iran by opening the door to direct negotiations with the United States on a prisoner exchange. At least four American dual citizens are being held by Iran, which has a long history of detaining foreigners and dual citizens on bogus charges of espionage and swapping them for Iranians incarcerated abroad.

An Iranian government spokesman, Ali Rabiei, said the impasse over the nuclear accord should not delay a prisoner swap. “We can discuss all the prisoners at one time and resolve this issue,” Mr. Rabiei told journalists in Tehran.

Last month, the United States lifted travel restrictions on Iranian officials visiting the United Nations headquarters in New York, and dropped its demand that the United Nations Security Council enforce international sanctions against Iran. Both were presented to Tehran as good-faith efforts.

Despite the impasse, American and European diplomats said informal talks could begin in coming weeks. When they do, it is expected that the United States and Iran could agree to take simultaneous steps toward coming back into compliance with the 2015 accord.

GREENVILLE, N.C.--(BUSINESS WIRE)--Employers aiming to win the war on talent have a new “A” team to tap into: college and professional athletes. … END_OF_DOCUMENT_TOKEN_TO_BE_REPLACED

Mortgage rates are likely to rise in July, extending a seven-month streak. High inflation, and the Federal Reserve's efforts to control it, have … END_OF_DOCUMENT_TOKEN_TO_BE_REPLACED