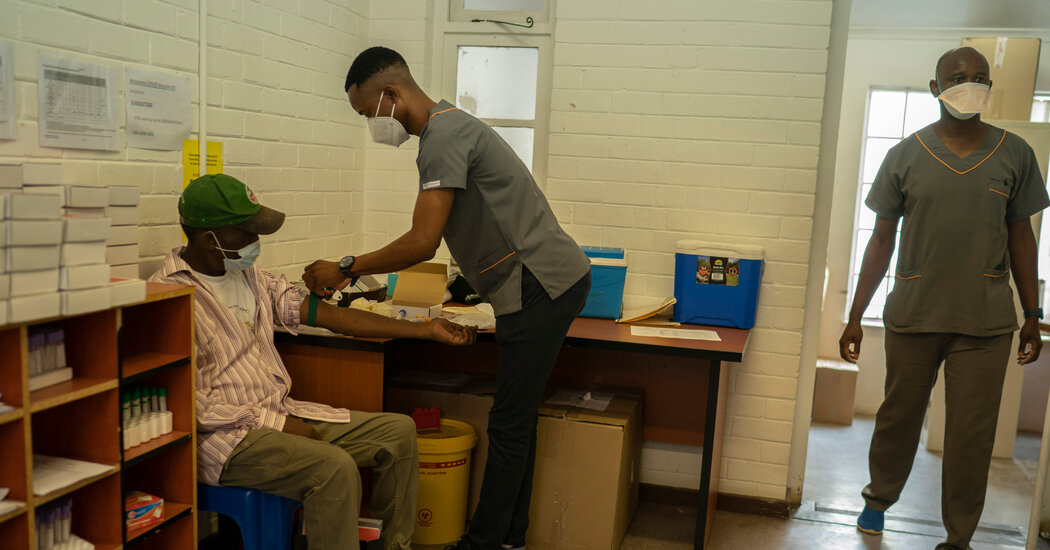 In a year that has seesawed between astonishing gains and brutal setbacks on Covid-19, few moments were as sobering as the revelation last month that a coronavirus variant in South Africa was dampening the effect of one of the world’s most potent vaccines.

That finding — from a South African trial of the Oxford-AstraZeneca shot — exposed how quickly the virus had managed to dodge human antibodies, ending what some researchers have described as the world’s honeymoon period with Covid-19 vaccines and setting back hopes for containing the pandemic.

As countries adjust to that jarring turn of fortune, the story of how scientists uncovered the dangers of the variant in South Africa has put a spotlight on the global vaccine trials that were indispensable in warning the world.

“Historically, people might have thought a problem in a country like South Africa would stay in South Africa,” said Mark Feinberg, the chief executive of IAVI, a nonprofit scientific research group. “But we’ve seen how quickly variants are cropping up all around the world. Even wealthy countries have to pay a lot of attention to the evolving landscape all around the world.”

a recent lab study, the Oxford-AstraZeneca vaccine protected hamsters exposed to the variant from becoming ill, even if the animals’ immune responses were somewhat weaker. The human trial in South Africa was too small to say definitively whether the vaccine prevented severe disease. But the finding that it provided minimal protection against milder cases was itself discouraging, given that the shot remains the backbone of many poorer countries’ rollouts.

announced the discovery of the variant a week later. The serendipitous placement of the trials gave scientists what they almost never have: an open-air laboratory for watching, in real time, as a vaccine and a variant faced off.

Since the Oxford results were announced last month, Dr. Koen said, volunteers have been trying to console her: “I’m getting a lot of messages of condolence, and ‘I’m sorry,’” she said.

So long as that vaccine and others prevent severe disease, even in cases of the variant, the world can live with the virus, scientists said. But the trial in South Africa nevertheless underscored the need to stamp out the virus before it mutates further. Without it, scientists said, the world could have been blind to what was coming.

“We would anticipate these variants are not the end of the story,” said Andrew Pollard, the Oxford scientist in charge of its trials. “For the virus to survive, once populations have good immunity against the current variants, it must continue to mutate.”

MIAMI — In a welcome but likely brief victory for supporters of abortion rights, a judge in Florida blocked a state law banning abortions after 15 … END_OF_DOCUMENT_TOKEN_TO_BE_REPLACED

NEW YORK--(BUSINESS WIRE)--Stake, which provides Cash Back and banking services to renters, announced today the completion of its $12 million Series A … END_OF_DOCUMENT_TOKEN_TO_BE_REPLACED

The Sacramento home where Ronald and Nancy Reagan lived during his tenure as governor of California has hit the market for $5 million.Built in 1929, … END_OF_DOCUMENT_TOKEN_TO_BE_REPLACED